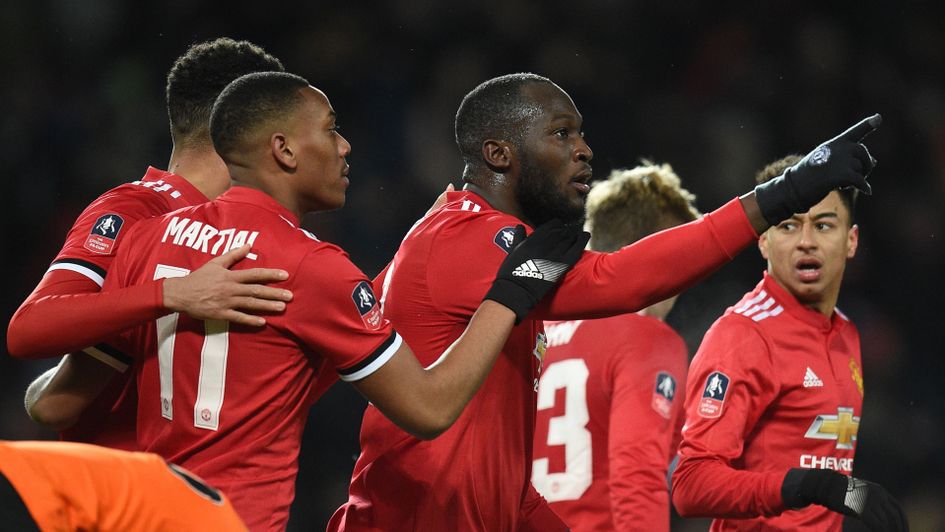 Manchester United were unable to match the intensity shown during Jose Mourinho's extraordinary pre-match press conference, but headers from Romelu Lukaku and Nemanja Matic saw them through to the FA Cup semi-finals at Brighton's expense.

Reeling from the criticism that followed Tuesday's shock Champions League last-16 exit at home to Sevilla, the Portuguese went on an impassioned 23-minute defence of his record as he spoke of the Red Devils' "heritage" and challenges on Friday.

There were to be no such fireworks at Old Trafford against well-drilled Brighton, with Lukaku and Matic - the only two players the United boss highlighted as consistent performers - securing a 2-0 quarter-final win that sends United to Wembley.

Progress to the FA Cup semi-finals provides a timely shot in the arm heading into the international break, but Mourinho's side were far from convincing on a bitterly cold evening at Old Trafford.

The atmosphere created by the singing section being trialled was far more impressive than the hosts' performance in a drab first half, which briefly flickered into life as Chris Smalling hit a post before Lukaku headed home a 37th-minute opener.

United struggled to build on that lead after the break, with back-up goalkeeper Sergio Romero producing several fine saves to deny impressive Brighton before Matic settled things late on.

Wembley awaits but Mourinho is sure to have been more impressed by the atmosphere than his side's play. 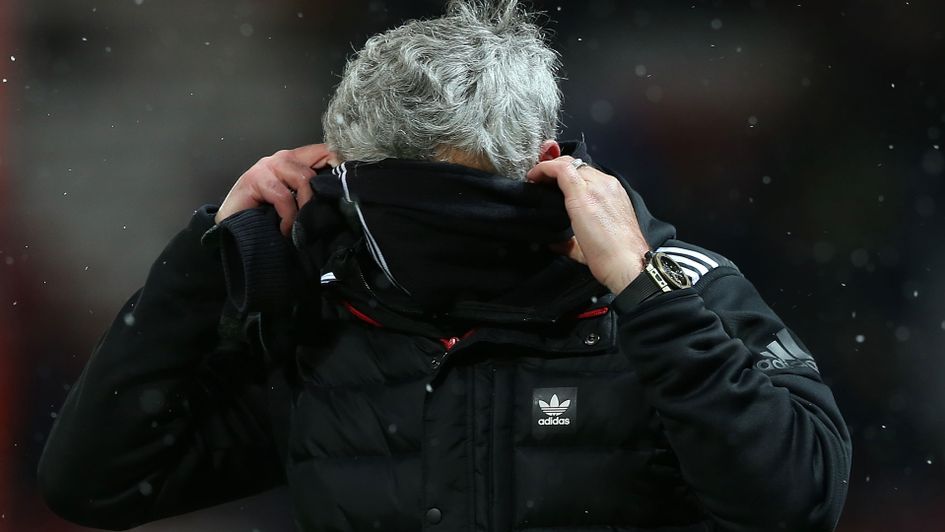 The lack of noise at Old Trafford has been a bugbear for the United boss, so he will have no doubt been pleased by the results of the singing zone in an area normally reserved for away fans.

Nemanja Matic was pleased Manchester United bounced back from their midweek Champions League defeat against Sevilla.

He told BT Sport 1: "It was difficult for us after the defeat. We were very sad after the Sevilla game. It was good to see a good a reaction after that and I'm happy that we went through and we are into the next round.

"A 1-0 result is always dangerous because they are a good team. It was important to kill the game with a second goal and that's what we did. We managed to score two goals and to win, of course.

"When you play for Manchester United, supporters always expected to win the trophies. I hope we're ready to win the FA Cup which is very important in England."

United boss Jose Mourinho was unhappy with his side's performance and said Matic was an "island" surrounded by players lacking the personality needed to perform well.

He said: "I didn't like the game. I think we deserved to win because the team was more or less in control for most of the time. But we didn't play the way I want the players to play, I didn't have the reaction from all of them. I had the reaction from some of them and because some of them were meant to be strong enough and with the football quality to play (that) was the reason why we won.

Romelu Lukaku is confident the Red Devils will regroup stronger after the international break.

He said: "The loss against Sevilla was a big loss for us but we have to look forward and make sure we are all in for the FA Cup.

"We have to make sure we prepare really well for the next game.

"Hopefully we (will) get back really well after the internationals and we have to grow in confidence and perform better."