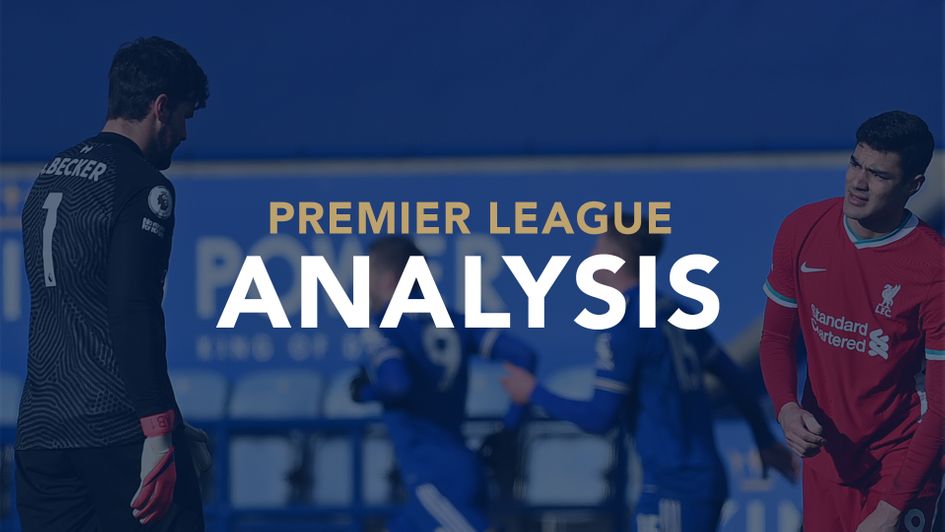 Leicester moved up to second in the Premier League table with a 3-1 victory over Liverpool in Saturday's early kick-off.

James Maddison, Jamie Vardy and Harvey Barnes were all among the goals to leave the Reds stunned, having held a 1-0 lead in the 77th minute before a collapse from the away side.

VAR overturning two decisions, one in Liverpool's favour and one not, saw Maddison give Leicester the lead before a complete miscommunication between Alisson and Ozan Kabak helped Vardy tap into an empty net.

Barnes' late winner will have been welcomed by both Leicester fans and Sporting Life readers - with that goal ensuring the two tips of a Leicester win (5/2) and that victory coming with over 3.5 goals (9/1) both landing, alongside a 22/1 correct score prediction in our preview.

Are Liverpool a poor side now and will Leicester finish in the top-four?

Is Alisson a bad goalkeeper?

Alisson and Kabak have had an absolute mare.

The answer is no, but we can't hide from the fact that the last two weekends have been disastrous for the Liverpool stopper.

Who is more at fault for the second goal, Alisson or new signing Ozan Kabak? We could make a case for both but there was a clear lack of communication and again we're talking about Liverpool gifting goals to the opposition.

Alisson's incredible recovery save on the line to deny Jamie Vardy a second reminded us that he is a top quality goalkeeper at his best, and he may be suffering from the back line being far from settled.

Much focus has been on the shuffled defence and what that has done for the shape of the team but it must be unsettling for a goalkeeper behind them too. Confidence is low and a new pair seemingly every single week can't help things.

The Reds have failed to keep a clean sheet in their last six away games in all competitions, and that run includes the trip to Aston Villa where they faced a side made up of under-18s.

There is no quick fix to Alisson's current issues, and he'll return to his best in the long run, but it's a defensive problem on a par with their current long list of injuries. They are right to continue playing him through this spell though with the alternative option of dropping to the bench surely causing more harm than good.

How was Ozan Kabak's Liverpool debut? 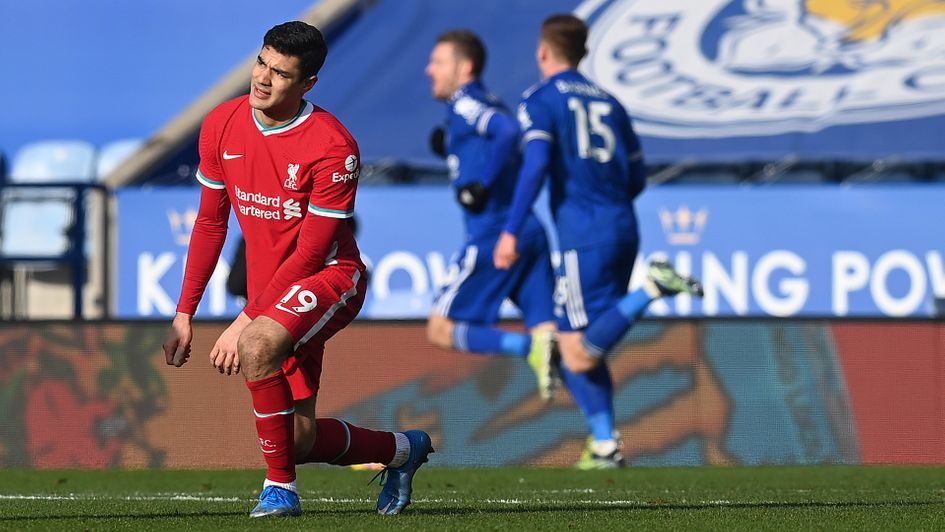 It was certainly one to forget. We have to acknowledge how tough the situation is at Liverpool but Kabak will be in no hurry to watch this game back.

The only major error of the game was credited to him as he knocked the ball past Alisson for Vardy to run on and tap into an empty net. He failed to register a successful interception and, prior to Leicester's second goal, that was the noticeable aspect of his performance.

Kabak always seemed to be stuck in two minds about his approach. Long balls over the top, a strength of Leicester's with Vardy up front, created an uncomfortable situation. It was a case of going to the ball or tracking the runner - Kabak often ended up doing neither.

This created situations where play went past the defender. He hasn't been at the club for long and it is perhaps a case of adjusting to the system but it's another issue in an area of the pitch that is becoming beyond problematic for the Reds.

Is a top-four finish for Leicester nailed on? 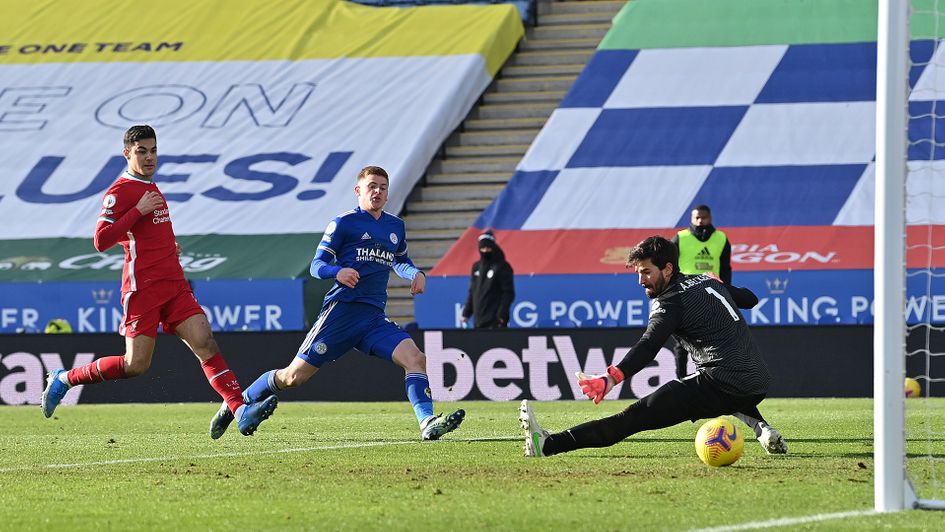 It's been tough to forecast anything in the most unpredictable of Premier League seasons but Leicester have a result here that will enhance belief that they can secure Champions League football for 2021/22.

The first hour of the game suggested otherwise. Effective Liverpool pressing combined with a passive-looking Foxes side meant the hosts failed to create sustained spells of pressure, although they did hit the bar through Vardy with the game at 0-0.

However, the equaliser sparked them into life and, while the focus will be on the defensive error for the go-ahead goal, it came about because of a more confident approach to attack. Leicester looked more willing to try those long balls into Barnes and Vardy, who had space to drive into.

Sky Bet have the Foxes at 8/11 for a top-four finish which is bigger than it should be at this stage. Those below do hold a game in hand but Leicester are now seven points clear of Chelsea in fifth. They are also fourth in the form charts over the last 10 games.

Will Liverpool play in the Europa League next season? 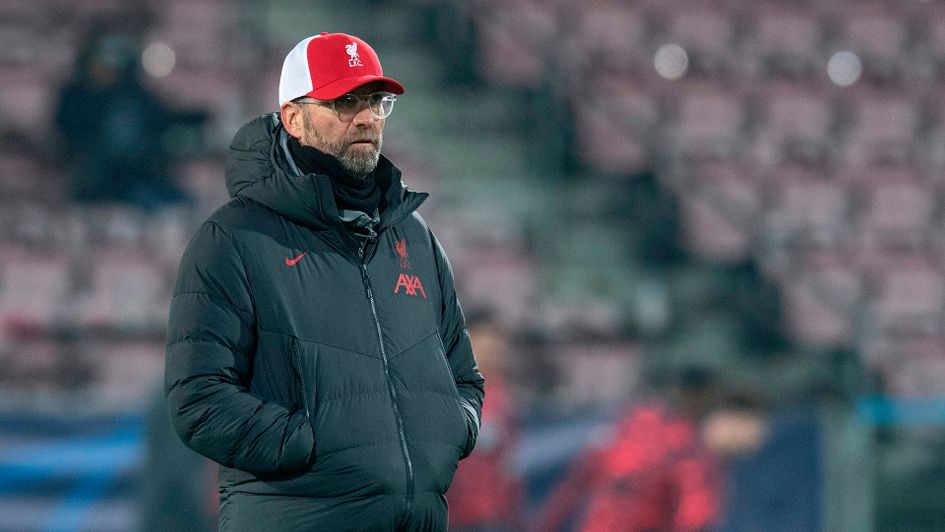 It's becoming a very strong possibility that Liverpool miss out on the Champions League. Their title defence has turned into a nightmare battle for the top-four and there is a good chance they will find themselves down in sixth or seventh by the time the final whistle of the Premier League weekend is blown on Monday.

Injuries are a key factor and enough has been said on that but their attacking output has decreased significantly. Richard Jolly's excellent feature looks into the numbers and, as a team, they look nothing like the side that dominated English football last season.

Sky Bet's 4/11 on Liverpool finishing in the top-four is surely based on reputation. The form charts over the last 10 games have the Reds down in 15th. Nine points have come from their last possible 30 - it's the form of a bottom-half team, not one battling at the top.

When the odds are back up, it's worth investigating the price on Liverpool ending the season fifth or below. Virgil van Dijk, Joel Matip and Joe Gomez are all long-term injuries and that list is only growing. This is no longer a poor run, this is a serious problem that the Reds are struggling to solve.