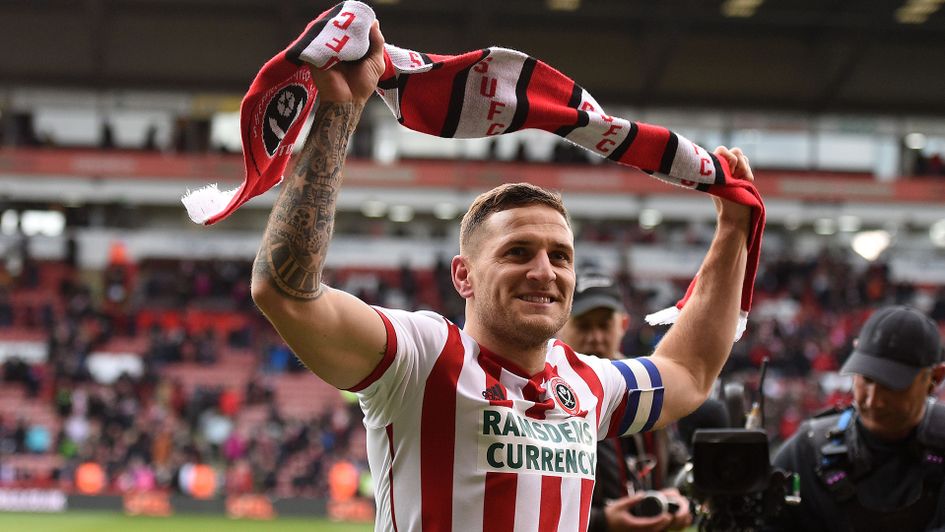 Billy Sharp, Sheffield born and bred and already a hometown hero, has written himself into Blades folklore by captaining his boyhood club to the Premier League.

Even his name reads like a fictional character from Roy of the Rovers, which is perfectly apt since his story could have been lifted straight out of the enduring comic strip.

It is a story of rejection and perseverance, tragedy and longevity and ultimately glory. The striker twice departed his beloved Blades earlier in his career in pursuit of goals, but later returned for a third spell and has proved to be their talisman.

⚔️ In the 16 games he scored in, his boyhood club lost just one and collected 39 points!

Sharp, 33, became the English Football League's leading goalscorer this century when taking his tally to 220 against Wigan in January.

He has since scored seven more and sits above Rickie Lambert, Wayne Rooney, Jamie Cureton and Jermain Defoe in the top-five list and is now a Premier League footballer again, this time with the club he has always loved.

His next target is 250 - no mean feat for "the fat lad from Sheffield".

When Sharp left the Blades for the first time in 2005 he scored nine goals in 16 appearances on loan for Rushden & Diamonds before notching 53 in League One during two seasons for Scunthorpe, who won promotion to the Championship under Nigel Adkins. 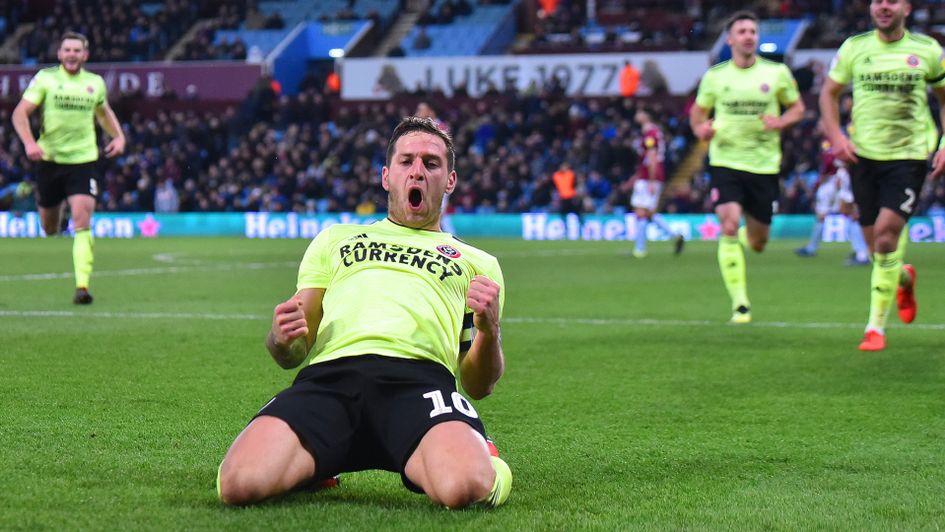 The Blades paid £2million in 2007 to take him back, but his strike-rate stalled under the weight of expectation at his hometown club, who were pushing for promotion in the Championship.

After eight league goals in two seasons at Bramall Lane, Sharp was placed on the transfer list. He joined Doncaster, initially on loan, and began scoring regularly again.

He hit 40 league goals in 82 appearances for Rovers and one of them remains his most treasured.

In 2011 Sharp's son Luey died aged two days old due to gastrochisis, a birth defect that causes a rupture of the abdominal wall.

Less than 72 hours later Sharp scored for Doncaster in a home defeat to Middlesbrough and endeared himself to a nation when lifting his top in celebration to reveal a message on his vest, which read: "That's for you son."

Boro's then manager, Tony Mowbray, described it afterwards as "a goal from heaven". 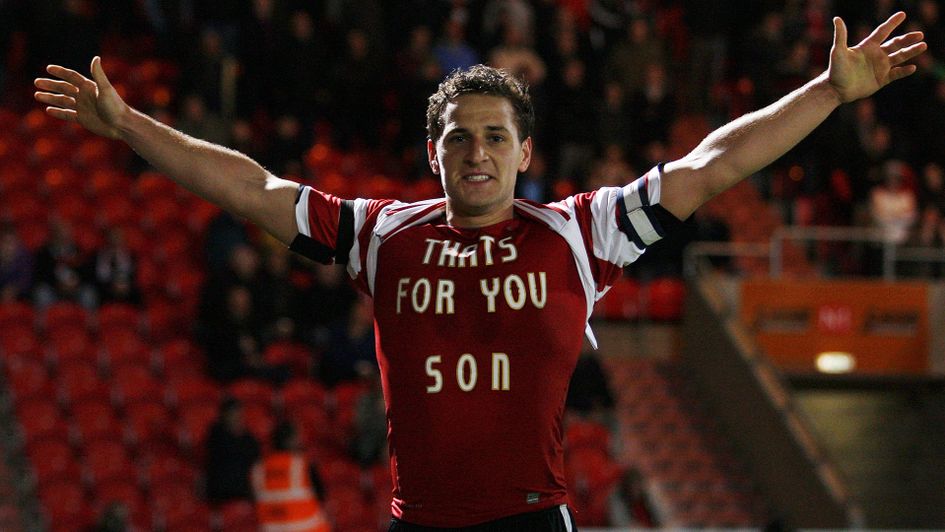 Billy Sharp reveals the message under his shirt

The previous season, and in happier circumstances, Sharp had celebrated a goal for Doncaster against the Blades by displaying the words "Fat Lad from Sheffield" on the back of his vest.

Sharp was getting his own back on Rovers boss Sean O'Driscoll, who had used the phrase to describe the striker when he was not at his bullish best.

His goals at Doncaster earned him a move to Southampton, where he won promotion to the Premier League.

But Sharp made just two substitute appearances for the Saints in the top flight - for a total of 18 minutes - before loan spells at Nottingham Forest, Reading and Doncaster marked an unsettled period of his career.

He was tagged with the 'journeyman' moniker and a permanent move to Leeds in the summer of 2014 proved no more fruitful. 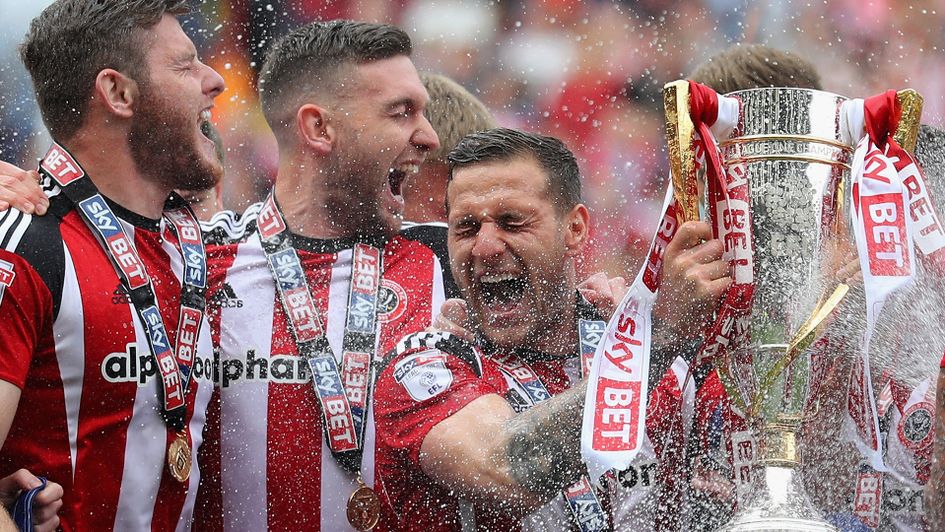 After one season and just five league goals for Leeds, Sharp returned to Bramall Lane again and this time, older and wiser, he felt at home, scoring 21 league goals in his first season back.

The Blades fell short of an expected promotion push in League One, but after Chris Wilder was appointed in charge of his hometown club in May 2016 it got even better for Sharp.

Wilder installed him as club captain and the striker responded with 30 league goals as the Blades returned to the Championship.

They finished six points off the play-offs in the second tier last season, but have shown a steely resolve during a nail-biting run-in to pip Leeds to the second automatic promotion place.

The Blades are back in the top flight after a 12-year exile and two figures forged in Sheffield will be revered for helping them get there.

It has been a long road for Sharp, a true local hero, who is living a boyhood dream that Roy of the Rovers would have been proud of.