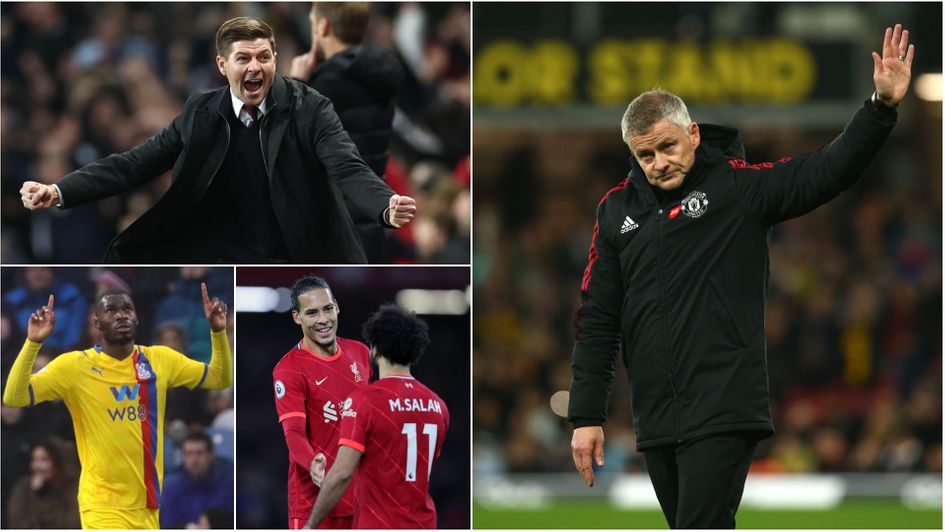 Amid the chaos that was the weekend's Premier League action, there was a sweet serenity surrounding the three teams involved in this season's title race.

Chelsea kicked off proceedings with an uncomplicated 3-0 win over Leicester, completely controlling every aspect of the game. Liverpool followed suit, dispatching an in-form Arsenal side with consummate ease at Anfield, before Manchester City dismantled Everton in the early Super Sunday match-up.

It was a frightening show of dominance from the trio at the top, creating chances equating to a total of 8.36 expected goals for (xGF) between them, while holding their opponents to a collective 1.10 expected goals against (xGA). 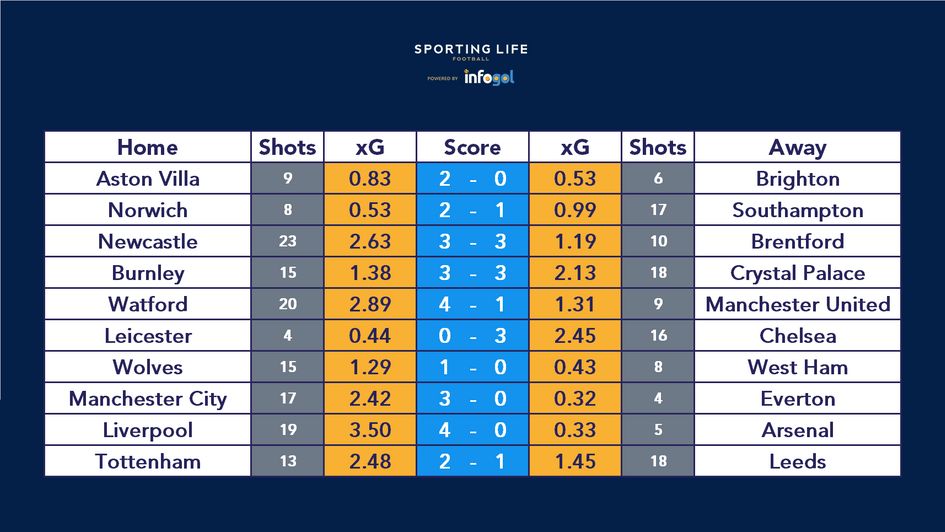 Leicester, Arsenal and Everton are forecast to finish the season in the top ten, too, highlighting just how unrelenting the 2021/22 title fight will be.

Now, back to the chaos!

A total of 23 goals were scored in the six Saturday 3pm fixtures, a huge overperformance on the 16.13 xG recorded in those matches.

Christian Benteke, a striker synonymous with underperformance in the finishing department, should receive some recognition for his part in that, bagging a brace in Crystal Palace's crazy 3-3 draw with Burnley.

The Belgian looks to have shrugged off competition from Odsonne Edouard to lead Patrick Vieira's line, and is repaying the faith with both excellent performances and goals recently. 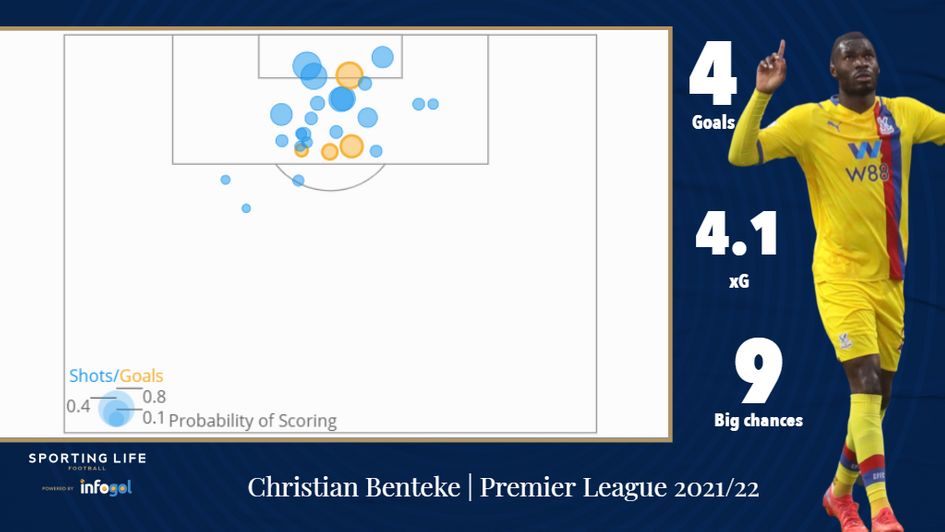 Although Benteke is almost in line with his underlying metrics, scoring four from 4.1 xG, there are still signs of frailties in front of goal, missing six of the nine big chances he has had this season.

However, getting into good scoring positions is extremely valuable, and obviously a strength of Benteke's, averaging 0.44 xG per 90 minutes this season.

If Benteke continues to just match his xG figures, a quality campaign is on the cards.

New manager bounce is perhaps one of the most investigated hypotheses in football, often triggering debate around narrative and substance when it comes to the analytical side of a managerial switch.

Ultimately, it is a complex scenario that can be explained in a number of ways in a number of situations; regression to the mean, new personnel, a change in system and/or underlying process to name a few.

It would therefore be foolish to draw any concrete conclusions from the performances of Aston Villa, Newcastle or Norwich under Steven Gerrard, Eddie Howe and Dean Smith this weekend, but all three starts were interesting from an identity standpoint.

Villa responded to recent issues at the back by shutting out Brighton in a typically solid defensive display from a Gerrard-led side, allowing 0.53 xG in a 2-0 win. Howe's assurance of an attacking approach was seen to good effect in Newcastle's 3-3 draw with Brentford (xG: NEW 2.63 - 1.19 BRE).

Norwich, on the other hand, continue to struggle with chance creation, registering just 0.53 xG despite the 2-1 victory over Southampton.

Long-term solutions can sometimes be visible in the very short-term, so a keen eye should be kept on these teams over the hectic upcoming schedule.

It is tempting to make fun of the Norwegian's exit interview, which had a very Stockholm Syndrome vibe to it, but enough time, numbers and words have been spent in this column criticising Solskjær this season. What else is left to say?

Let's end Ole's chapter by acknowledging that Solskjær ultimately achieved what was asked of him at the beginning of his tenure and was simply left in charge for too long, with Manchester United's 10-match rolling xG trendlines perfectly displaying the need for change long before Saturday's beating. 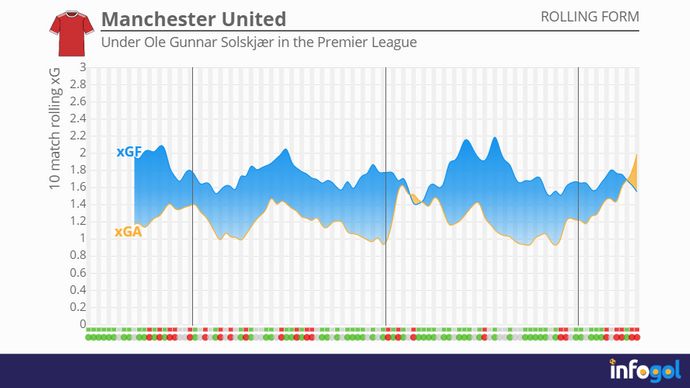 Instead, it's again time to excoriate the people that run the club, who seemingly have the same acumen as Logan Roy without his UTI medication (watch Succession!).

The timing is simply ludicrous.

Now, they head into a vital Champions League group game in Villarreal and a Premier League meeting at Chelsea with an interim to the interim in charge, only a few days removed from a two-week international break.

Despite possessing an über-talented squad capable of challenging at the top, it's difficult to see United ever reaching their potential with such mismanagement. 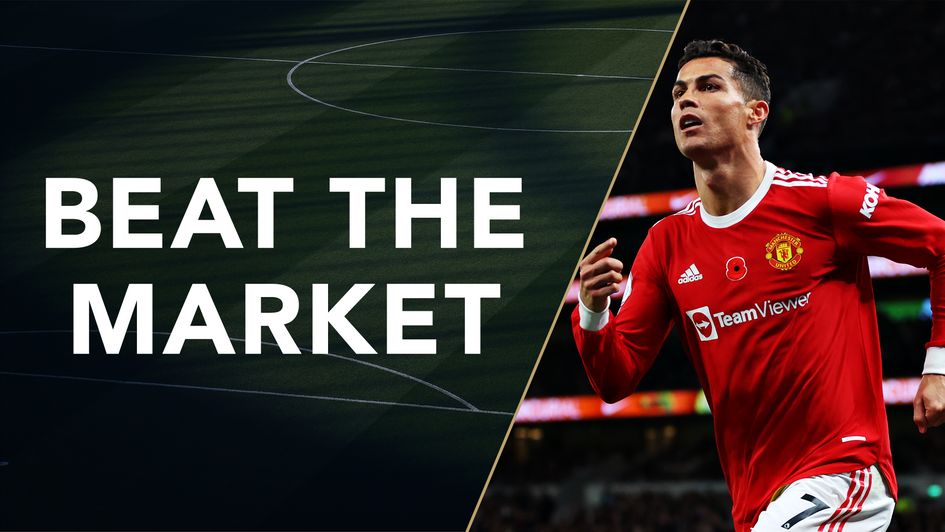