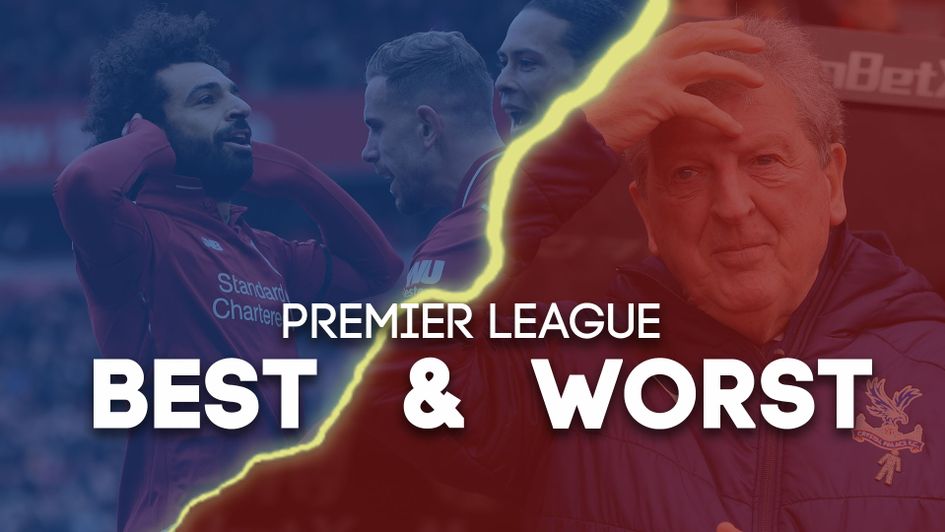 We pick at the key talking points and tactic decisions - both good and bad - from the Premier League weekend, including Liverpool's big win and Manchester United's directionless performance. 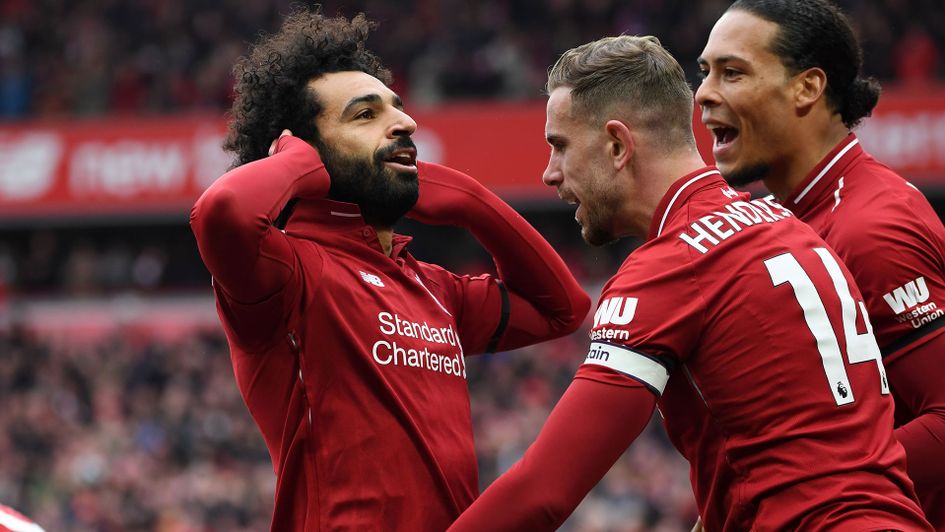 Should Liverpool lift the Premier League title in May – and it has never looked more likely following back-to-back wins against Tottenham and Chelsea – then Mohamed Salah’s magnificent strike on Sunday will forever be remembered as a defining moment of the campaign. Granted Liverpool were already leading at the time, but the goal rid Anfield of nerves, and given how close Eden Hazard came to scoring it was crucial the players had a comfortably margin.

More importantly, the goal symbolised Salah’s return to form and the emphatic nature of the club’s performance on Sunday. On a day when Steven Gerrard’s slip haunted Anfield, the venom in Salah’s strike was an emphatic rejection of that memory and an assertion of Liverpool’s power.

From a Chelsea perspective, a surprise deep-lying approach hurt their chances. Maurizio Sarri has finally become more adaptable in recent weeks, but this was not the time to abandon his usual tactical aesthetic. Had Chelsea pressed high and attacked Liverpool they may have exposed frayed nerves, but by sitting back they allowed the hosts to settle into their rhythm.

Fulham were forced to camp deep inside their own half for most of the game at Craven Cottage on Saturday, holding 41% possession (down from a 48% average) thanks to in-form Everton’s swirling possession football in central midfield. Scott Parker might not have deliberately alter his team’s tactics, but nevertheless Fulham were improved by the change.

Sitting deep and playing on the break solidified their defence (which has been far too open throughout 2018/19 primarily because of their high line and expansive formation), but it also aided their attack. Ryan Babel is more effective running into space on the counter, and Tom Cairney appeared to benefit from late driving runs – rather than making short passes in congested central areas.

Cairney’s goal was a lovely moment for the man who scored Fulham’s winner in last season’s playoff final but has struggled in the Premier League. Intentional or not, Parker might strongly consider adopting a counter-attacking approach for his final four games at this level.

Another scalp for tactically astute Hasenhuttl 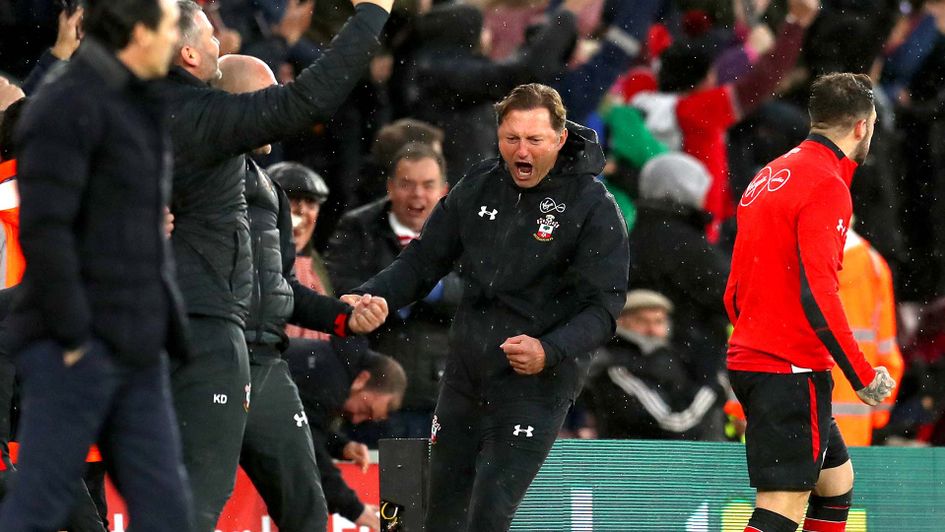 Southampton have won four of their last six Premier League matches, and after a slow start manager Ralph Hasenhuttl has begun to turn St. Mary’s into something of a fortress. As usual, his team were organised, compact, and disciplined in their pressing game on Saturday, largely staying in a neat defensive shape but applying pressure in synchronised bursts.

What stood out from the 3-1 victory over Wolves was Hasenhuttl’s use of a 3-4-2-1 formation, which is the perfect system to counteract the visitors’ 3-5-2. Using two number tens behind a striker, Southampton were able to outnumber their opponents in key areas of the pitch: they were three versus two at the back and four versus three in central midfield, while the wing-backs matched up and Danny Ings worked alone against the Wolves defence. 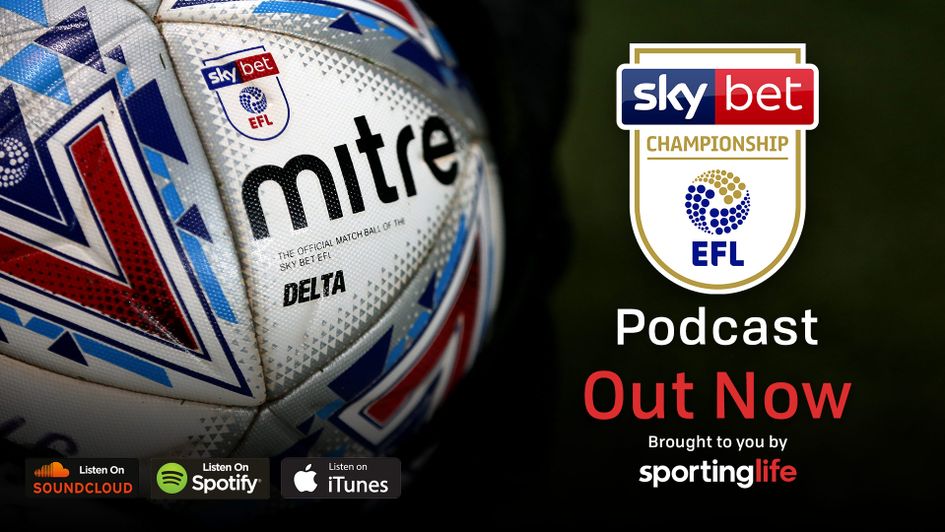 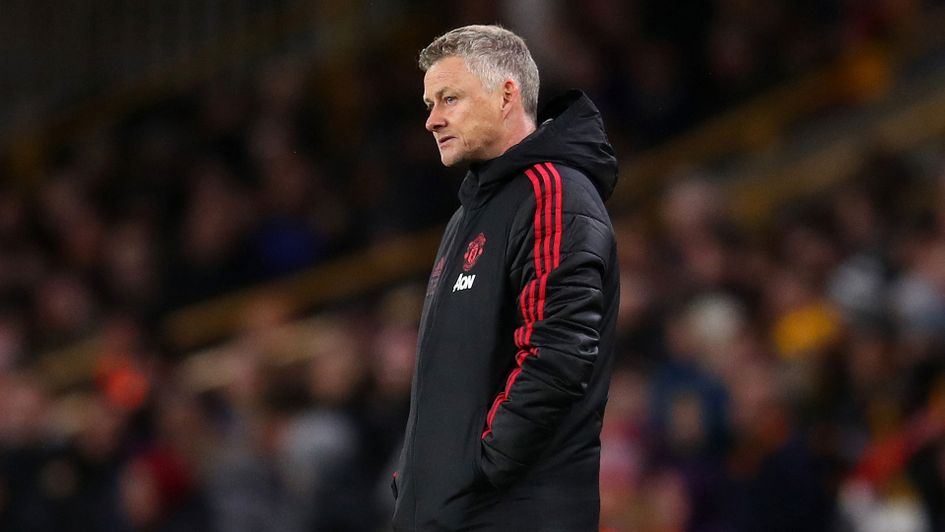 Ole Gunnar Solskjaer’s tactics looked surprisingly complex during his first few weeks in charge of Manchester United, but suddenly his battle plans seem timid; as directionless as those of his predecessor. This might be a false alarm: tactical acumen is regularly conflated with a team’s current psychological state (moving freely and thinking quickly are signs of both), and clearly United are suffering after that explosive start to life under Solskjaer.

It isn’t time to panic, then, but certainly United fans will be worried by their recent displays. They were too slow against West Ham, losing the 50-50s and rarely making incisive forward passes, with the visitors’ wingers Felipe Anderson and Manuel Lanzini regularly getting the better of Diogo Dalot and Marcus Rojo.

Solskjaer needs reinforcements in the summer, but he also needs to drill detailed tactical instructions into the players. At the moment, they are gradually sinking back into their old Mourinho-era habits. Lest we forget, United originally targeted Mauricio Pochettino because of his ability to produce a coherent tactical identity; it is far too early to judge, but perhaps Solskjaer isn’t the right man for the job after all. 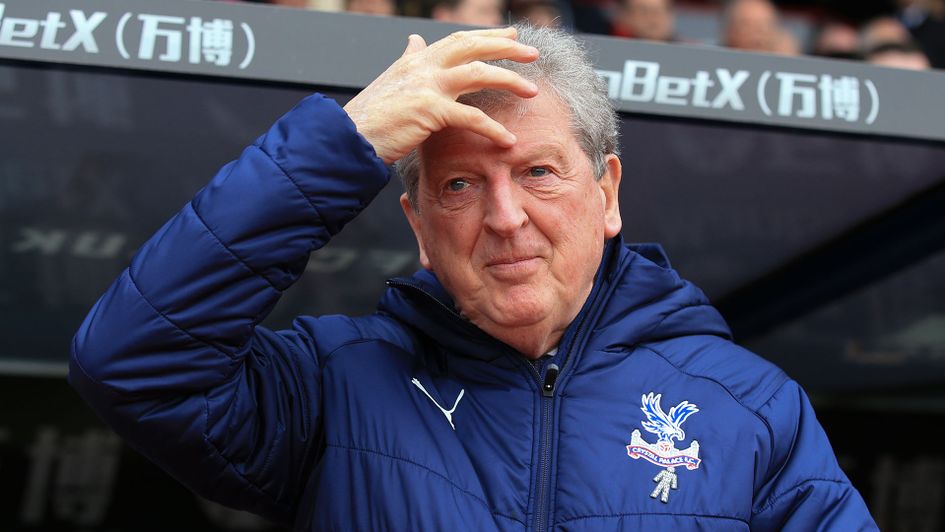 There’s sitting deep to avoid teams playing the ball into dangerous areas, and then there’s sitting so deep you’ve actually dropped out of those dangerous areas altogether. Crystal Palace’s five-man midfield sat virtually on top of their own defenders at Selhurst Park on Sunday, which meant they weren’t actually occupying the spaces that Kevin de Bruyne chiefly operates in. Which completely defeats the purpose.

De Bruyne was dominant, casually picking passes from in front of Palace’s two defensive lines as City quickly found their rhythm to ease past the hosts. Roy Hodgson should have instructed his midfielders to push forward and engage De Bruyne, but instead his side essentially just watched as City tore them apart.

Knockaert’s ugly challenge – that could send Brighton down 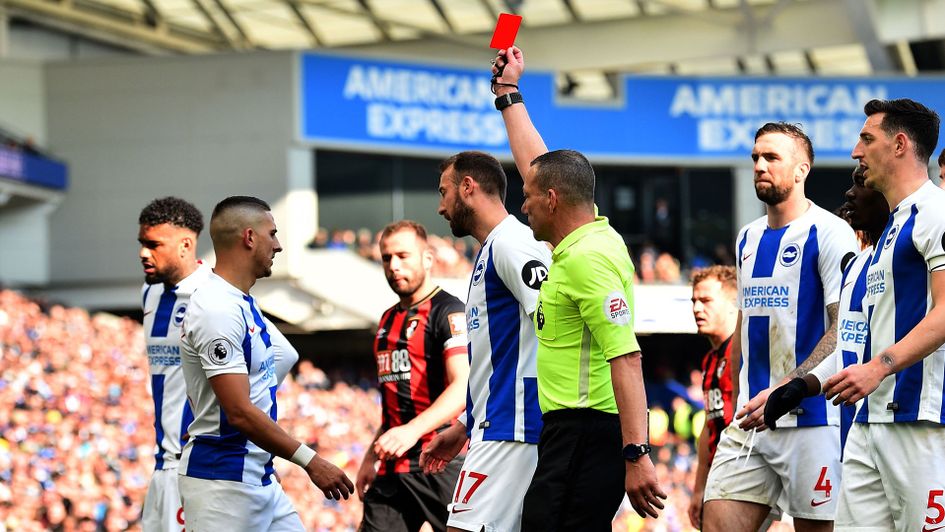 Brighton's Knockaert is sent off against Bournemouth

Anthony Knockaert’s two-footed lunge on Adam Smith was disgraceful. It was a leg-breaker, a moment of frustration that could have cost the Bournemouth defender dearly; reckless tackles like that are extremely dangerous and, for those made with the speed and ferocity of Knockaert’s, there is a good case for saying a three-match ban is not long enough.

Knockaert, who has scored or assisted eight league goals for Brighton this season - that’s 25% of their total - will now miss crucial matches against Cardiff, Wolves, and Tottenham, and should his club lose all three they may find themselves in 18th. Smith was fortunate to escape unharmed. Brighton might not be so lucky.