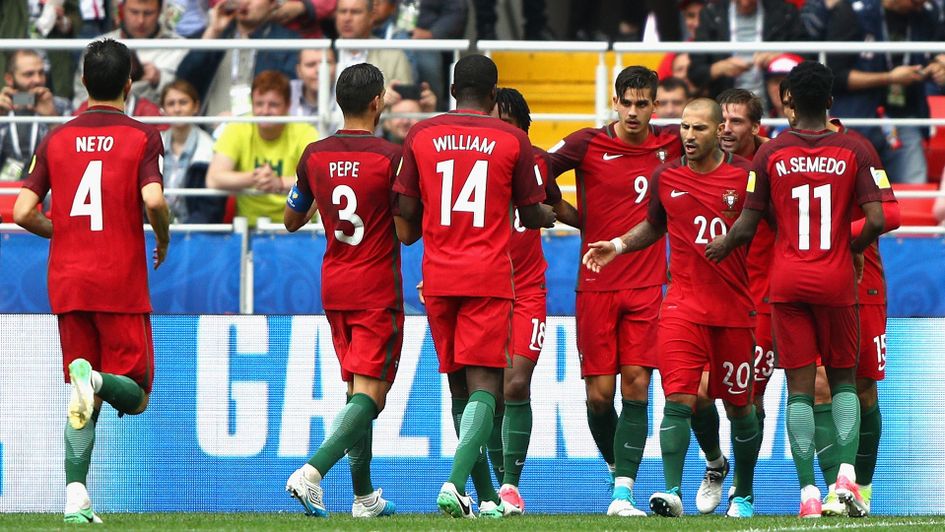 UEFA Nations League: Portugal to host 2019 finals after qualifying with 0-0 draw against Italy

Portugal will host next summer's Nations League finals after they secured their passage from Group A3 thanks to a goalless draw against Italy.

Portugal, Italy and Poland were the only three countries that had bid to host the games in June 2019, so as Portugal clinched top spot they will now stage the climax of the inaugural competition.

Portugal secured their place in the Nations League finals after a 0-0 draw in Italy clinched top spot in Group A3.

Italy could not take their chances, with Ciro Immobile wasting their best opening in the first half.

The draw at San Siro means Portugal, who host relegated Poland on Tuesday, cannot be overtaken at the top of the group and will take part in next summer's finals, which they are set to host.

All three nations that bid to host June's finals were in Group A3, so Portugal's victory leaves them as the only candidate to stage the event, subject to formal appointment at a UEFA executive committee meeting on December 3.

Portugal boss Fernando Santos felt his side deserved the point in Italy which earned them qualification for the Nations League finals.

Santos' side were without Cristiano Ronaldo again but they got the job done at San Siro to finish top of Group A3 ahead of Italy and relegated Poland.

"It is a fair result because, from a moment in the second half, Portugal were better," Santos told a press conference after his side had struggled to contain Italy before the break.

"In the first, with the moves in the midfield, Italy managed to win many second balls.

"(Lorenzo) Insigne's movements inside created a lot of problems. (Joao) Cancelo did not always close the game well and that caused Ruben Neves to go too low, leaving Pizzi and William (Carvalho) in two-on-three situations.

"We realised what was happening and we improved, the suffocation was over. The game was balanced, we were growing and we managed to withdraw. We were forced to play behind the ball and we were improving."

Scotland will win Group C1 if they beat Israel on Tuesday following a 4-0 victory over 10-man Albania in Tirana.

The Sheffield Wednesday striker had not played for his country for over a year but netted a first-half penalty to put the visitors 2-0 up.

Bournemouth's Ryan Fraser earlier scored his first international goal when he fired into the corner after 14 minutes before Mergim Mavraj was sent off for the hosts.

James Forrest's second-half double gives Scotland the platform to win the group on Tuesday and seal a play-off spot.

Sweden kept their hopes of promotion to the top tier of the Nations League alive with a 1-0 victory at Turkey, who were relegated to League C.

Andreas Granqvist's second-half penalty was enough to move Sweden on to four points in Group B2.

Janne Andersson's side must beat Russia - who top the group with seven points - on Tuesday to reach League A.

The Fulham striker scored Serbia's second after Adem Ljajic had opened the scoring but missed from the spot when he chipped over seven minutes before the break.

Stefan Mugosa pulled a goal back with 20 minutes remaining.

Kosovo beat Malta 5-0 and Azerbaijan beat the Faroe Islands 2-0. The teams set up a winner-takes-all clash when they face each other on Tuesday in Group D3. Elsewhere, Romania beat Lithuania 3-0 in Group C4.