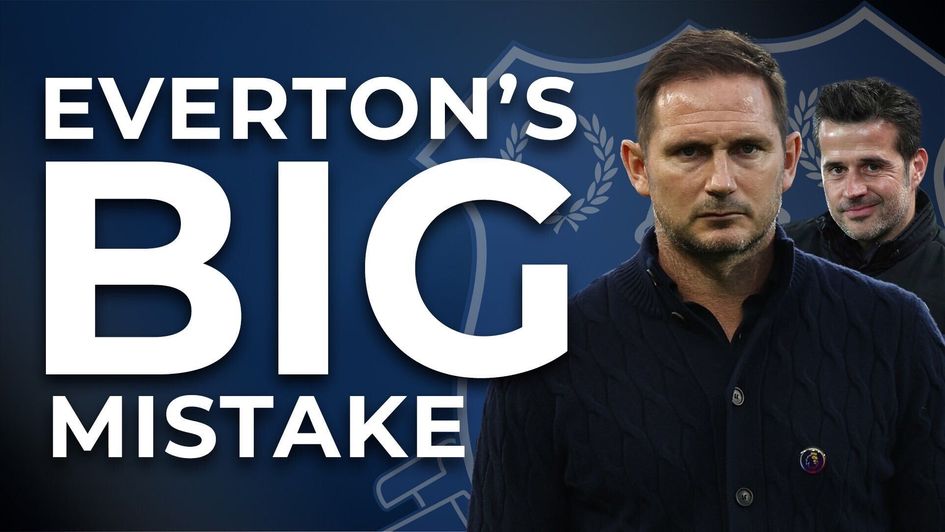 Everton have sacked manager Frank Lampard less than one year after his appointment in Merseyside, with Marcelo Bielsa now the favourite to replace him.

The Toffees currently sit second-bottom of the Premier League table, after Saturday's 2-0 defeat to West Ham, a result that spelled the end for Lampard.

Bielsa, who has been out of work since being sacked by Leeds last season, has taken over favouritism in the betting market from former Burnley manager Sean Dyche.

The Argentine is the 5/4 favourite to succeed Lampard, with Dyche at 7/4.

Duncan Ferguson, who has performed well when called upon as interim coach, at 6/1 alongside former Villarreal, Valencia and Athletic Club manager Marcelino.

Wayne Rooney, who came through the Everton academy and began his career with the Toffees, is price at 10/1 to succeed his former England teammate.

Since Farhad Moshiri bought Everton in 2016, no Premier League club has had more than their seven permanent managers. Only one had them on the right track according to the data.

Ronald Koeman brought a seventh-place finish. Sam Allardyce took a team from 18th to eighth and Carlo Ancelotti snuck into the top 10 before joining Real Madrid. 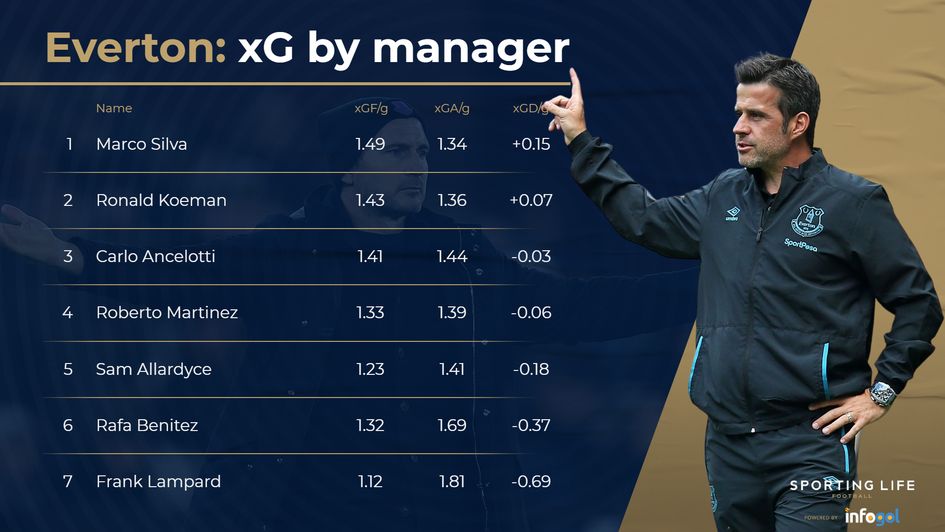 Rafa Benitez came and went before Frank Lampard arrived – but only after Everton fans blocked the appointment of ‘unknown’ former Porto boss Vitor Pereira because they didn’t want ‘another Marco Silva’. They should be so lucky…

Look beyond the glamour and big names, and the underlying numbers paint a crystal clear picture. 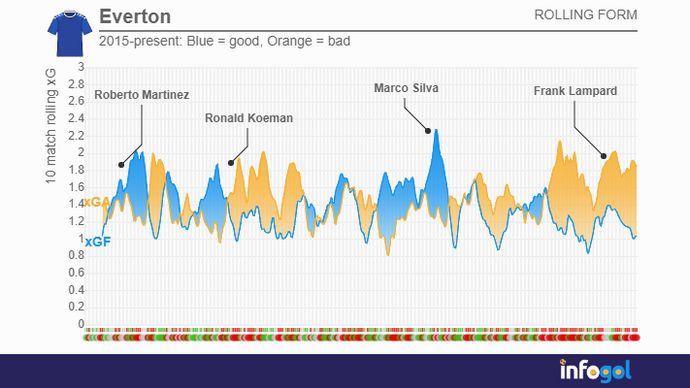 Moshiri has spent more than £700m on transfers since buying Everton and is now on the lookout for his eighth manager in just six years.

How much money could he have saved by just sticking with Marco Silva?