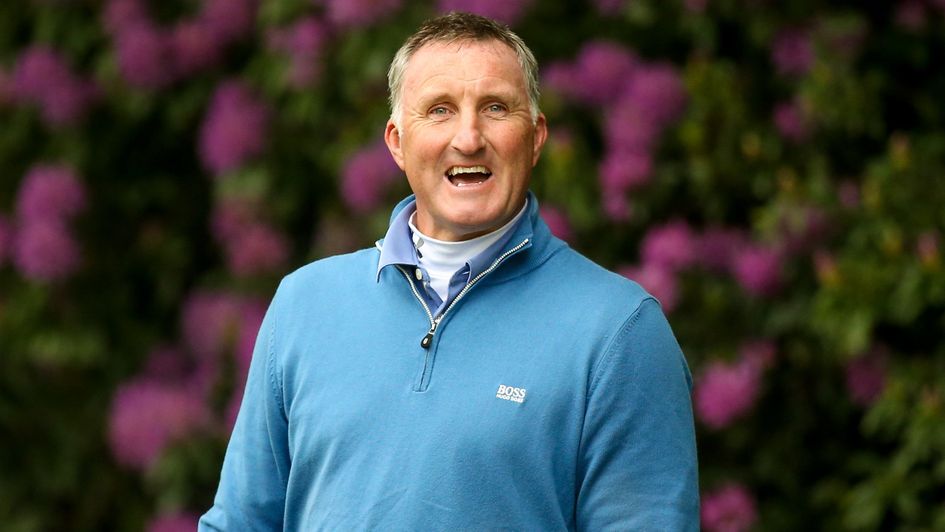 Former Bayern Munich and Scotland striker Alan McInally gives his Bundesliga tips and insight and reviews its first weekend back.

It's been fantastic that we've been able to get football back on, Germany are a few weeks ahead of us here in terms of dealing with the coronavirus so that's probably the reason why they have been able to start testing a little earlier, with players tested twice a week.

The teams are also staying in a hotel before the game, so they've got a good protocol in place. That 'German efficiency' has come up trumps once again!

My connection with Sky and Bayern Munich has meant I've been pretty busy, or busier than usual, and it's nice to be talking about something you actually know about again. It's brought back some great memories, just seeing Dortmund's stadium, even though there's no-one in it, really took me back.

I actually have that experience of playing without fans from a European tie with Celtic in the 1980s. Someone said they'd had a bottle thrown at their head in a match against Rapid Vienna and it meant the next season we had to play our home leg against Atletico Madrid in an empty Celtic Park.

That was properly weird and we lost the game 2-0. To this day it was the most surreal experience I have ever had, it was very very, strange, especially with Celtic Park being such a big place.

I suppose the players in the Bundesliga had time to get their heads around it all and psychologically prepare but it's still a very difficult thing to do. I certainly didn't enjoy it.

I think there'll continue to be some strange results and it was no surprise to me that there was only one home win because it genuinely is a very spooky atmosphere without supporters.

Stand-outs from the weekend

Dortmund looked imperious again, Raphael Guerreiro gets a couple of goals and Erling Haaland scores yet again because he said "I knew I was going to score" - he has that kind of confidence. He's 6ft 4ins tall, 19-years-old, and his team-mates really trust him.

The likes of Julien Brandt and Thorgen Hazard in the middle of the park just want to get the ball forward to him because he's that important. He's just done fantastically well, he really has.

Mario Gotze was phenomenal as well, and the fact Dortmund don't have Emre Can or Axel Witsel fit yet shows how well they did to beat Schalke 4-0 and keep the pressure on Bayern Munich.

Robert Lewandowski of course scored again for Bayern, he just can't stop scoring and he'd be the player that I'd pick out from that opening weekend.

I was most disappointed by Hoffenheim. They're in a position in the table where they could really do something this season but they were terrible against an old team-mate of mine Bruno Labbadia and Hertha Belrin, losing 3-0. They were really, really poor.

Borussia Monchengladbach had a great result against Frankfurt, they were out of the traps so quickly and they're a very good team. They're in third and there's no way it's a two-horse race for the title just yet.

If they can beat Leverkusen, who are fifth, that would be really impressive and would mean they keep pace with the top two - then they are certainly in the race for sure.

Gladbach is a tough place to go when they've got their own fans, if they can manage to get a result against another top team without them, that'll be huge.

Leverkusen are coming into it after a bloodless victory. It was all too easy for Kai Havertz against Werder Bremen - you talk about smelling danger, well Werder just didn't. Havertz is another young forward that everyone is talking about and Michael Ballack, the Leverkusen and Germany legend, is pleading with him to sign a new contract.

As good as he was, and Leverkusen were, at the weekend, I think they'll struggle to keep Gladbach quiet. I'm going home win, but it'll be a tight one. One Gladbach will need to win though if they're to stay in the title race.

Andrej Kramaric being injured is a real problem for Hoffenheim. Without his impact and his goals they're just not the same side.

Saying that, they should beat Paderborn anyway, who were clinging on in that 0-0 against Fortuna Dusseldorf who hit the post four or five times.

Freiburg should be too good. They've got one of the best left-backs in the league in Christian Gunter and Luca Waldschmidt up top does okay as well. I think they're a better side than seventh place to be honest. I was telling people not to pile on RB Leipzig last weekend because Freiburg are a good team.

Then there's Werder Bremen, who were so disappointing on Monday night when they got properly turned over. When I think about my memories of German football then they were one of the big sides. They're now staring down the barrel of relegation which is sad to see.

I can't see them getting anything here either.

Dortmund can't stop scoring goals they really can't, and they are the team that Bayern have to be wariest of. You'd expect them to win this match. Wolfsburg defensively probably have too many issues, and that could be a real problem for them here.

They won in the last minute at the weekend, and to now keep the Dortmund stars quiet is a big ask.

I don't see Wolfsburg being able to stop Dortmund scoring, and even with the few injuries that Lucien Favre is dealing with at the back, that won't be enough to disrupt them.

If you've ever been to the Allianz Arena then you'll know it's huge and the sound will really echo because the stadium comes right round on top of you, so it'll be strange to have no fans in there.

Frankfurt were scoring goals for fun before the break and I've been particularly impressed with them this season. Although they're semi-finalists in the DFB-Pokal I just don't see them having enough to trouble Bayern, who were awesome at the weekend.

Alphonso Davies has been excellent down the left-hand-side, so too Serge Gnabry, and it's pie in the sky if you're Frankfurt and you think you'll keep Lewandowski off the scoresheet.

I don't think Bayern will really turn them over, but it'll be nice, easy and straightforward.