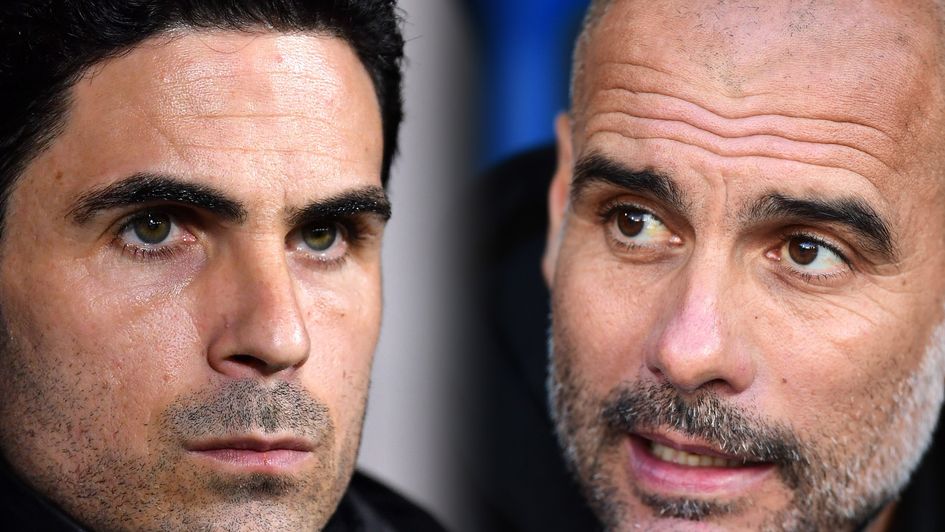 Arsenal’s ascendency has come at a fascinating juncture in Pep Guardiola’s project, the mentee creating his own version of Manchester City right at the moment the mentor moves away from the principles he used to transform the Premier League.

Rarely do we see the student become the master.

Never is it this neatly laid out before us, one coming up as the other comes down; Mikel Arteta even pinching a couple of Guardiola’s players to tip the balance away from the Etihad and towards the Emirates.

But the story of this new rivalry, of the blockbuster battle between father and son, has not been written yet.

Only after their first meeting of the season in Friday’s FA Cup fourth round will we have the evidence or the vocabulary to frame how their visions compete and how they are mirrored.

The era of Jurgen Klopp versus Guardiola was defined by their head-to-heads, the differences between the former’s compulsive forward drive and the latter’s measured possession being more pronounced, more affected, when they faced each other than throughout much of the 38-game season.

It will be true of Arteta and Guardiola, too.

And it isn’t as easy to predict as one might expect. Arteta’s vision is very similar to Guardiola’s in the build-up phase and the pressing structures but there is incisiveness in Arsenal’s dribbling that can appear more like a Klopp team, especially when roared on by an Emirates crowd that has become as rowdy and engaging as Anfield’s.

But even here the differences are not easily decipherable, not now Erling Haaland leads the line for a Man City team far happier to run in straight lines.

Whatever happens, it will be a fascinating game played at an extremely high tempo and at a ridiculously high level.

That much is guaranteed. The rest is up for debate.

Conservatism could backfire for Arsenal

Haaland’s lurking presence on the shoulder of the last defender has changed the way teams face Man City.

It used to be suicidal to sit back and await the onslaught, but these days a tight defensive shell can neutralise Haaland’s threat in behind and force City into ponderous and sideways possession. 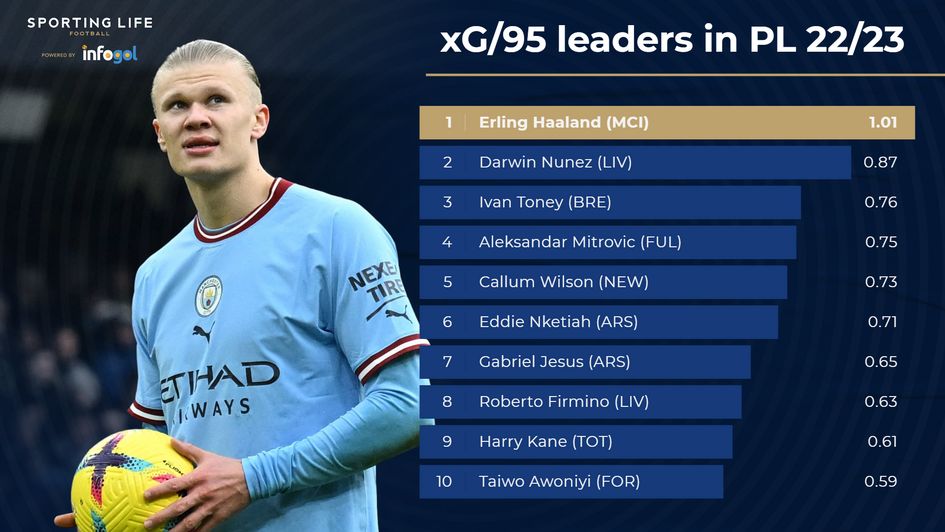 Haaland averages 24 touches per match this season, which is less than half the average of last year’s main false nine Phil Foden (54.4).

To accommodate that, Guardiola has got rid of the penetration out wide we once saw from Raheem Sterling or Gabriel Jesus in favour of subtler between-the-line wingers Riyad Mahrez and Jack Grealish, which together with the deeper opposition line slows City down.

Even Manchester United and Liverpool have chosen to sit back and absorb pressure this season, holding 29% and 37% possession respectively in their home league matches against Man City. The biggest question before Friday’s game, then, is to what extent will Arteta follow suit?

Arsenal’s form has been built on Guardiola-like swarming and possession-hogging, so any movement towards conservatism could backfire.

It’s more likely that Arteta will stick with his usual style, creating an explosive and fine-tuned battle of attack against attack.

If that’s the case, then Arsenal will be open to Kevin de Bruyne releasing Haaland behind the defence.

Counter attacks will be key

It should lead to an end-to-end battle either way.

Haaland’s lack of pressing from the front has allowed opponents to counter-attack more often than in previous seasons, with Rodri asked to cover overly-exposed midfield spaces as forwards dribble through the middle and attack City’s high-line back three.

Whether or not Arsenal try to push City back there will be plenty of times they are counter-pressed in their own third, and every time that happens the hosts will look to play calmly out of trouble before breaking at speed.

Arteta has always been more open to a counter-attack than his mentor, and Martin Odegaard, Bukayo Saka, and Gabriel Martinelli are potentially lethal here, driving on the outside of a City back three that can look too narrow after possession has turned over.

Guardiola also embraces counters a little more than he used to, and with Ben White over - or under - lapping on the right while Oleksandr Zinchenko moves into central midfield, the Man City manager might believe Haaland is best utilised trying to expose the two centre-backs with fast breaks.

Fraught and straining under the pressure, with both sets of players pressing hard and attacking quickly, it is inevitable the match will ultimately be decided by how the two midfields interact with one another.

Here, too, there are notable similarities and differences between the two managers.

Zinchenko’s movement, with Granit Xhaka confusing the opposition by swapping with him out to the left, tends to give Arsenal numerical overloads through the middle, yet of course this is an idea taught to Arteta by Guardiola. 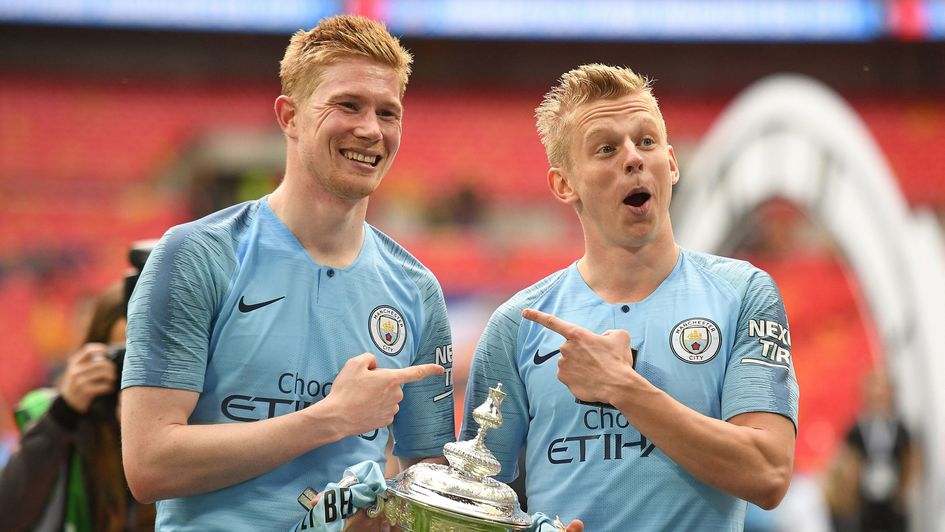 Surely Joao Cancelo will be restored into the interior full-back role to directly counteract Zinchenko, clogging the midfield somewhat.

Elsewhere, Guardiola has a difficult choice between leaving Rodri alone and pushing on De Bruyne and Bernardo Silva – which would put Thomas Partey under serious pressure – or playing a double pivot at the base of midfield.

The advantage of the latter is better tracking of Odegaard, who if left to drift in the number ten space will release Saka into dangerous positions.

Whichever direction Guardiola goes, keep an eye on Zinchenko and De Bruyne, who will operate in exactly the same zone of the field.

Finally, to the wingers. 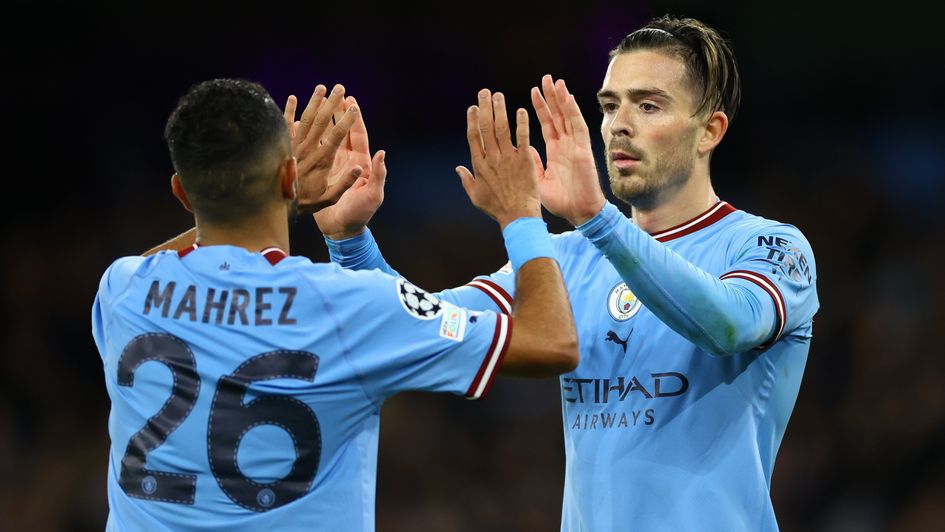 The midfield battle will determine who is more regularly released into space, and if Arsenal gain the advantage for an extended period of time they will try to isolate the City full-backs with the direct dribbling of Saka and Martinelli who, as against Manchester United, may find lots of space thanks to the relatively poor defensive work of Mahrez and Grealish.

The truth is, there is just no way of knowing who will win the individual and collective battles.

We have no evidence yet, not even of the general tactical blueprint Arteta will use to tackle the unique challenge of a Haaland-led Man City.

All we can guarantee is a brilliant game of football and one that, goals or not, will be just as engaging as any of the great Klopp-Guardiola matches of years gone by. 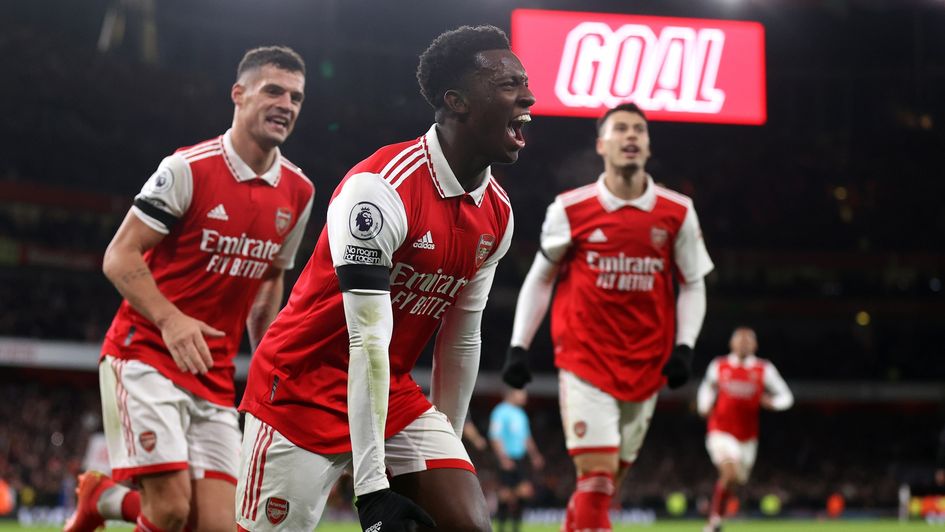