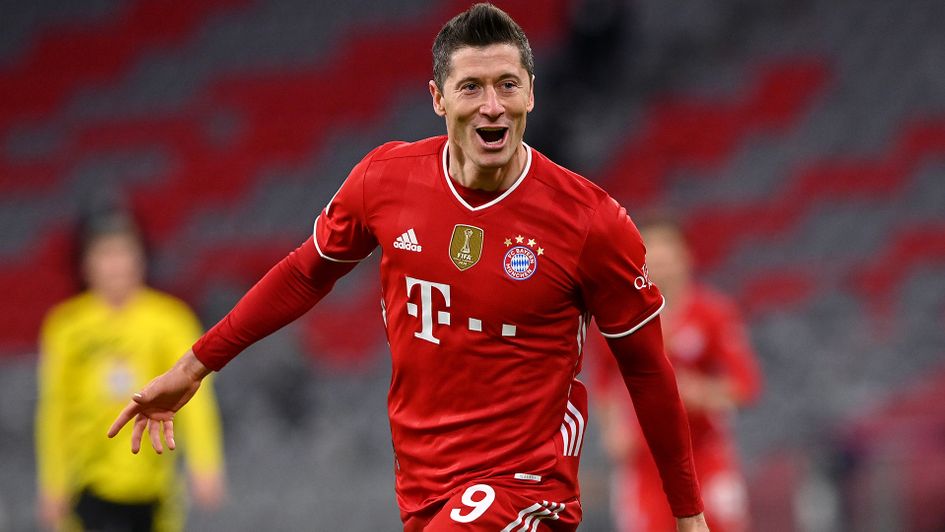 Robert Lewandowski has broken Gerd Muller's Bundesliga record for goals in a single season after he scored on final day against Augsburg.

The Bayern Munich striker snatched the record in dramatic fashion with a strike in the 90th minute of the German champion's 5-2 victory.

With the final kick of the season.

It put him onto 48 across all competitions, with 41 of those coming in the Bundesliga. He finished the campaign with goals in his final ten league appearances.

That came despite injury forcing Lewandowski to miss a latter part of the season.

Bayern Munich and Germany great Gerd Muller previously held the record for most goals scored in a single Bundesliga season.

How many goals did Robert Lewandowski score for the record?

Lewandowski's goal with virtually the last kick of the season against Augsburg moved him onto 41 for the campaign.

That broke Muller's previous record of 40 goals - meaning that Lewandowski is now the sole owner of the record having equalled it on Matchday 33.

Lewandowski secured the Bundesliga record for goals in a single season with 41 goals from 29 appearances.