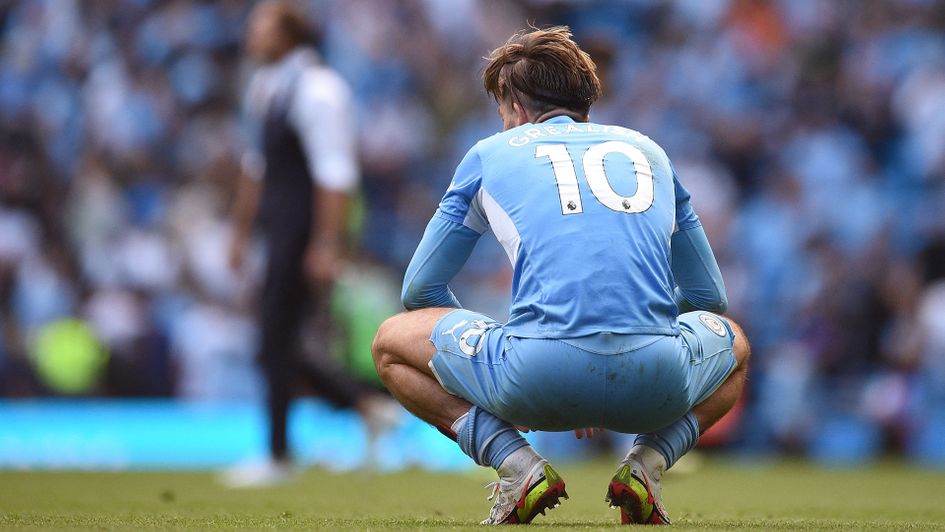 What has happened to Jack Grealish?

Jack Grealish: Why has Manchester City and England star struggled this season?

Instead, other technical talents such as Bernardo Silva, Kevin De Bruyne and Ilkay Gundogan led Manchester United a merry dance while Phil Foden took the summer signing’s usual role on the left wing.

But it's not only that quality quartet nudging him into the shadows - Grealish has been outscored by seven of his new Manchester City team-mates in the Premier League this season.

Is Jack Grealish having less impact this season?

It doesn't help that his shot conversion rate of 6 per cent is the lowest of any City player to find the net in the top flight.

Poor finishing, both from him and others, has hardly helped: he has an xG (Expected Goals) total of 1.79 and an xA (Expected Assists) of 2.37, but only one goal and two assists. Yet the numbers also suggest he has not posed enough of a threat. 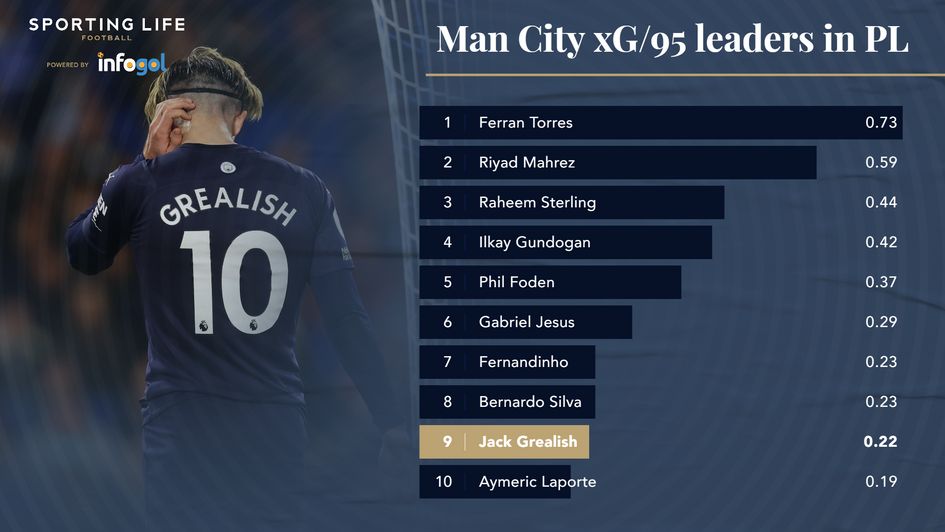 It may not reflect well that Gundogan’s xG/95 is nearly double Grealish's, but even Fernandinho is posing more of a goal scoring threat than the ex-Aston Villa man.

In a better team, the newcomer has done less in front of goal. 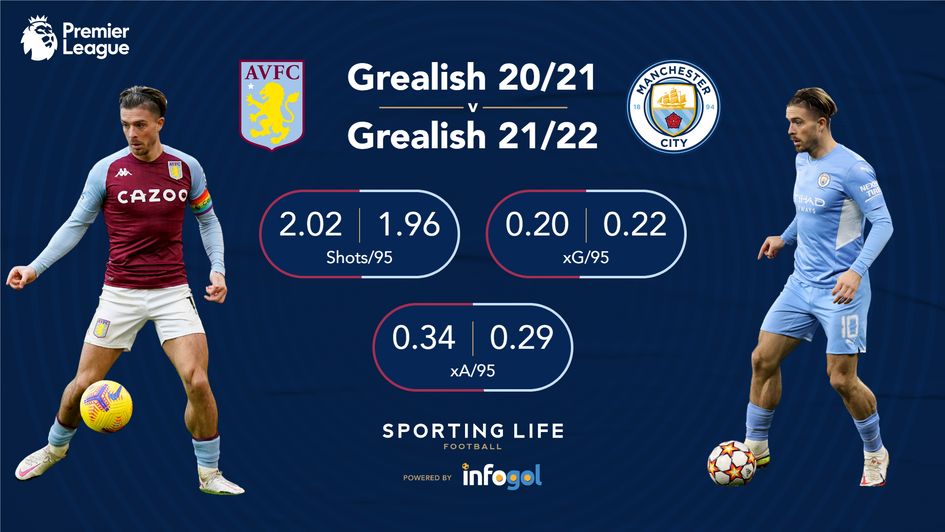 Grealish is directly involved in a league goal every 258 minutes this season, compared to every 249 in 2019-20 and every 147 minutes last season.

Now, among those normally used in the front three by Pep Guardiola in the Premier League this season, that average puts him behind Mahrez (105), Torres (106), Gabriel Jesus (116) and Foden (150) while ahead only of Sterling (435).

Why are Grealish's stats down?

There is the possibility that Grealish is reining himself in to try to be too much of a team player.

Nine City players are averaging more shots per 90 minutes. In a list led by Mahrez, Grealish even trails Joao Cancelo and Fernandinho. 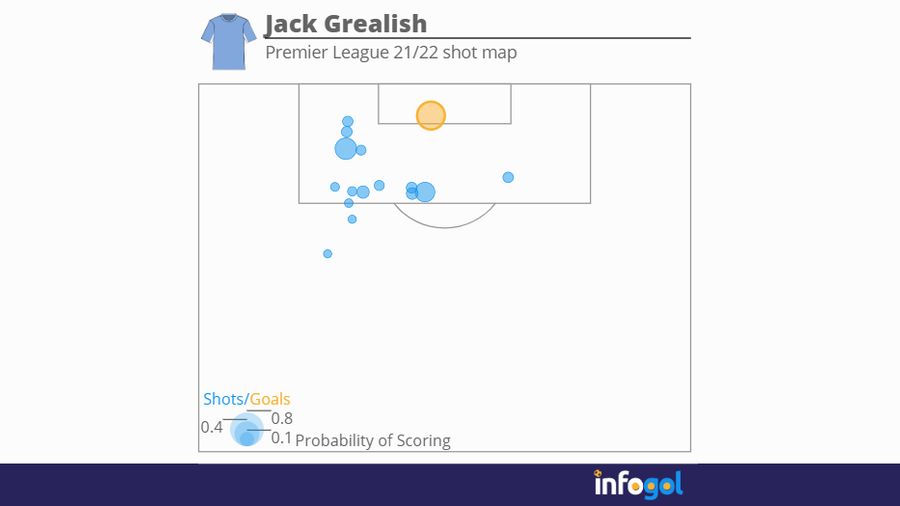 It is in part because he takes fewer optimistic long-range efforts than some – and, perhaps as a result, only Foden and Silva have had a higher percentage of their attempts actually on target – but also reflects that, perhaps because he can spend much of his time near the touchline, he isn’t in goalscoring positions as often as some others.

His goal against Norwich is his only shot from under 12 yards in a central area. He has only had two shots with an xG value of over 0.10 this season. City’s other wingers get into scoring positions more often; they can both stretch play and then arrive in the box.

What has Grealish done well this season?

The assist numbers may be unflattering to Grealish, but the statistics suggest he has had an indirect impact.

He has the highest expected assists in the City squad but Jesus, with an xA of 2.31, has five actual assists.

The England forward has found a team-mate in the penalty box 20 times, behind only Cancelo (30) in the City squad and ranking him seventh in the division - Grealish finished sixth in that chart last season.

He was third for key passes then and is third again, with Grealish being the only City player in the top 19 in the league at the moment.

Grealish is fourth in the league for shot-creating actions, with Silva the next City representative in 18th.

The £100m man heads one table for chance creation: his 5.73 shot-creating actions per 95 minutes is more than anyone else, though De Bruyne (5.17) is fifth. But in other respects, Grealish may be involved less than expected. 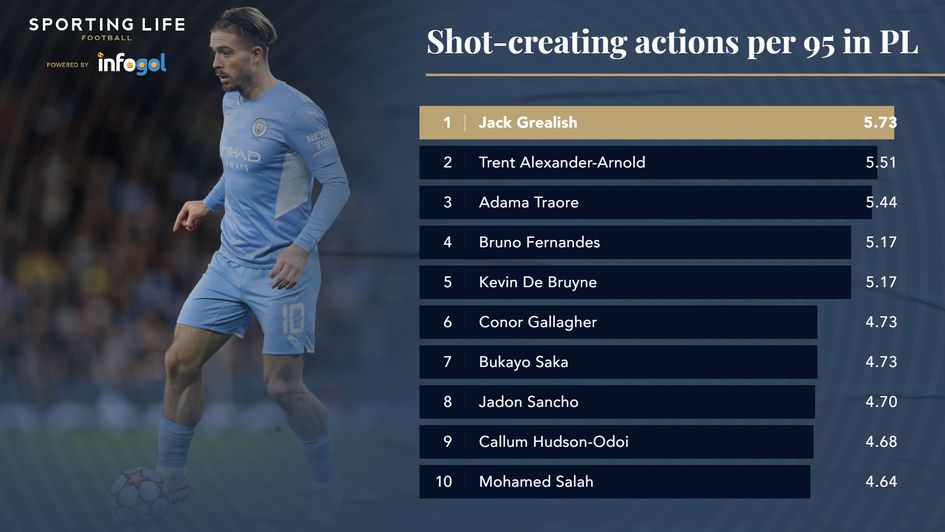 He has attempted 0.51 passes per minute this season, only up from 0.50 last season, but now he is in a team that has had 60.6 percent of possession, while Villa had 49.3 percent last season.

Part of Grealish’s role, when staying high and wide, is to create room for others. Perhaps Cancelo is a beneficiary: the Portuguese has had more than twice as many touches as Grealish (1,092 to 474).

This season, 66 percent of Grealish’s touches are in the final third. Last season, it was only 57 percent. If that partly reflects playing in a better team, it is also an indication of different tactics, with Grealish collecting the ball less often in deeper but central positions.

Perhaps he is sacrificing himself for the side and perhaps it will take time for Grealish to adjust tactically to get the sort of close-range finishes City’s other wingers have often scored, but the £100 million fee can confer expectations.

Thus far, Grealish is joint 66th in the Premier League for goals and joint 15th for assists. And when the Manchester derby arrived, he was the most expensive spectator at Old Trafford. 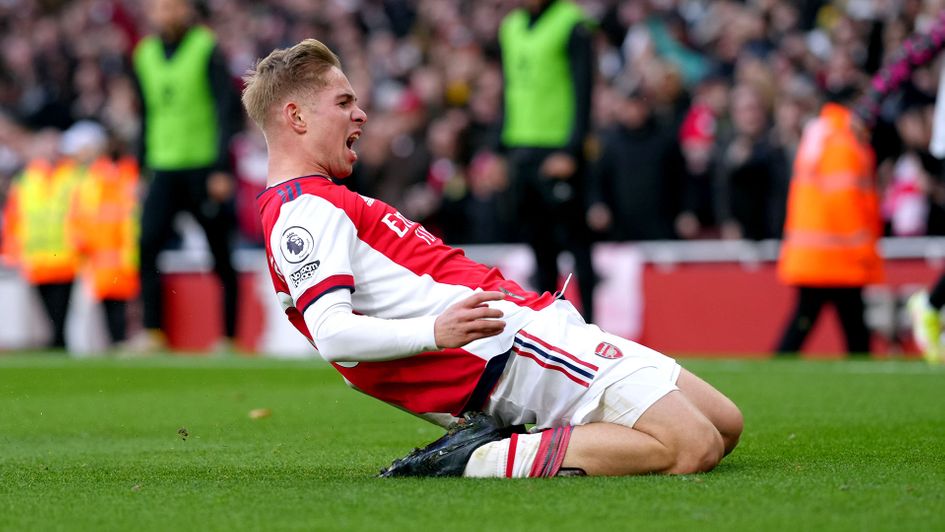