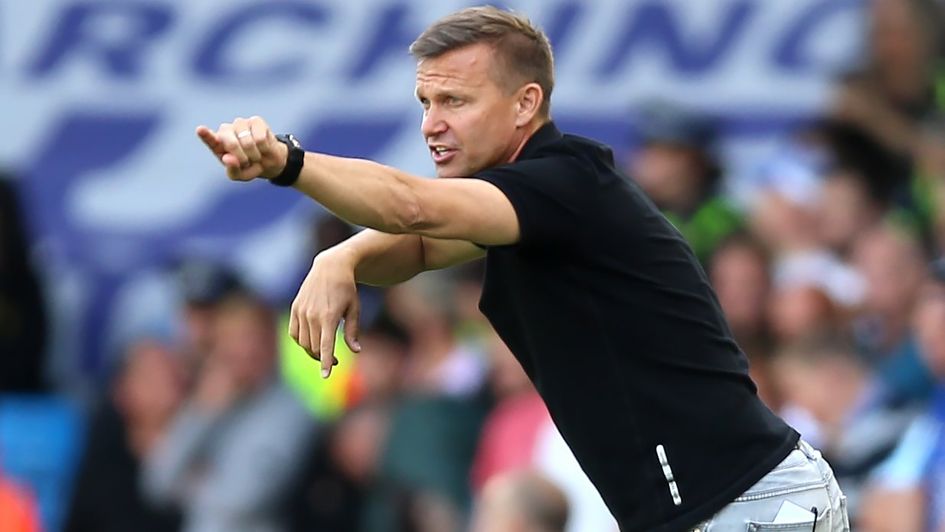 How Jesse Marsch press has Leeds firing in Premier League

Jürgen Klopp and his Liverpool side are one of the major stories of the Premier League weekend following a chastening Monday Night Football.

But, while watching the standout display of the weekend in the early Super Sunday game, I was reminded of a quote from the Reds boss when giving a unique insight on his tactical implementations as a guest on MNF in 2016.

"No playmaker in the world can be as good as a good counter-pressing situation."

Klopp's quote has not only been enhanced each and every season since, but I thought it extremely pertinent to the topic of the column this week — the pressing matter of Jesse Marsch's Leeds.

Indeed, Leeds' 3-0 victory over Chelsea at Elland Road was a Premier League game almost entirely dictated by the pressure applied by the hosts. 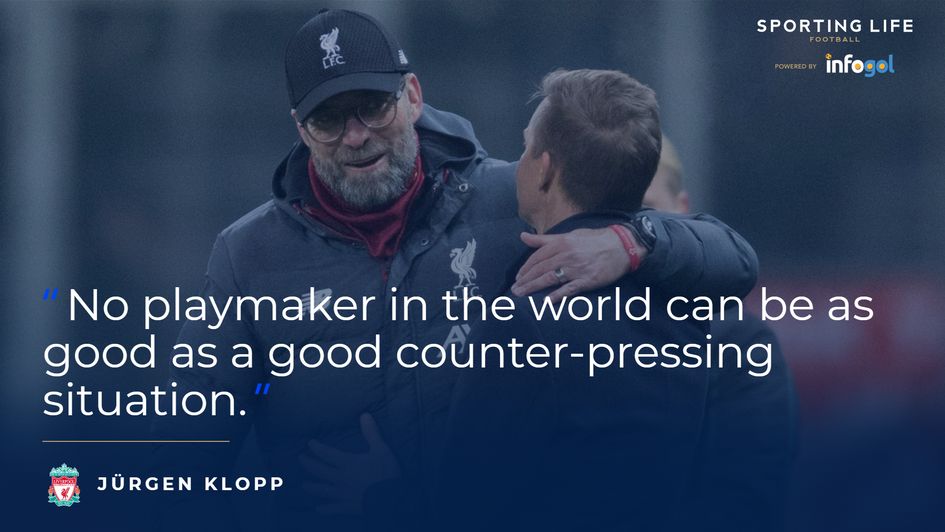 The positively pointless stat of kilometres covered will, ironically, get a good run for the second week in a row. However, it is the efficiency, coordination and execution of distance covered that matters most.

Of course, there are many different ways in which to press. Leeds fans will be the first to tell you that this iteration is vastly different to Marcelo Bielsa’s.

Marsch has previously insisted that his ball-oriented philosophy is not to press to only gain possession, but to press to test the opposition goal as quickly as possible.

You will rarely see a strategy and/or philosophy be rewarded quite as perfectly as Brenden Aaronson's opener on Sunday, a pressure that immediately resulted in a goal.

The Chelsea goalkeeper has had a shocker and Brenden Aaronson pounces to give Leeds United the lead! 😮 pic.twitter.com/BhFGost0gT

That was an easily avoidable mistake from Édouard Mendy, though.

Instead, it was the other aspects of Leeds' press that allowed the Yorkshire side to completely dominate proceedings (xG: LEE 2.13 - 0.72 CHE).

Principles behind pressuring opponents are incredibly important, and Marsch used a German-inspired acronym to describe the details in his time at the Red Bull network...

If that remains Marsch's approach in Leeds, and it certainly looks like it, the philosophy was followed to the letter.

Whether it was Aaronson's sprinting to tackle (reingehen) Mendy for the first goal, or the togetherness (alle gemeinsam) in pressing to win the ball back in the second wave (dazukommen) prior to the free-kick that made it 2-0, the principles of Leeds' pressure were evident all over the pitch.

Pressing may start from the front but it is Leeds' recently replenished and energetic engine room that has impressed greatly this season, a second wave that is racking up the defensive action numbers. 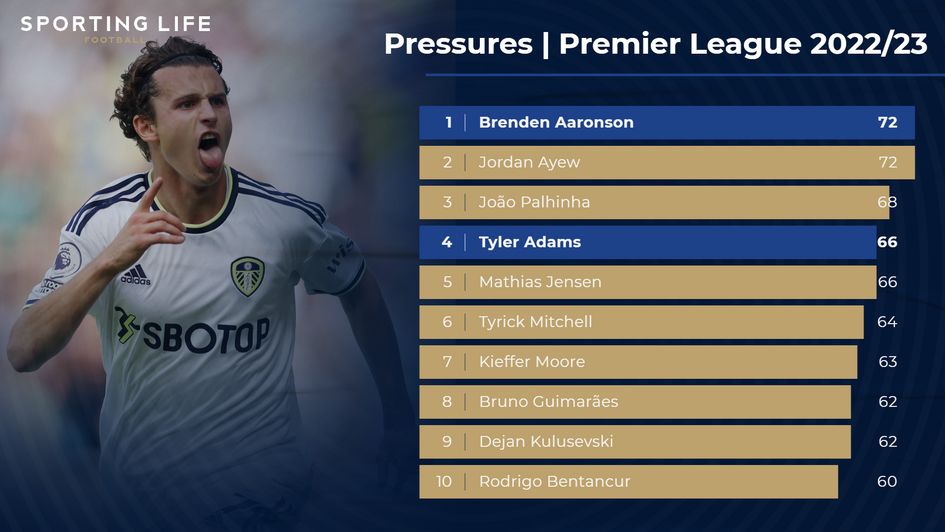 Clearly, a chance for change in the summer has been taken advantage of.

There is a shape to Leeds and, contrary to Thomas Tuchel's post-match claim that Leeds' pressure and style had nothing to do with the result, it is shaping matches. Perhaps managers are privy to a smidgen of denial, especially after a convincing defeat.

What cannot be denied is Marsch's principles have undoubtedly affected each Leeds fixture, primarily in the positive.

According to The Analyst, Leeds rank second with 34 high turnovers so far this season and hold the third-lowest average PPDA number in the league across the three games. 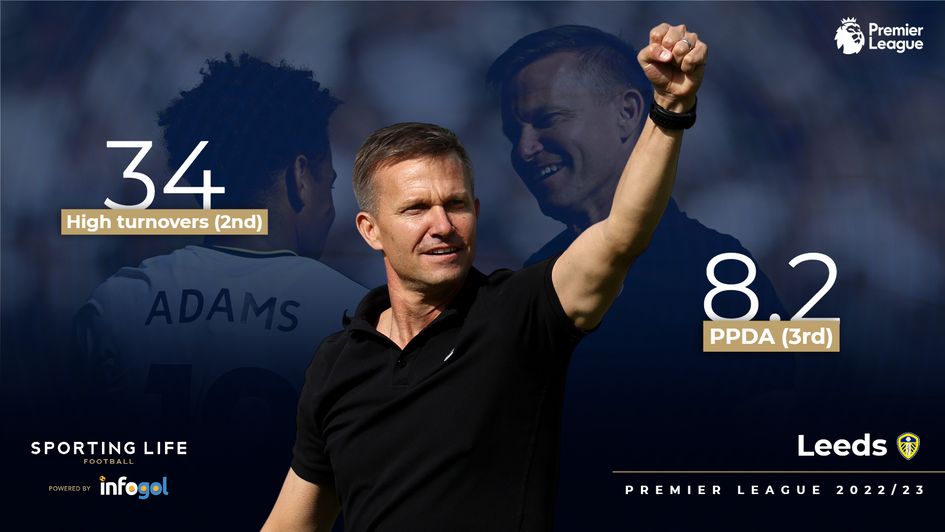 High Turnovers - Number of sequences that start in open play and begin 40m or less from the opponent's goal.

Sunday's super showing at home to Chelsea should be enough for people to take notice of Leeds.

After all, although they still sit third in the Premier League table, only a late collapse against Southampton has denied them a 100% start.

Marsch's side look more than up to the task of significantly bettering last season's efforts on the back of three imposing performances.

His Leeds press is swiftly becoming a pressing matter for any and all Premier League opposition, whatever Thomas Tuchel might have you believe. 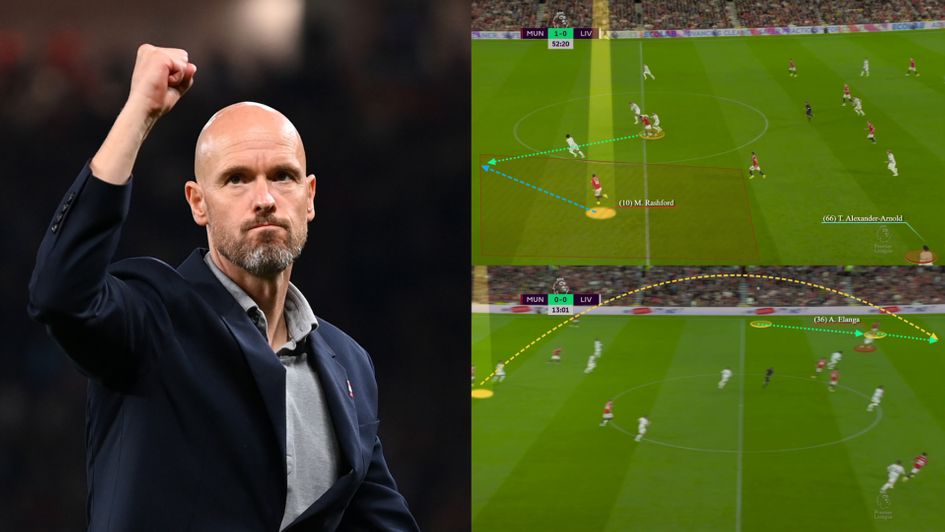