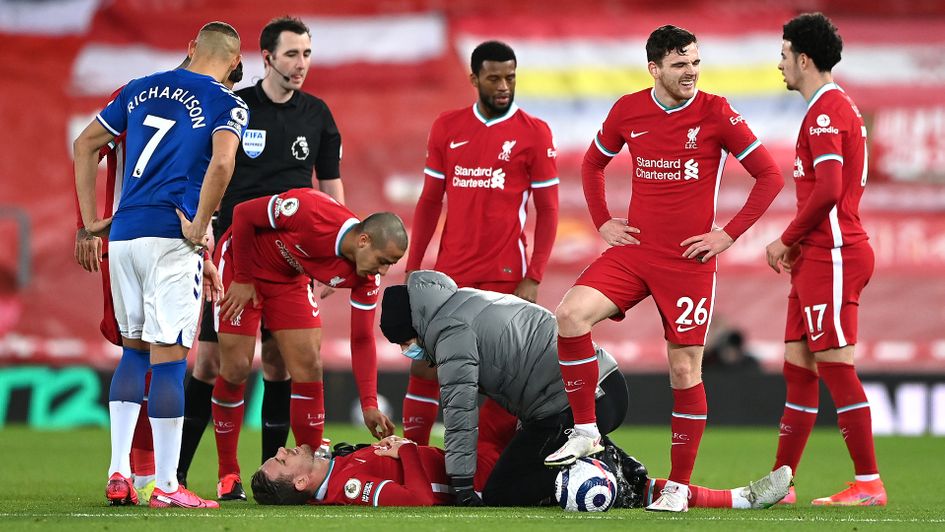 Jordan Henderson was the latest injury for Liverpool

Jordan Henderson: Liverpool captain out for 10 weeks after groin surgery

Liverpool captain Jordan Henderson is unlikely to play again until the end of April after undergoing groin surgery.

The England midfielder, 30, was injured during the first half of the Reds' 2-0 defeat by Everton in the Merseyside derby on Saturday.

He is the latest addition to Liverpool's lengthy injury, joining Virgil van Dijk, Joel Matip, Joe Gomez and Fabinho on as long-term absentees.

Those injuries have seen Reds boss Jurgen Klopp use Henderson as an emergency centre-back in recent weeks.

Among the games he is certain to miss are Liverpool's Premier League home game with Chelsea and Champions League last-16 second leg against RB Leipzig, and England's three World Cup qualifiers against San Marino, Albania and Poland.