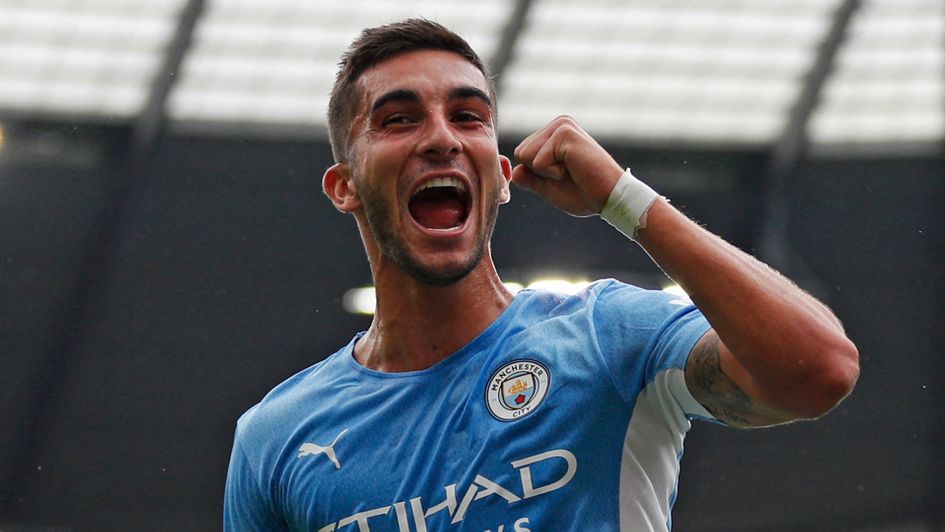 Our fantasy football picks, transfers, advice and more for Gameweek 4

The international break has provided a pause to domestic proceedings and presented the opportunity to assess fantasy football teams.

For players of the Sky Sports Fantasy Football game, this period has brought the Overhaul - the chance to make an unlimited amount of changes before the start of the next gameweek.

This column is perhaps the first of the season where there will be a clear difference between FPL and Sky players - unless FPL users are considering their Wildcard chip - but all advice will remain the same with a focus on those players who can provide in the upcoming round of fixtures.

Internationals haven't raised too many questions apart from the usual fitness concerns and that means the focus firmly remains on domestic showings - that is the best indicator for potential success in weeks to come.

Who has the best fixtures in Gameweek 4?

Anyone facing Norwich at home will always be worth consideration but Arsenal's start to the season has been a disaster and the Canaries will know that an opportunity is there to upset the odds.

The one team who do stand out though is MANCHESTER UNITED. There's hardly been a mention of Cristiano Ronaldo's return to Old Trafford - apparently he returned in the final few days of the window - and they will be hopeful of points as they face Newcastle at home.

Steve Bruce's men are 17th in the standings - although Infogol's model based on xG performance has them in 19th - and the hosts can expect a few goals and fantasy football points on Saturday.

Leicester's start to the season has been worrying and that could mean that MANCHESTER CITY may enjoy more success in this game. We could say that for any of City's fixtures though.

WOLVES' have racked up 6.0 xGF in three games - only three teams have generated more in the Premier League - but they have still failed to score. Will things finally click this week? There's a chance as they go to Watford. 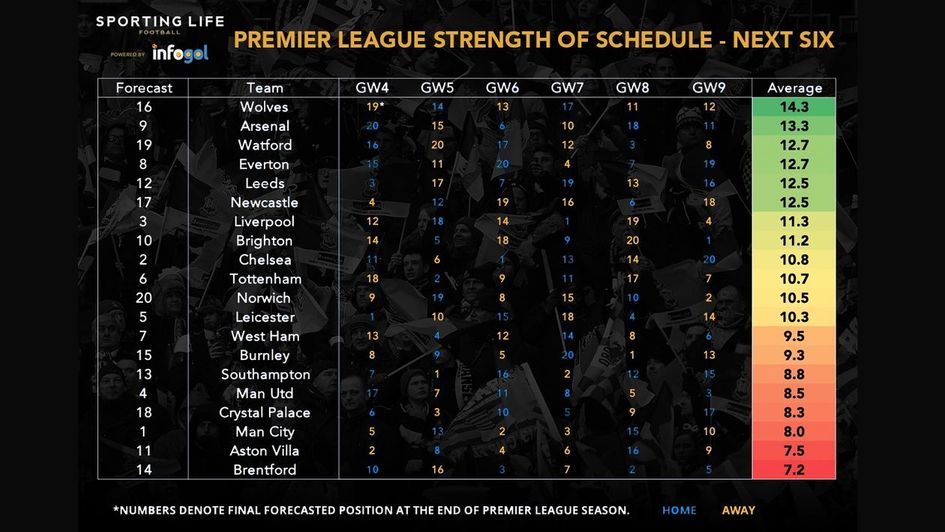 What are the best transfers to make for Gameweek 4?

The conclusion of the transfer window has brought in new faces for consideration.

The main one, of course, is Ronaldo at Manchester United but it's a big commitment to bring him in. His price of £11.8m on Sky is bettered only by Harry Kane and Mohamed Salah while the £12.5m is a high on FPL.

There are a number of interesting defensive options though. There is less competition in this area of the pitch and at a much lower cost than Ronaldo's tag - it's where more thought should be given when it comes to those new recruits.

A forward line of Kane-Ronaldo-Romelu Lukaku would provide points but it would also seriously limit what could be done elsewhere. Plus, it leaves questions about the form players - the likes of Michail Antonio and Dominic Calvert-Lewin.

Here, we pick out players worth looking at for Gameweek 4. 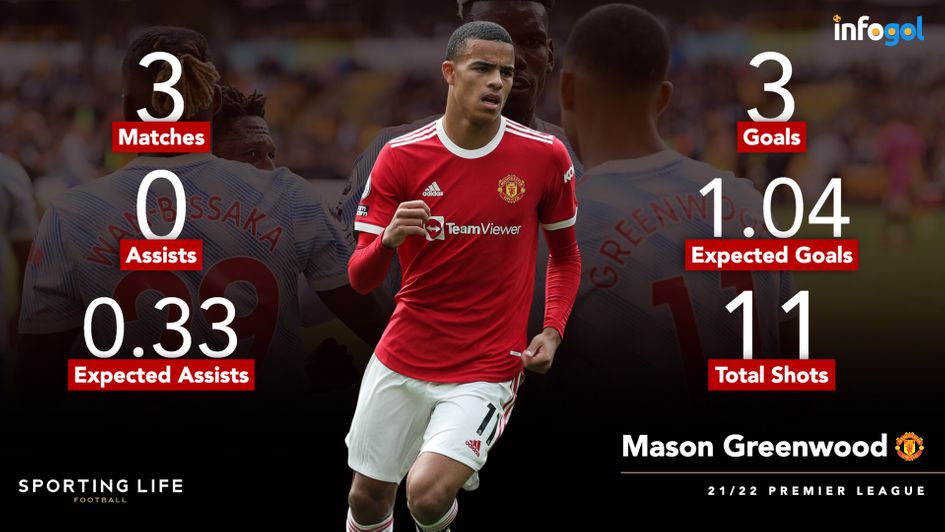 Ronaldo this, Ronaldo that - there is a great Manchester United option out there at a much lower price.

One mentioned in the Gameweek 3 column and one who delivered - Mason Greenwood has three goals in each of his first three games of the new campaign and has delivered 26 points from midfield on FPL.

Sitting 17th from 592 on the ICT Index, his impact has been significant so far and he's establishing himself as a starter in this United team. Against Newcastle, he can continue his good form.

Fantasy Football Fix's Elite XI: Team Reveal tool also highlights how a number of the top players - those with 55 top 5k finishes on FPL - are looking to Greenwood to provide the points.

It's a tough run for United after they face Newcastle with West Ham, Everton, Liverpool, Tottenham and Manchester City to come before Gameweek 12. However, they've demonstrated that goalscoring is not an issue. 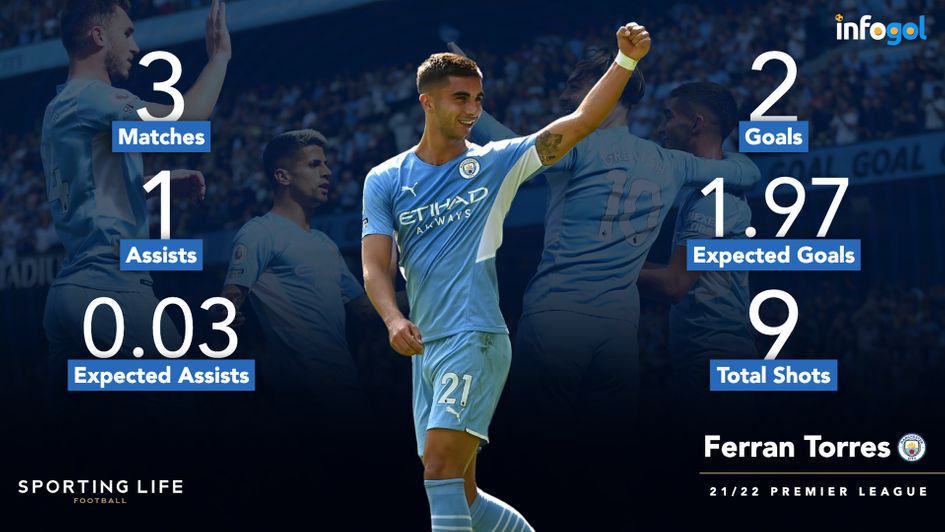 A Manchester City striker, costing £7.1m on FPL and being listed as a midfielder? How can you turn down the option to bring in Ferran Torres?

The 21-year-old has netted two goals from 1.97 xG in three appearances so far while also contributing one assist - all of those came in the 5-0 hammering of Arsenal and he is starting to find form once again.

Here's where the Torres situation becomes even more interesting. Manchester City's failed pursuit of a striker in the transfer window has seen Torres playing in the middle of the front line and it seems like he'll stay there for the remainder of the campaign.

Reports emerged recently that Pep Guardiola had spent the last year or so working on his movement, while Sergio Aguero also played his part while he was at the club, and that strongly suggests that they see him as a striker going forward. 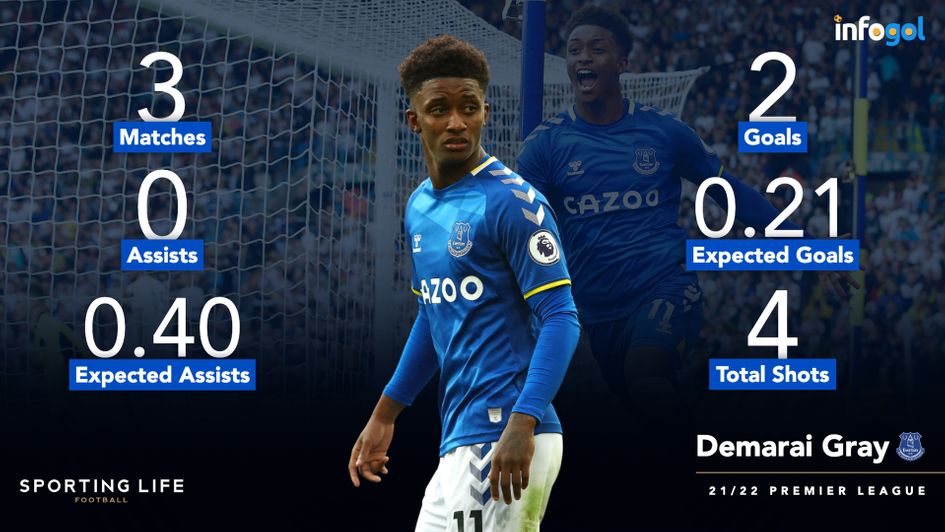 One player who I didn't imagine would become an early popular fantasy football option but one well worth considering at this stage - Demarai Gray has been in great form for Everton.

The best thing about this option is how much of a bargain he is. It frees up budget to make moves for the likes of Ronaldo or Lukaku but we can remain optimistic that he will deliver.

Gray has scored two goals in three appearances but the one concern will be that it has come from a tiny 0.21 xG. That could suggest he is making the most of his opportunities though and the 0.40 xA shows that he should have an assist on his tally.

Sky players may also want to note that Everton's home fixture against Burnley is the Monday Night Football this week - meaning you have a captain option for two teams with assets that aren't the most popular. 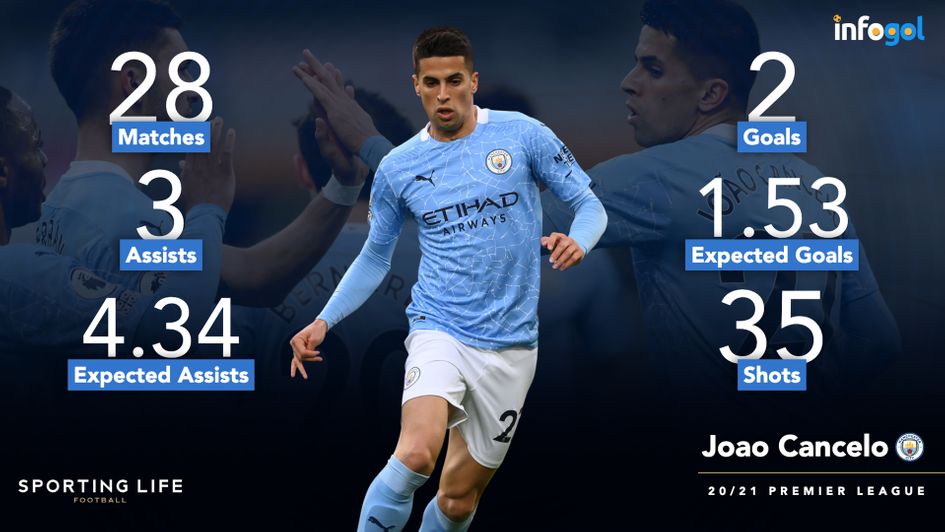 Joao Cancelo became a popular selection last season with his threat in attack evident from full-back and his involvement for Manchester City in the opening stages of the current campaign strongly suggest he'll remain a starting XI player.

Two 5-0 wins in a row means that he has secured clean sheet points while also rewarding Sky owners with passing tiers. It's a surprise to see that there hasn't been any attacking returns yet - Cancelo has 0.63 xG and 0.75 xA after three appearances.

That goes alongside the two goals (1.53 xG) and the three assists (4.34 xA) he posted in 2020/21. An expensive defender but one who can deliver in a team with a reputation for keeping clean sheets.

City do have Chelsea and Liverpool to come before the October international break but fixtures against Southampton, Burnley, Brighton and Crystal Palace are placed either side.

Who is the best captain for Gameweek 4? 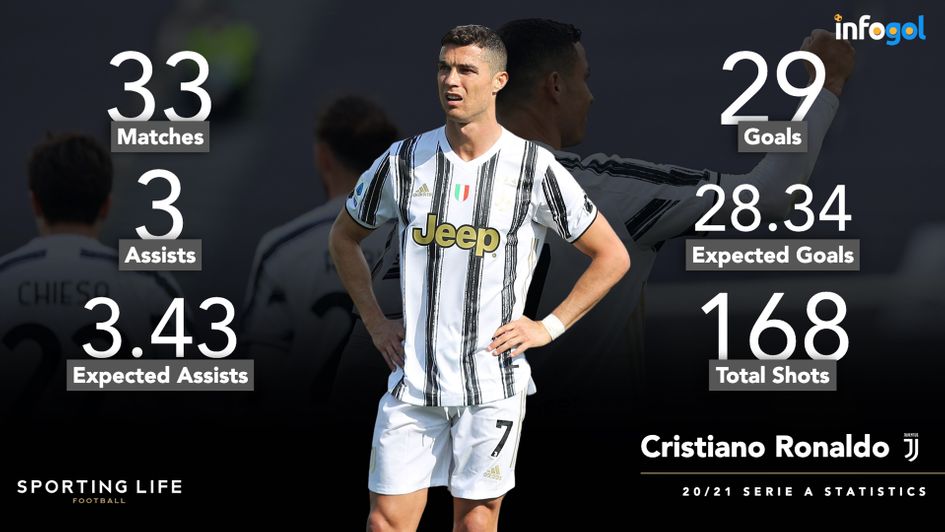 You don't want to say it, but how can you not target RONALDO when Manchester United welcome Newcastle to Old Trafford?

We're optimistic that he will start in the centre forward role and reward those who have him with a goal. It's a particularly appealing option when we consider that Lukaku could be an injury absence for Chelsea.

Differential captains could be in backing Wolves to live up to their early xG as they go to Watford while Chelsea host Aston Villa - would TIMO WERNER be a brave choice following his strong international break showing and Lukaku potentially being out?

Everton's strong start to the season would see Calvert-Lewin being another consideration but again there are injury concerns which make that one difficult. These are the issues arising in the games where captaincy options would stand out.

I'd have little issue in putting faith in MICHAIL ANTONIO to continue delivering as West Ham travel to Southampton. The striker has 40 points already on FPL and his price continues to rise - currently standing at 7.9 - but he's justifying it and should enjoy a goal-filled campaign.

HARRY KANE at Crystal Palace - a concern just days after England play Poland or the potential for goals given the opponent? There is an argument to be made for both in this situation.