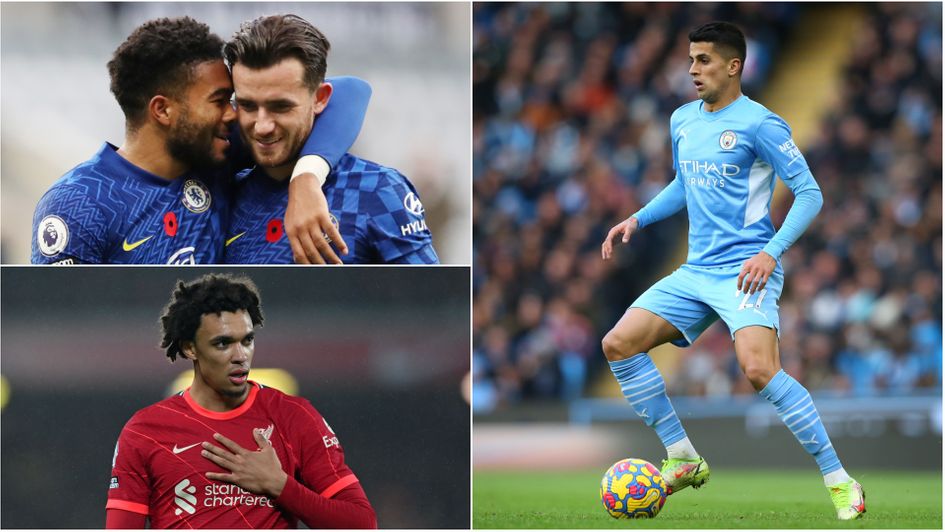 Crowning the new kings of chance creation; A title race built from the back

A surprise return to Barcelona for Dani Alves went a little under the radar last week, perhaps understandably considering his age.

The 38-year-old reunites with old teammate Xavi at the Catalan giants, most certainly for optics over production, but the move does spark the memory as to just how revolutionary Alves was.

At right-back, Alves was a tour de force; a standout creative hub long before his first spell at Barca, shining for a successful Sevilla side in ways that seemed impossible for the position.

In the present, his domain could decide the Premier League. It is a zone in which Chelsea, Manchester City and Liverpool thrive, manufacturing the new kings of chance creation.

Look no further than last weekend's action for evidence.

The three title contenders were completely dominant against solid opposition, creating chances equating to a total of 8.36 expected goals for (xGF) between them, while holding their opponents to a collective 1.10 expected goals against (xGA) - with remarkable displays from 'defenders'.

Trent creates a stream of opportunities

Trent Alexander-Arnold recorded another two assists against Arsenal at the weekend, but his incredible level of output is no secret at this point.

Liverpool’s right-back enjoys a lot of freedom going forward, averaging 34.2 touches in the attacking third per 90 minutes this term, and doesn’t waste the time afforded to him at that end of the pitch. 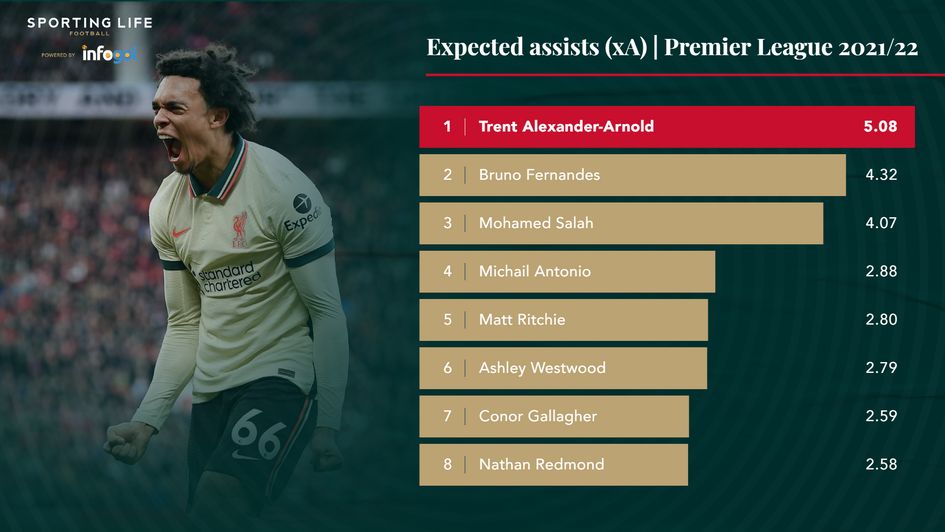 Expected assists is a better way to quantify chance creation than actual assists, eliminating the noise involved in whether a chance is scored or not, so to see a right-back at the top of that metric - with a 0.76 margin to next best Bruno Fernandes – is seriously impressive.

Granted, he gets an added boost from taking set-pieces, but it isn’t crazy to suggest that Liverpool’s extremely dangerous attack revolves around Alexander-Arnold right now, even with Mo Salah in such top form.

If you missed Joao Cancelo’s assist for Raheem Sterling on Sunday, I can only implore you to watch it immediately.

Manchester City’s answer to Liverpool’s chief creator hasn’t quite posted the numbers that his contemporary has, logging three assists from a total of 1.69 xA, but his influence on Pep Guardiola’s side’s attack is plainly obvious, and supported by other measures.

Cancelo, who operates on the left, has the most attacking third touches of any player in the Premier League with 406, an astounding thought when considering his position. 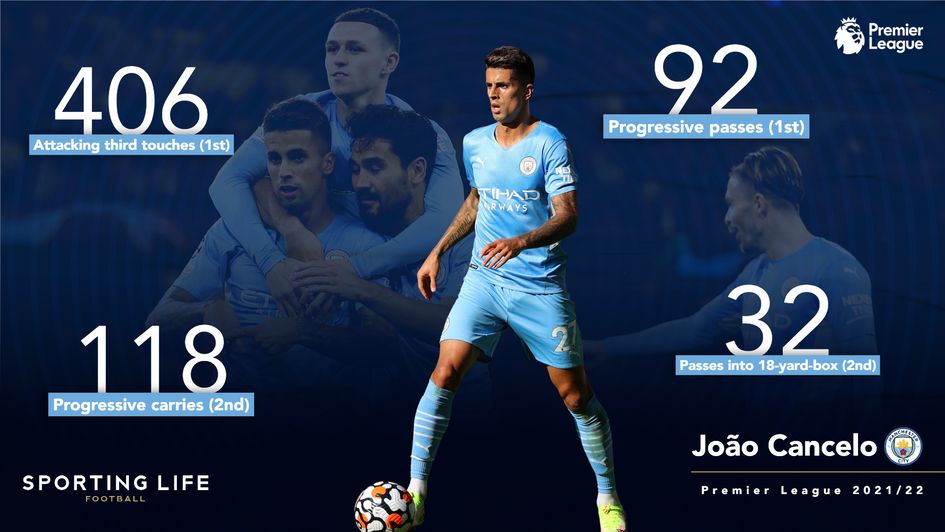 The Portuguese drives City into forward areas, sitting behind only Jack Grealish for progressive carries (118) and recording a league-high 92 progressive passes per FBref.

Cancelo also leads the league for passes into the 18-yard-box, a valuable skill for a City player that will often be faced with a stubborn low block against most opposition.

Building from the back at the Bridge

Of course, both Alexander-Arnold and Cancelo - while exceptionally talented - benefit from the system they play in, which allows them to flourish in expressive ways.

Thomas Tuchel's setup at Chelsea allows both of his wing-backs to do the same.

With a solid foundation of three behind them Reece James and Ben Chilwell have shone recently, filling some of the attacking void left in the absence of Romelu Lukaku.

In fact, James has scored the most goals for Chelsea in the Premier League, netting four times in just 591 minutes, and recording four assists from 2.24 xA in the same timeframe. 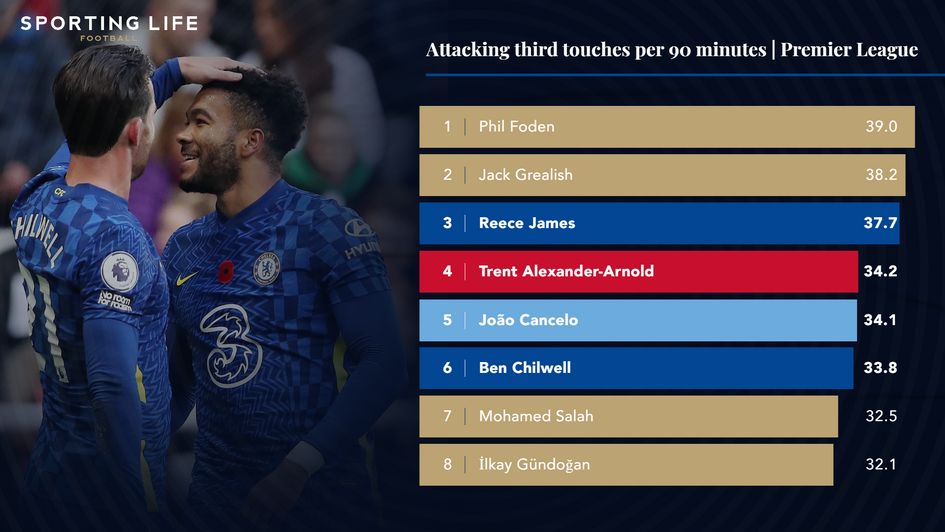 Chilwell's numbers were a little lower prior to his devastating injury in midweek, but both wing-backs contribute in the final third, averaging 37.7 and 33.8 touches respectively in the attacking third per 90 minutes, ranking third and sixth in the Premier League in the metric.

Marcos Alonso will be asked to replace Chilwell, with similar production likely to be expected of him, perhaps an indication of the influence the zone holds at the moment.

Each of the players mentioned have different roles for their club, bringing different attributes to the table, but it is an area that has become the unexpected battleground in this season's title race.

'Defenders' that are the focal point of the Chelsea, Manchester City and Liverpool attack.