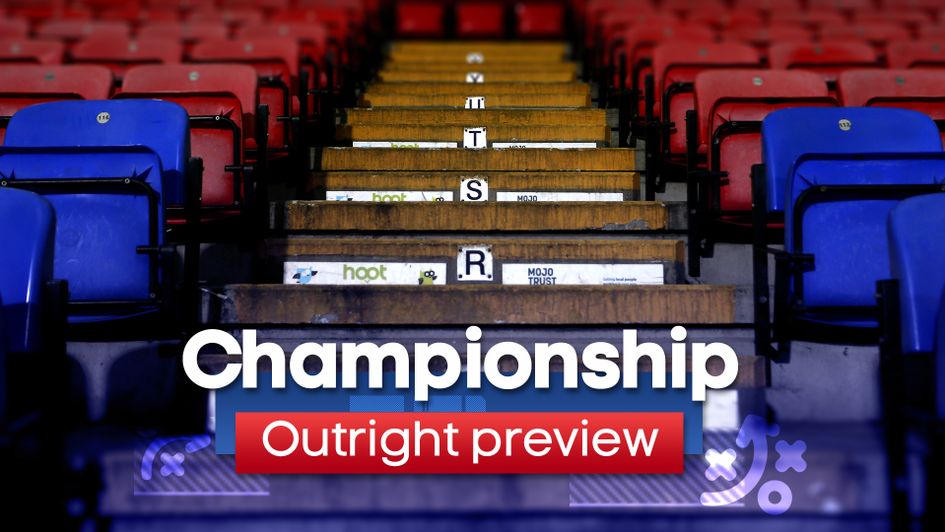 After months of waiting, the Sky Bet Championship season is finally here. Tom Carnduff gives us his predictions for the 2019/20 campaign.

2pts Hull City to be relegated at 5/1

2pts Reading to finish bottom at 10/1

1pt Hull, Millwall and Reading all to be relegated at 200/1

The Sky Bet Championship is back, and with it the nine months of excitement to accompany the rollercoaster ride in England's most competitive and entertaining division.

The one thing that strikes me about the 2019/20 campaign is how open this league is, even more so than last season.

That was reflected in the fact that Norwich and Sheffield United achieved automatic promotion, narrowly beating Leeds. Three teams who had experienced mid-table finishes in 2018. 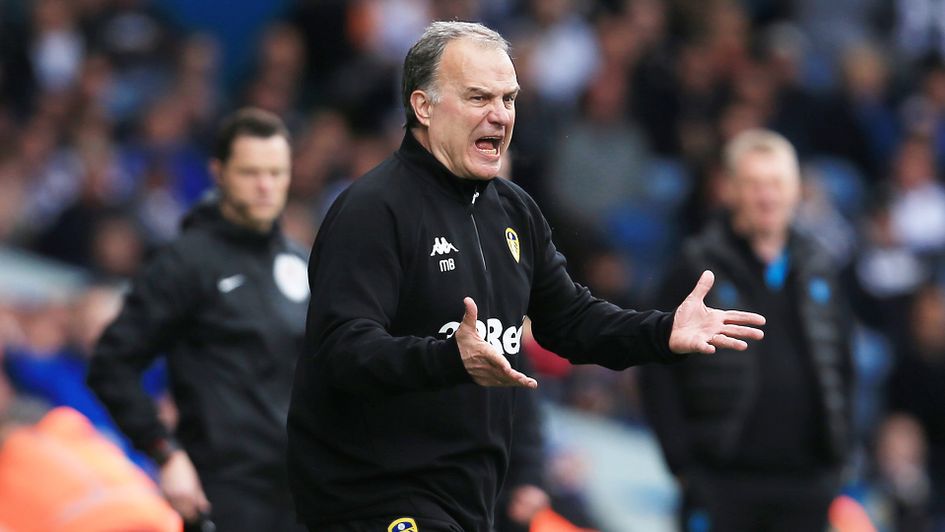 Marcelo Bielsa shouts instructions at his Leeds side

It's there for the taking again, and there are eight teams who all have a case to argue that they will be lifting the trophy in May.

Leeds are favourites, which is understandable. Marcelo Bielsa has revolutionised a club which had seemingly found its place sitting in and around 15th every season.

They will be up there, and in all honesty this campaign should be the one in which they finally return to the Premier League. If Bielsa can't do it, perhaps nobody can. The Whites don't have the funds necessary to invest heavily in the team to try and achieve promotion that way.

On a side note, the club have announced a documentary will be availale on Amazon about Bielsa's first season at the club, which should be incredible viewing given the events on and off the pitch.

The 15/8 on Leeds earning promotion will do for many, and it tempted me. However, it's a nine-month wait and, on balance, the price isn't quite big enough to justify an antepost bet.

Instead, there's one team that can capitalise and return to the top-flight following a disappointing season in their return in 2018/19.

STOKE CITY haven't spent huge amounts of money this summer, but they've made some very clever additions which should pay off across the course of a season.

Nathan Jones has welcomed seven new faces to his squad. Five of those were free transfers, while Liam Lindsay made the switch from Barnsley for £2m and Tommy Smith joined from Huddersfield for around the £4m mark. 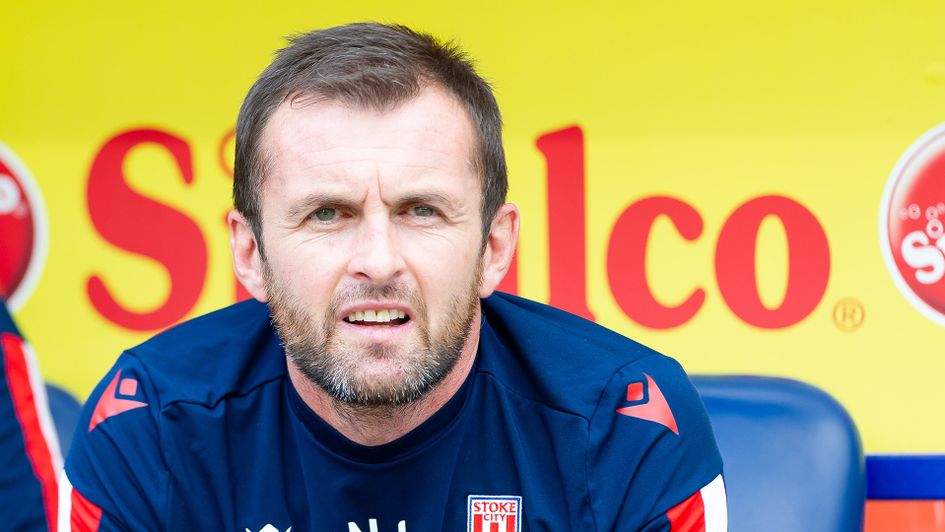 Nathan Jones' Stoke have had a positive summer

The one thing that has stood out to me regarding the Potters' business is that you can't really pick any faults with it.

The addition of Adam Davies from Barnsley is exceptional given the lack of transfer fee and his accolade as Sky Bet League One's best goalkeeper in 2018/19.

I'd even be tempted to cash in on Jack Butland and re-invest elsewhere, given Davies' presence now, but Stoke's squad is strong enough as it is.

Nick Powell has joined from Wigan. A playmaker who didn't really hit his usual heights last season, there's no doubt he is a quality player at this level and a change of scenery is likely to bring the best out of him.

In front of him, the addition of Lee Gregory to the club's already strong forwards department could well be the signing of the summer.

The former Millwall man was another free transfer, and he'll be competing against Sam Vokes and Benik Afobe for a starting spot.

Gregory has been a solid goalscorer for Millwall but his exploits have seemingly gone under the radar. The 30-year-old netted 14 goals last season, with a combined 28 in the two campaigns prior to that.

We've seen Jones' intent on attack from his time at Luton and with half a season under his belt as Stoke manager, it's likely we'll see similar fortunes for Stoke in 2020. 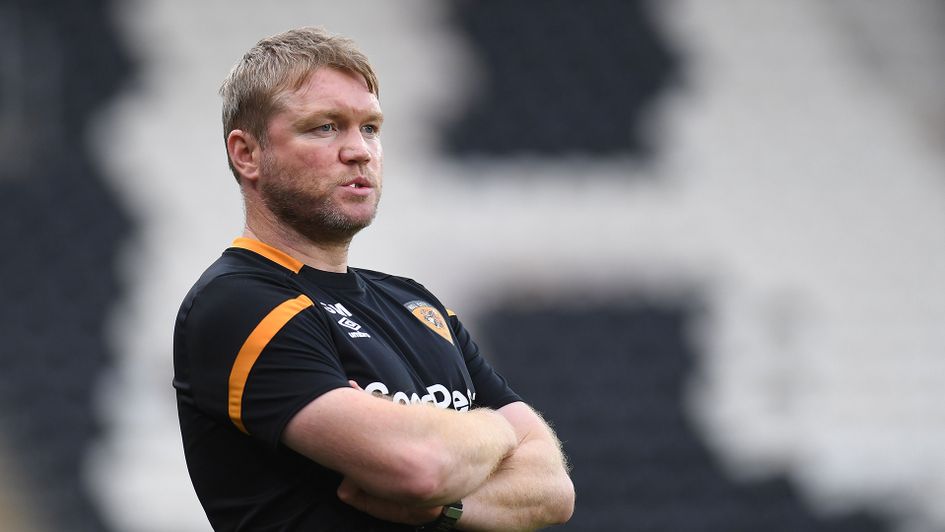 At the other end of the table, it's been a worrying summer for HULL CITY and the consequences that will bring into the season is a huge concern.

Nigel Adkins left, despite getting the club safely into mid-table, and he was replaced by Grant McCann.

McCann did well at Doncaster. He guided Rovers to the play-offs but a loss on penalties to eventual winners Charlton in the semi-final sentenced them to another season of League One football.

His appointment was a positive one given the circumstances, but on paper, this squad is a long way from where it needs to be to compete.

Striker Tom Eaves will offer a more physical presence up front but it's a real test for him to score at this level having joined from Gillingham.

Ryan Tafazolli is a familiar face to McCann brought in from Peterborough. He's a decent enough defender but there still needs to be more at this point. 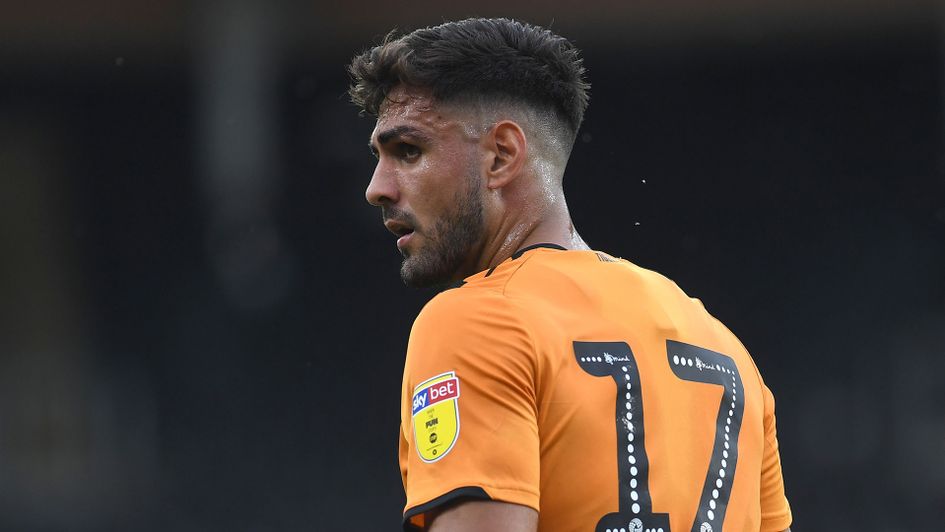 Matt Ingram replacing David Marshall in goal leaves a lot to be desired and if you were to rank the transfer windows of all the teams in the Championship, Hull would be in the bottom five.

Their hopes once again rest on Jarrod Bowen. They need the wide man to have an even better season than the one in 2018/19, where he was outstanding throughout the campaign.

The same can be said for Kamil Grosicki but they are the main hopes for goals. A good striker in this division is one that can hit 15 or more goals a season, and I'm unsure if Nouha Dicko and Eaves will hit that combined.

Not only are there problems on the pitch, but the continued unhappiness towards the ownership won't help, particularly for a manager with limited experience like McCann.

All the signs point to a long season with little success. You question the ambitions of the club and the reasons behind Adkins' departure, and then wonder if relegation would hurt those at the top at all. 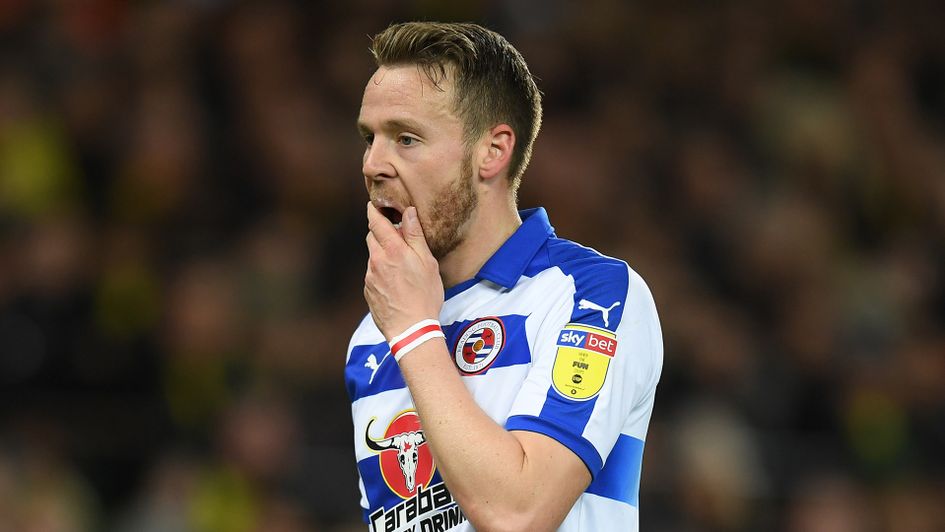 Reading could endure a tough season

Joining Hull at the bottom of the table is READING, who narrowly survived the drop last season.

It's a worrying trend. Reading have finished 17th or lower in four of the past five seasons, granted that the other season saw a play-off final appearance, but they've done nothing to build upon the foundations created by Jaap Stam.

Gomes wasn't in charge throughout the entire of last season, but results failed to drastically improve during the second-half of the campaign.

The Royals posted back-to-back league wins just once, that being against an Ipswich side who finished bottom and Wigan who possessed an awful away record.

Gomes' appointment was an interesting one considering his recent history. A concern would be the fact that he has been at six clubs where he has failed to oversee more than 16 games. 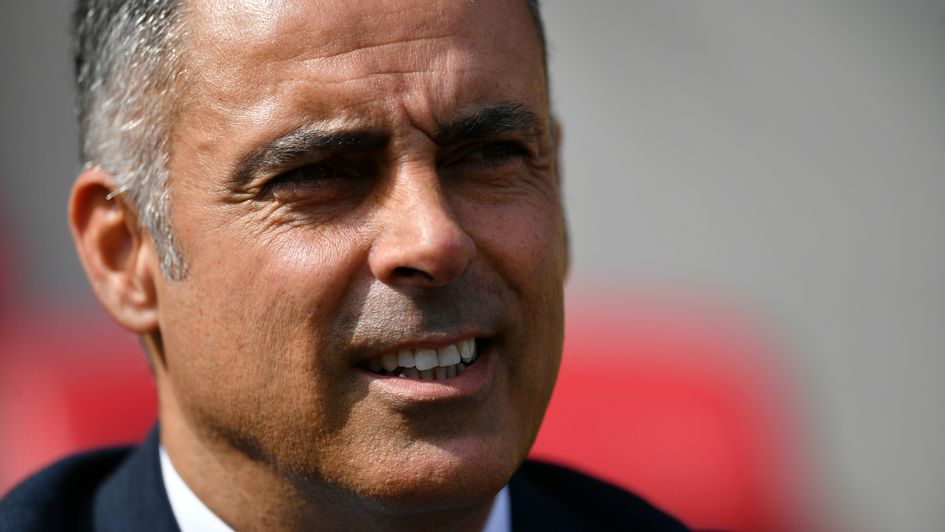 It didn't strike you as the kind of appointment that would make sense for a side battling to remain in the division. That said, if their season goes as expected, it's unlikely we'll still see him at the helm come May.

Limited movement in the transfer window has seen little improvement to the squad. No suggestion that this team will be significantly better this time around.

Michael Morrison may bring some leadership at the back, but the signing of 33-year-old Charlie Adam is more than questionable. Matt Miazga is back on-loan which is a positive, although there is still some issues in the other areas of the pitch.

They failed to win any of their last four games, while only two of their final ten games ended in victory. They stuttered over the line in the end, rather than building any momentum to take into the new campaign.

They've flirted with the prospect of relegation in recent years and the 10/1 available on Reading finishing bottom of the league is tempting value. 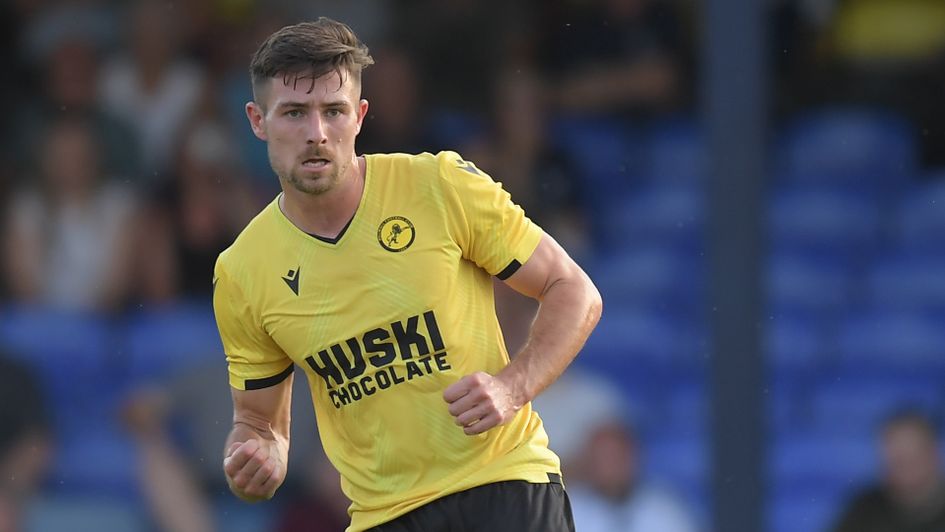 For a big-priced treble, it might be worth considering MILLWALL occupying the third spot in the relegation trio.

Neil Harris has made a point of changing the look of this Millwall side this summer, but that might not necessarily work out for the best.

David Martin, Jordan Archer, Conor McLaughlin, Ryan Tunnicliffe, Lee Gregory and Steve Morison have all departed, with replacements being sourced in the hope of improving their chances.

It will be different, and the most notable change will come in that forwards department. You could always rely on Gregory putting up double figures every season, while Morison played a part too.

Matt Smith has come in from QPR, he's joined by former Reading man Jon Dadi Bodvarsson, but neither are going to to enjoy prolific seasons.

Tom Elliot, Tom Bradshaw and Aiden O'Brien, the three other forward options currently at the the club, have struggled to make a real impact which puts more pressure on the two new faces.

Frank Fielding is the only senior goalkeeper on the books as well. While another should come in, there's hardly going to be real competition in that area. 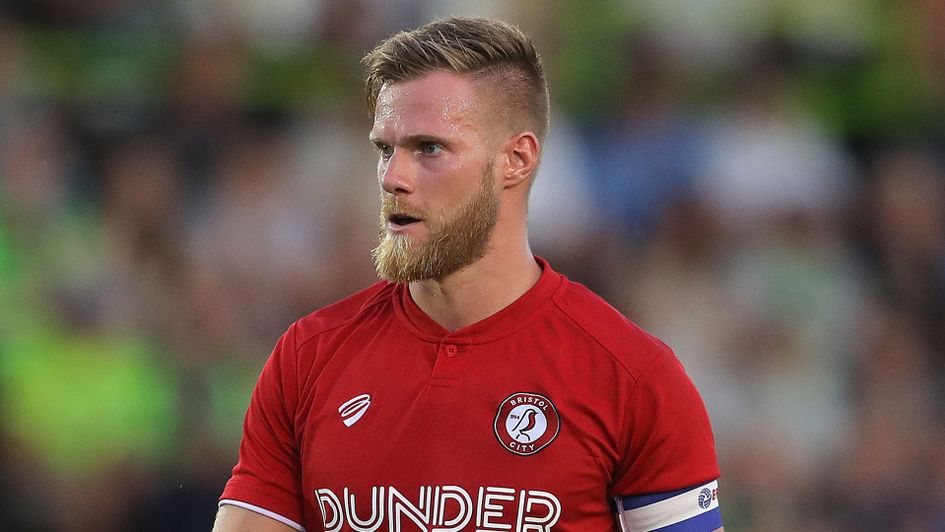 Bristol City can make an appearance in the play-offs

A quick glance back at the promotion picture and the 10/3 available on BRISTOL CITY finishing in the top-six this season.

Lee Johnson's side have been the 'there or thereabouts' type team when it comes to missing out on the play-off places over the past two seasons.

Given how wide open this division is, I'm intrigued by the Robins' prospects of finally making the Championship play-offs.

Their transfer business over the summer has been, on the whole, very positive. A new club could help Daniel Bentley find his best form again while Tomas Kalas and Jay Dasilva are great defensive additions.

A move to bring in Sammie Szmodics is one worth taking given the impact he made during his time at Colchester last season. 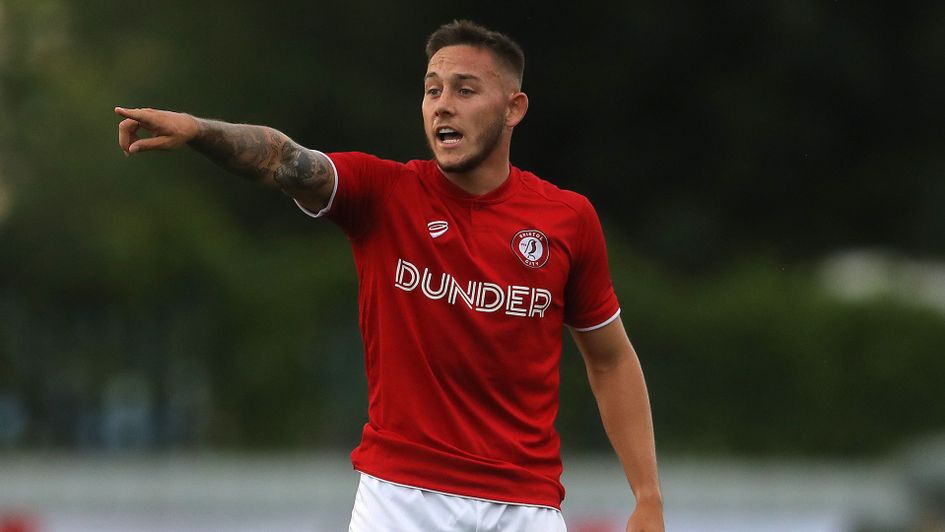 The 23-year-old scored 14 goals and assisted a further nine from an attacking midfield position in Sky Bet League Two, form which shows he's deserving of a chance at a higher level.

They may not possess a prolific striker who brings a significant number of goals, such as Tammy Abraham and Bobby Reid in the past, but that creativity could be key.

Szmodics may be the key to unlock more from Famara Diedhiou and Andreas Weimann. If they can strike up a partnership then City will have an attack that can match their efforts defensively.

Kalas and Adam Webster will once again form a strong centre-back pairing, with Dasilva and Jack Hunt providing a presence out wide.