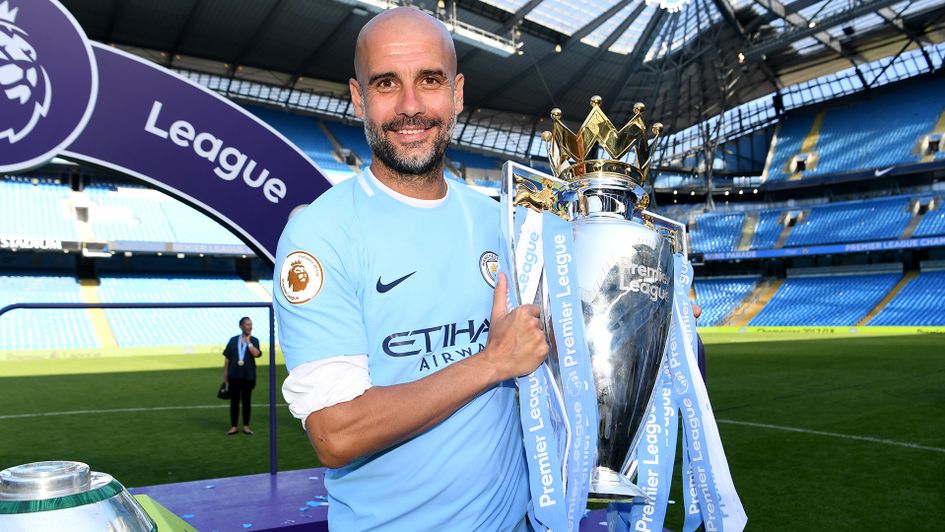 Manchester City have won the Premier League and the Carabao Cup, and with odds of 4/9 on Champions League success, will they make it a treble this season? 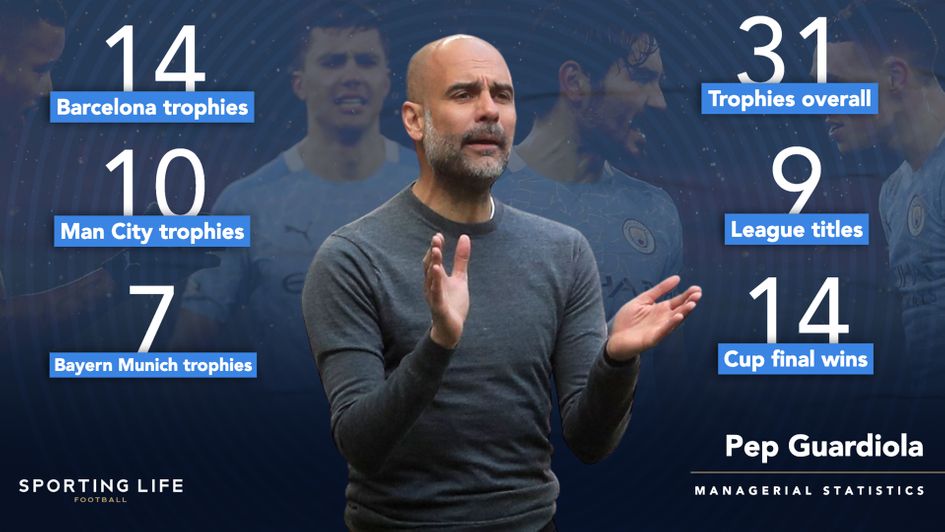 This is the big one and, whatever Manchester City do this season, it will be the competition they are judged by. Only Chelsea stand in their way. It's the one trophy that has evaded City in their quest to become a football superpower but there has been growing belief over the 2020/21 campaign that their time is finally here.

Outplayed in the opening stages of their semi-final against Paris Saint-Germain, City fans could have been forgiven for thinking 'here we go again', but an incredible second-half performance saw them roar back to take a 2-1 advantage into the second leg.

That advantage turned into a comfortable 4-1 win on aggregate, as City demonstrated defensive solidity to stifle a PSG attack stacked with talent.

Having already got past Dortmund in the quarter-finals it's not like they are doing it the easy way either. 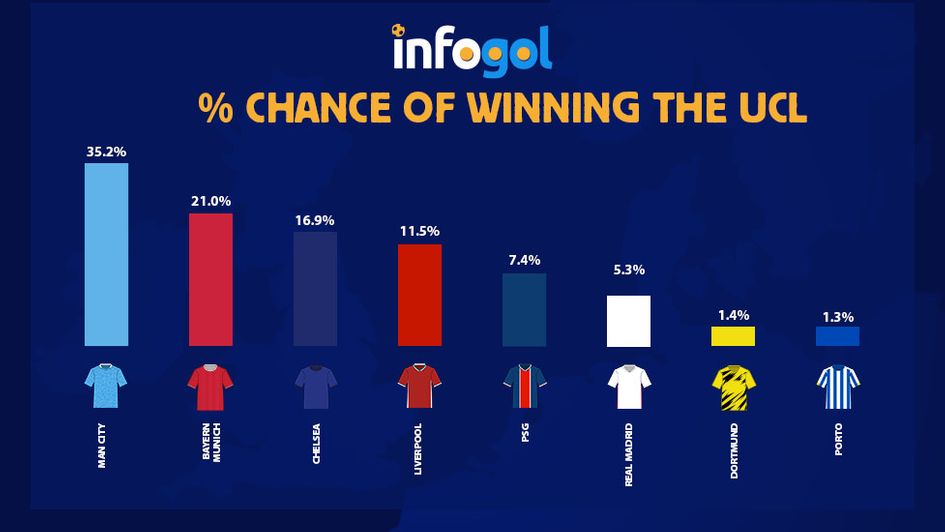 Percentage chance of winning Champions League (ahead of quarter-finals)

Infogol's expected goals (xG) model had City down as heavy favourites for the title ahead of that tie, so it should be no surprise that they were an incredibly short 5/4 before facing PSG, and have now come into 4/9 for their maiden title.

It could have come sooner, but Manchester City reclaimed the Premier League title after Manchester United were beaten by Leicester at Old Trafford.

They secured the crown with three games remaining. Ten points separates them and their local rivals with nine left to play for.

This is City's third Premier League title under Guardiola's guidance, going alongside their successes in 2017/18 and 2018/19 in the club's trophy cabinet.

It looked like another season of domestic disappointment. A slow start left them struggling in ninth after a 2-0 defeat at Tottenham on Matchday 9 but a shift in approach, focused on defensive solidity, saw them lose just three of their next 27 games. 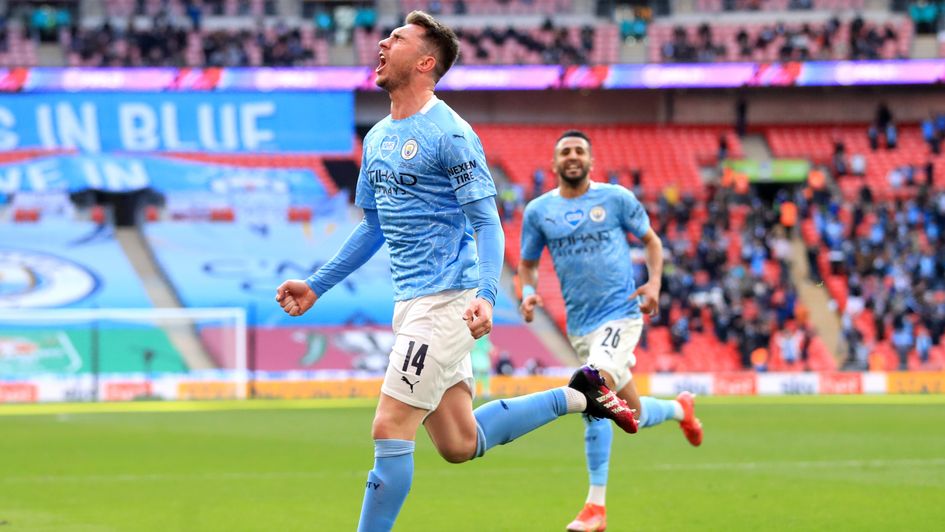 This is Manchester City's competition.

A dominant performance, despite the narrow scoreline, finally led to Aymeric Laporte's headed goal from a corner 10 minutes from time as City claimed a victory their superiority fully deserved. 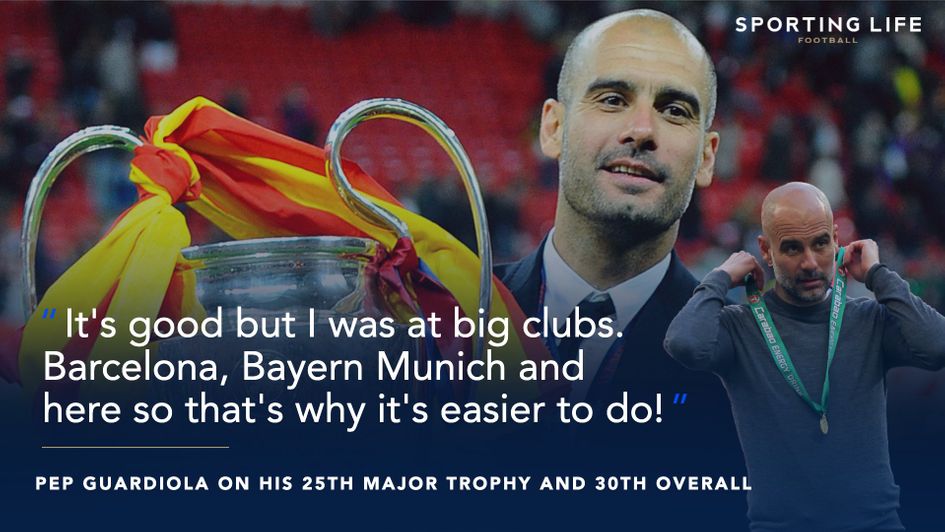 The only controversy was that Spurs felt the Frenchman could have been sent off earlier in the game,

It was a joyous occasion for the favourites and also a significant day for the wider game as both clubs had a limited number of fans present at the national stadium.

Pep Guardiola last won this trophy in 2018/19, a sixth FA Cup success for the club, but this season carried extra significance with the potential of a quadruple on the cards. Manchester City's hopes were ended by Thomas Tuchel's Chelsea at the semi-final stage.

Hakim Ziyech's second-half goal was the difference in a match Chelsea dominated.

A missed opportunity? Chelsea will now face Leicester in the final as heavy favourites.

If City had made it, the quadruple really would have felt on.