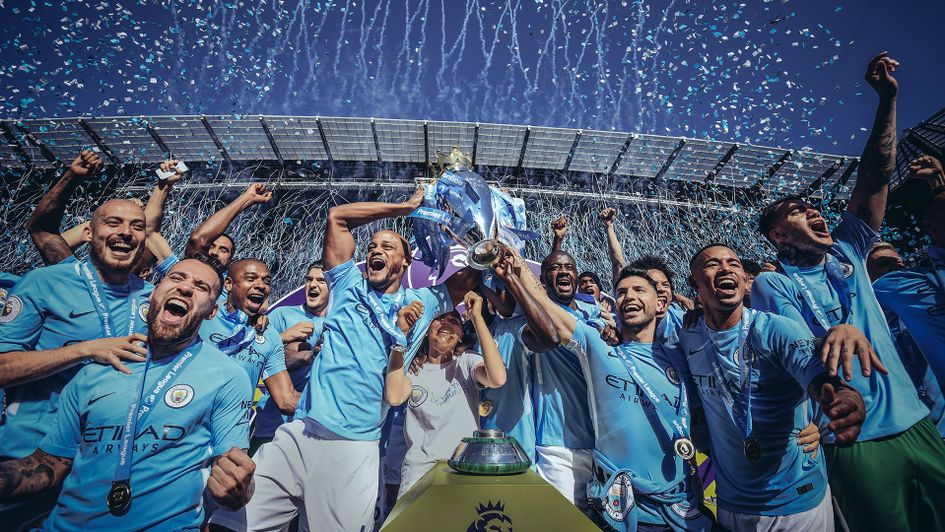 It's one down and three to go for Manchester City, can they really win all four trophies this season? We look at their chances.

City managed to pick up a double last season after lifting the League Cup and the Premier League trophy. Their European dream came to an end at the last-eight stage, while Wigan stunned them in the fifth round of the FA Cup.

This season though, they've already retained their Carabao Cup title and with plenty of Champions League experience under their belts, they could continue to go from strength-to-strength.

They are faced with the real prospect of a four-trophy haul. It may seem a ridiculous suggestion, but when you analyse their chances in each competition, it shows how it is a real possibility in another campaign filled with success.

They made heavy work of it, but the first trophy of the season stayed in the hands of Manchester City after they beat Chelsea on penalties after a goalless draw at Wembley.

There was no repeat of the 6-0 hammering at the Etihad a few weeks ago, but City showed they can dig out results, and also had the little bit of luck you need to win a penalty shootout as they retained their title. 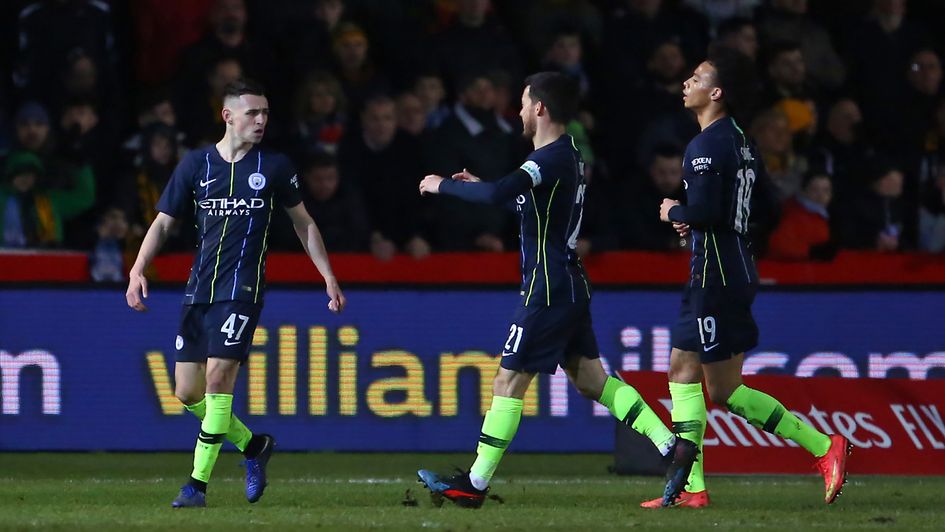 City were given a scare by Swansea, but they managed to make it through and find themselves as the only top-six side remaining in the competition.

Next up is Brighton, who are now the huge outsiders despite being two games away from success. Pep Guardiola's men have been comfortable in their three games against Albion since their promotion, winning by two goals on each occasion.

This trophy is one that has seemed to elude City a bit in what has been a number of successful years in English football. They beat Stoke 1-0 in 2011 to lift the Cup, their first since a triumph over Leicester by the same scoreline in 1969.

The likelihood is that they meet Wolves in the final, with Sky Bet making it 4/6 that those two teams are the finalists. Whether it be Wanderers or Watford, City are in a fantastic position to win the other domestic cup on offer. 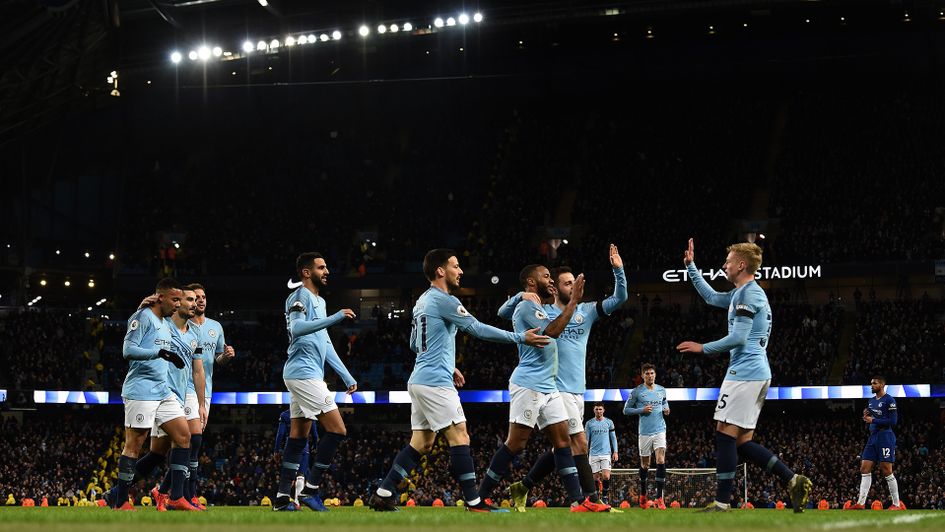 Celebrations for Manchester City in their 6-0 win over Chelsea

They won the Premier League in remarkable fashion last season. Gabriel Jesus scored in virtually the last minute of the campaign, that meaning that City finished with 100 points on their tally.

They were comfortable throughout their record-breaking season and were rarely challenge for large parts. Even after defeat against Liverpool and Manchester United, they still finished strongly.

A poor Christmas period that brought consecutive defeats against Crystal Palace and Leicester, alongside defeat to Newcastle in January, may ultimately cost them their defence of the title, but victory over Liverpool at the turn of the new year gave them confidence.

Despite Liverpool finding themselves two points ahead, City's game in-hand means that they are now 4/11 favourites. They've been backed in further as the season has progressed.

What they have to their advantage is a much stronger squad than their main rival. Second string squads have been used in the domestic Cups and yet they are still winning with ease.

There could be key injuries too and City have the ability to bring in top quality replacements in every position. They've coped without a top playmaker in Kevin De Bruyne and any absence for Sergio Aguero will see Gabriel Jesus come in.

A player of Riyad Mahrez's quality has largely had to settle for the bench, which shows the options that Guardiola has to pick from. 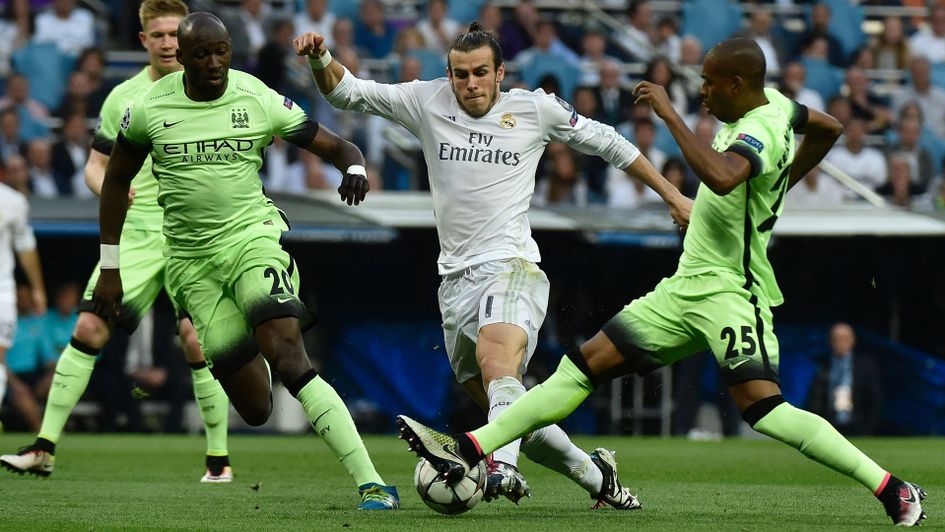 For all the money they have spent in building superstar squads over the years, this is the one competition that City have never been able to quite figure out.

The 1-0 aggregate defeat to Real Madrid in 2016 was the furthest stage they've reached in the Champions League. The defeat the Bernabeu coming in the semi-finals.

Last season saw them knocked out by Liverpool in their quarter-final, but the fact that they won't meet the Reds until the final can be viewed as a huge positive by Guardiola.

It feels as if City are best equipped for European football under Guardiola too. They also come into it on the back of the huge campaign where they dominated English football. If they are to win Europe's elite competition, it does feel like it will be now.

Recent history has shown that they can beat some of the best as well. Whether it be in the group stages or the knockouts, City have got the better of the likes of Paris Saint-Germain, Bayern Munich and Barcelona.

The Round of 16 also saw PSG, Bayern Munich, Borussia Dortmund, Atletico Madrid, Roma and Real Madrid crash out. Big teams in this competition in recent years are no longer a part of proceedings.

The question here is also the psychological factor that comes into City playing in Europe. They know their poor record in this competition and the expectation on the club to earn success at the very top level.

That is ultimately how they will be judged. The Premier League signals a top team in England, but a Champions League truly highlights how they are one of the best in Europe. The defeat to Lyon didn't get them off to the best of starts but they responded well with four wins and a draw.

A draw against Tottenham would have been one of their preferred choices and they will avoid Liverpool, who have been a problem for them in recent seasons, until the final.

A lot of these Cup-based competitions do, in part, come down to the luck of the draw which City have had already. There are no easy games here though and City's strength in depth could be crucial to their chances. 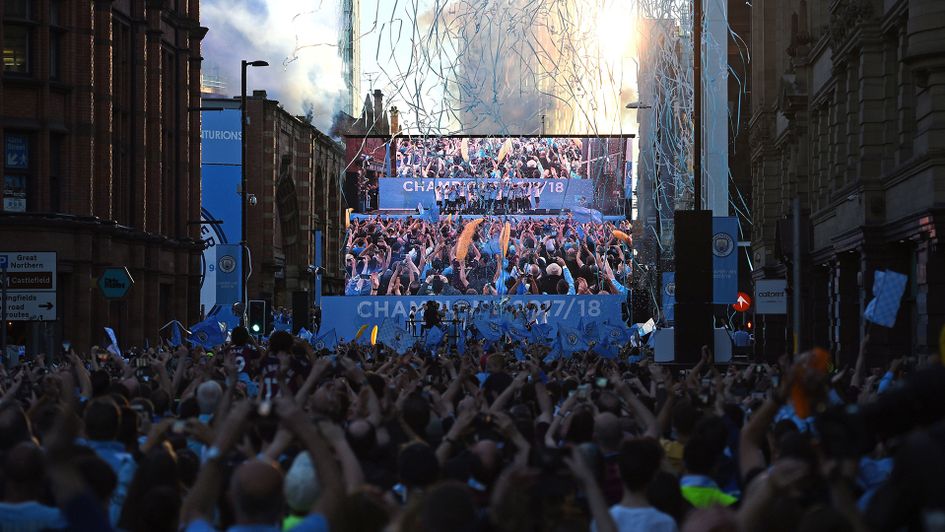 It's incredibly difficult to win any major honour in one season, let alone four.

It's also incredibly difficult to say that a team will win all four trophies available to them, but the fact is that they have won one and remain the favourites in all the remaining competitions they are competing in.

The FA Cup is yet to hand them a difficult tie so it seems that both domestic Cups will be theirs this year.

The pressure is on Liverpool in the league with the Reds yet to win England's top competition since it has been called the Premier League. They've slipped up once before and they are capable of doing it again.

When it comes to winning the title, the one team you don't want chasing you down is Manchester City. They are relentless and look unbeatable on most days.

Add in the fact that their second string is better than most first-teams and you see the problem that is facing the likes of Liverpool and Tottenham.

The downside for City is that teams have started to learn how to play against them. The 2017/18 season saw them blow opponents away, particularly in the league, but it's not the same this time around.

It shows that it isn't fresh information to the players that games may be more difficult than previously. They'd expect that. However, the bad news for other teams is that this City team can play most of their opponents off the park.

With one in the bag, this season should be a campaign that brings at the very minimum two trophies for Guardiola's side. Given how the Premier League and Champions League may well play into their hands, they have every chance of securing a historic quadruple.