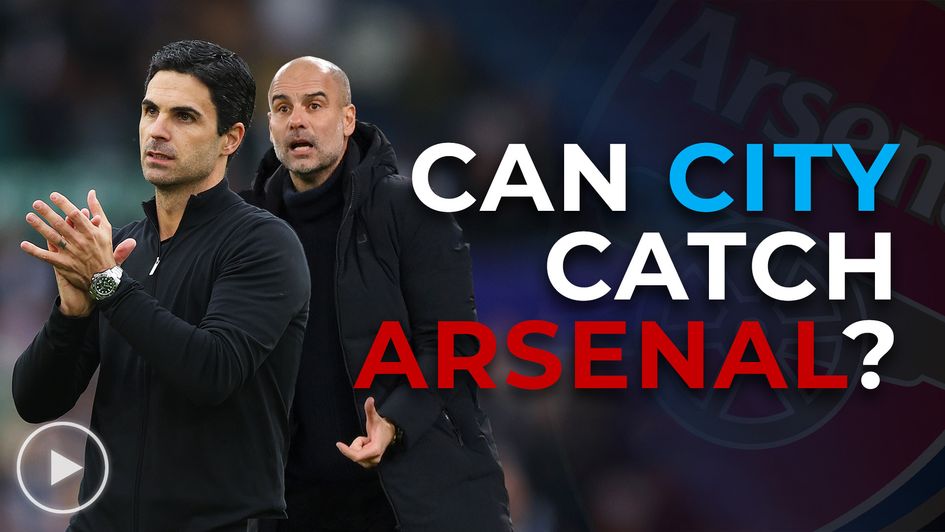 Can Arsenal win Premier League title or will Man City catch them?

Arsenal hold a five point lead over Manchester City, but can Mikel Arteta's side hold off the reigning champions?

This article was written before Manchester City's FA Cup win over Arsenal on Friday evening...

Arsene Wenger's side were 'invincible'. Arteta's must be unflappable.

Our model now gives Arsenal a 54% chance of ending their 19-year wait for a Premier League title - the first time they've been more likely to end the season as champions, than to not. 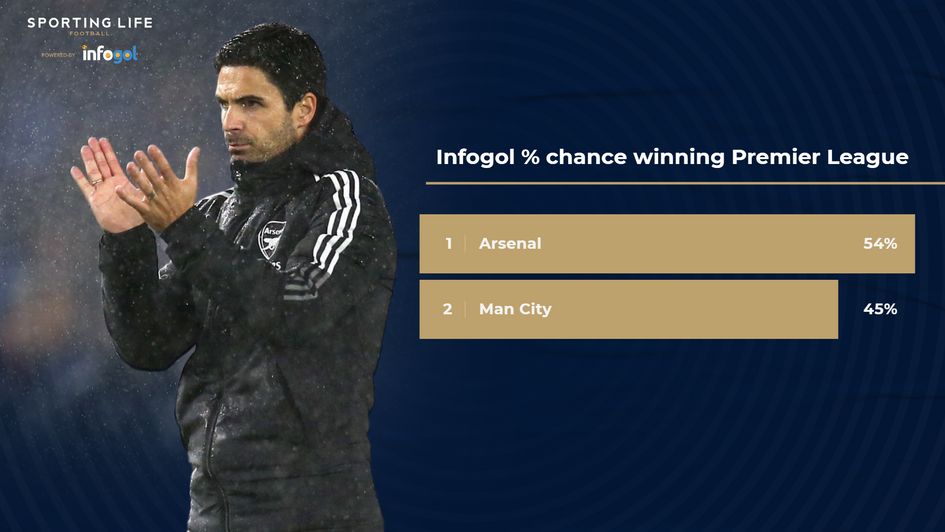 But the team they are up against breaks all models…

The Gunners may be five points clear with a game in hand at the halfway stage, but their underlying numbers are in fact marginally worse than Manchester City's. 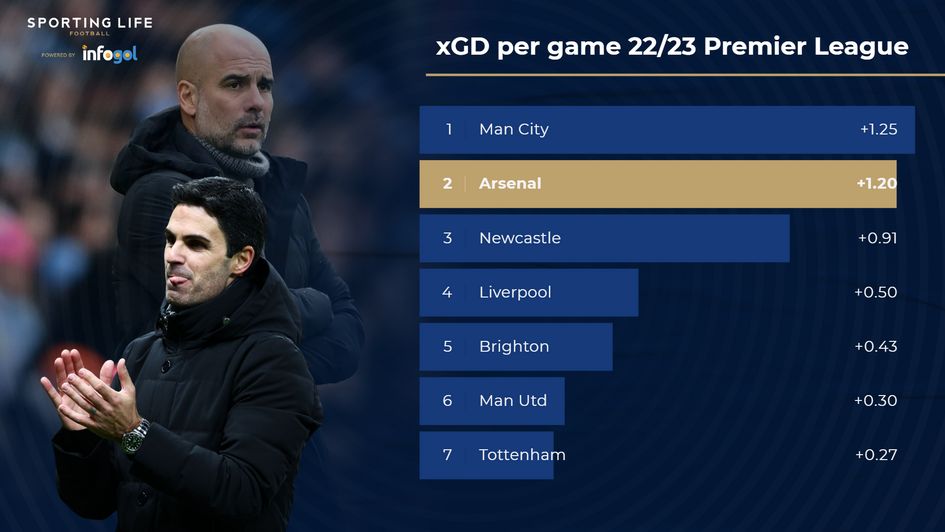 We'd expect this to balance out in the second half of the campaign, making a five - or eight - point swing far from unrealistic.

For Arsenal, this is unknown territory. For City, it isn't.

In fact, this is almost a total re-run of their 2018/19 battle with Liverpool, who like the Gunners were looking to end their long wait for a title.

Unusually, this time around the top two still need to play each other twice, only adding to the possibility of a dramatic City fightback. 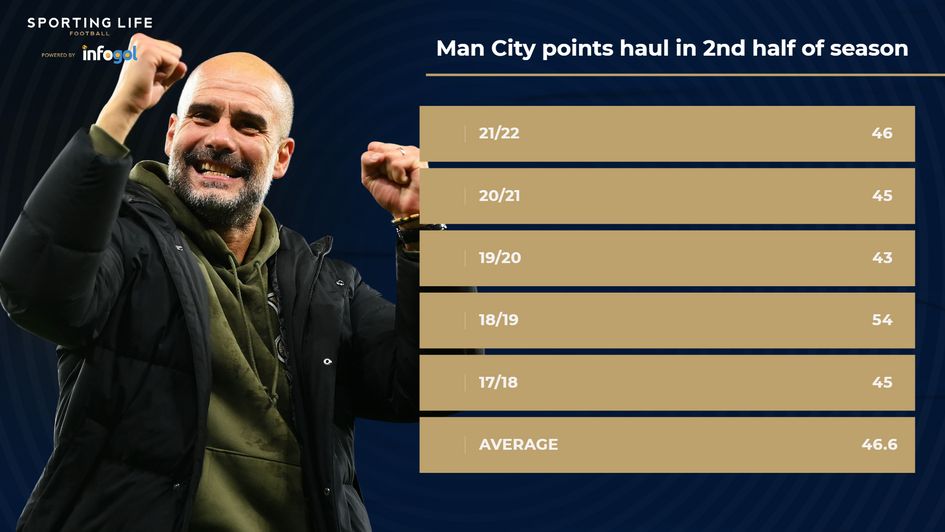 In the last five seasons, City have averaged almost 47 points in the second half of the campaign.

Hit that, and Arsenal would need around 40 to hold them off and match The Invincibles' club record total of 90.

If Pep's men repeat their run of 2019, it's likely Mikel Arteta's side would need to finish on 97 points to win the title.

Well, no one said it was going to be easy... 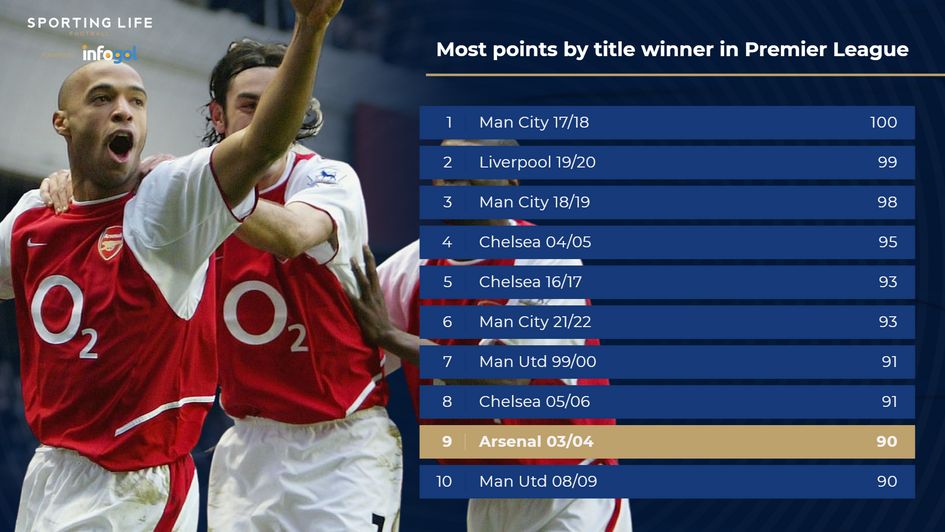