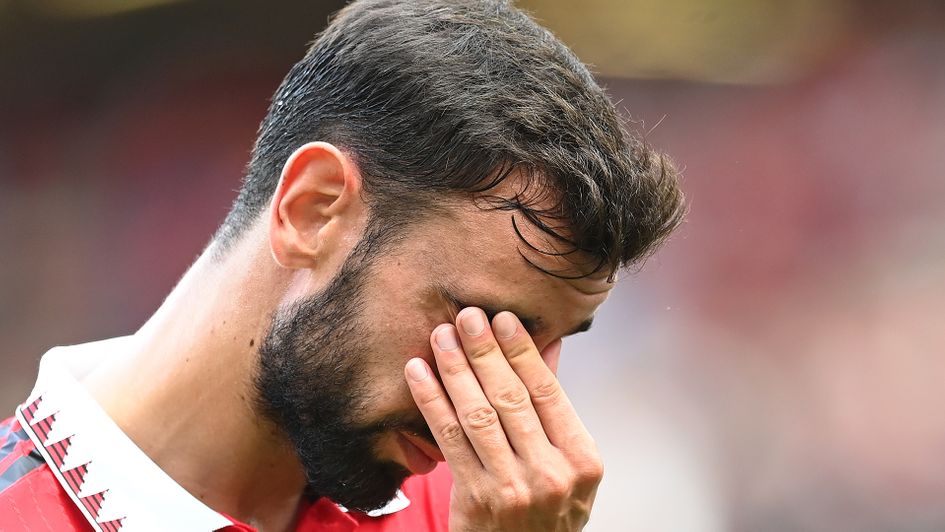 Bruno Fernandes: Why midfielder does not fit into Erik ten Hag's team

Kevin De Bruyne and Lionel Messi are both regarded as two of the best playmakers in Europe.

The individual quality they bring to their respective teams is second to none, with how they lead the side forward from midfield to attack whilst creating constant goal-scoring opportunities for their fortunate team-mates, completing the right pass at the right time in the final third area of the pitch.

However, the current era of modern football has moved away from a tactical system that consists of a number ten, with De Bruyne playing as an advanced number eight for Manchester City.

Messi typically plays on the right flank, where he can drift inwards and create chances with ease but playing him in a central position behind the striker, would limit his complete influence on the game.

Now, we move onto Bruno Fernandes, who plays in the number ten role for Manchester United. 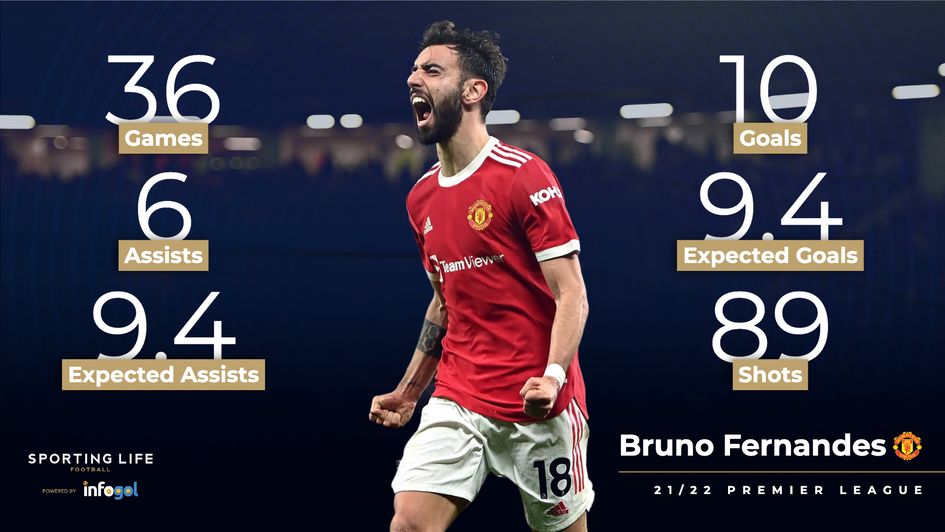 His most successful spell happens to be in his first 12 months at the club under Ole Gunnar Solskjaer, where the side were not a possession-based team, but were relentless on the counter-attack, as he was pulling the strings with his quick decision-making skills and his range of passes for Anthony Martial and Marcus Rashford, who had formed a great understanding with him without any issues.

The 27-year-old was at the heart of every attack, as he was given the freedom to do whatever he wanted, resulting in him being regarded as a high risk high reward type of player.

Though, with time and better defensive structures set by the opposition, he has been seen as a frustrating attacking midfielder, as the side’s go-to-man to influence his team going forward has shown to lack discipline positionally, lack precision technically and lack intelligence on the pressing aspect of the game.

It is very early in the season to make a statement on whether a player will fit into the new manager’s plans or not.

On the other hand, Fernandes has previously shown these struggles within the second half of the 2021/22 campaign under Ralf Rangnick, where he could not hit the ground running during the six-month spell, resulting in huge doubts of his capability in a possession-based team.

This is the kind of football that requires maximum effort for the team over individual moments of brilliance.

Against Brighton, there was an example of where the inconsistent decision making and poorly timed output from Fernandes led the side’s attack to be unsuccessful, as his delayed and underweight pass to Christian Eriksen, forced the receiver to backtrack and go towards the ball, rather than attack onto it. 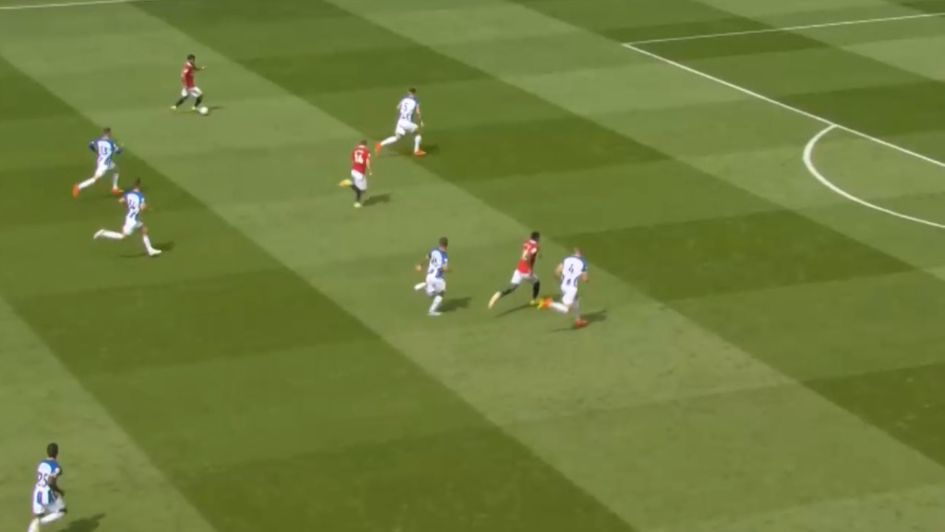 A few seconds later, as shown in the below image, Eriksen has to drop a few steps to obtain possession of the ball, rather than having a through ball reach him and having the potential opportunity to take a first time shot.

Not only that, the Danish international has to take a couple of touches due to the lack of pace put on the ball by Fernandes, which allowed three Brighton defenders to apply pressure towards the attacker, forcing him to take a really difficult shot at a limited angle. 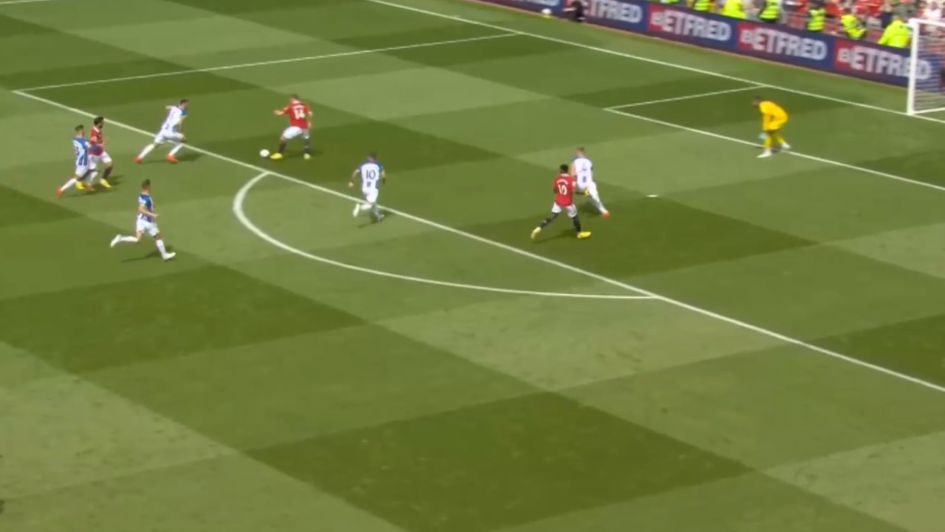 Not only that, but throughout the game, Fernandes lost possession of the ball on 21 occasions, failing to create clear-cut chances for his team and was unsuccessful in scoring the only shot he had, as his attempt in the penalty area went way above the cross bar.

It was the sort of performance that didn’t surprise the Old Trafford faithful, something they have been used to with time in recent years.

Former Sporting manager, Carlos Carvalhal, had previously stated in 2020 that the 27-year-old midfielder is not a number ten player.

He advised to Sky Sports: "He shoots, he assists, the passes and the free kicks. But he is not a 10, he is an 8. He is a box-to-box player who understands very well the game.

"He doesn’t just play. He understands everything that happens around him."

Furthermore, Rangnick followed through with similar words about Fernandes at the end of January 2022, after a 3-1 victory away to Brentford.

The former interim coach stated: "I think for him it’s better (playing in the number eight position) than being pinned to the number ten role, because he can make himself available in different areas of the pitch, not only the centre of the pitch."

On that basis, the former Sporting and Sampdoria midfielder may not be a regular starter within the next couple of months, as he is more of a box-to-box midfielder than a number ten, which is a feature that Ten Hag cannot fit into his 4-2-3-1 formation as the two deep midfielders are deemed as the ball progressor and ball carrier, a tactical role that he would not be able to fulfil.

When noting his key strengths and weaknesses, it can comfortably be stated that he would be an influential individual and a complete football player in the 2000-2010 era of football, where the lack of tactical system and missing presence of sophisticated possession football was not a huge factor.

Overall, Bruno Fernandes is not expected to work within Ten Hag’s style of play, when analysing the skillset the player has compared to the type of attacking midfielders the manager likes within his team.

The coach can make tactical tweaks to get the best out of the player, or the player can attempt to adapt to the manager’s standards, however, it may not work out for the long run.