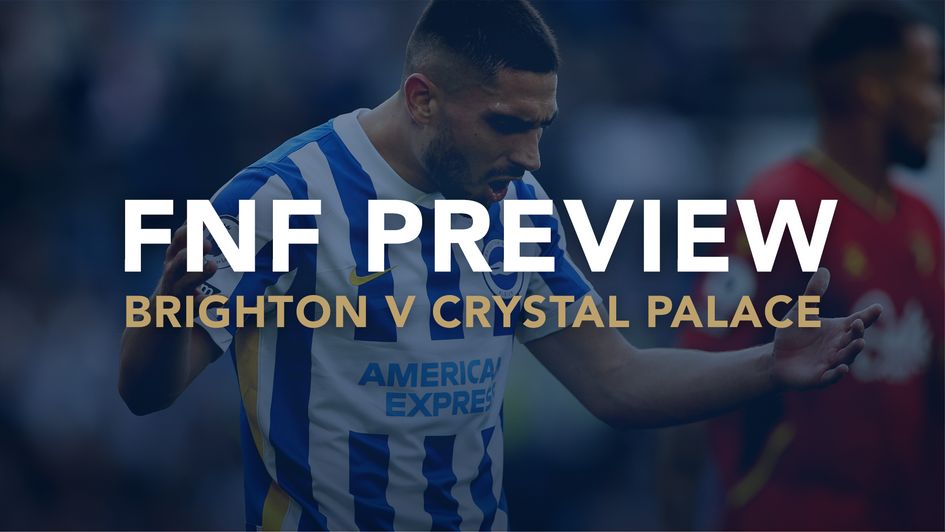 Brighton take on rivals Crystal Palace on Friday night and Jake Pearson has previewed the fixture, picking out his best bet and score prediction.

After a magnificent start to the campaign, Brighton endured a poor run of form from late September up until the close of the year, failing to win in 11 Premier League matches.

The blip seems to be over now though, with two wins and a draw (against Chelsea) in their last three league matches as well as a 2-1 victory over West Brom in the FA Cup, and it is hard to argue that the Seagulls do not deserve their position of ninth in the league, far from the most prolific of scorers but boasting the sixth best defence in the division in terms of goals conceded.

Their goals difference of exactly 0, as well as their expected goal difference (xGD) of +1.0, demonstrates just how solid they have been throughout the campaign, but it also goes a fair way to explaining why nine of their 19 league matches so far have ended all square.

Across their last three matches, the difference between Brighton’s expected goals for (xGF) and expected goals against (xGA) has been +0.05; games involving Graham Potter’s men are well balanced.

This match should be no different then, even more so perhaps given the history between the clubs.

Factoring in the element of the “derby” is difficult, in fact it is almost unquantifiable, but there certainly exists an element of “do not lose” in matches such as this.

That was evident when these two met earlier in the season, Crystal Palace taking the lead at the end of the first half and creating the better chances in the game, only to be sucker punched by Neal Maupay’s impressive finish in the final minute. Emotions certainly ran high in that contest.

Crystal Palace sit joint-third in the Premier League in terms of matches drawn, and that is really no surprise, their 29 goals scored vs 30 conceded leaving them with a goal difference of -1, accounting in large part for their eight ties.

Patrick Vieira has undoubtedly changed the philosophy around Selhurst Park, but defensive stability remains a solid foundation for the Frenchman, perhaps unsurprisingly so. 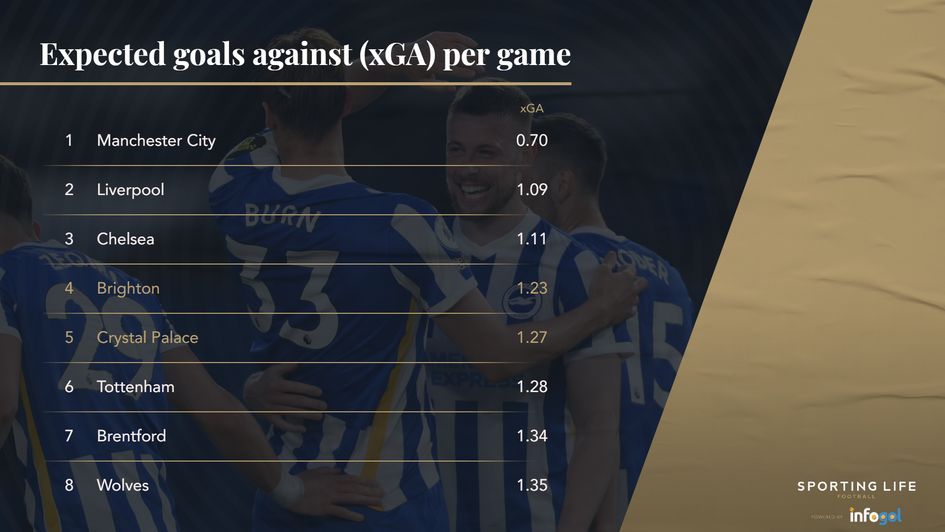 Whilst the 30 goals they have conceded puts them in the bottom half of the table on that particular metric, based on the quality of chances they have allowed, they rank as the fifth best defensive team in the division – one place behind their opponents.

Given that both these sides’ strengths lie in their ability to limit the opportunities of their opponents, it is more than reasonable to assume that this contest will be relatively low on goal-mouth action, and is therefore more likely to end in a DRAW.