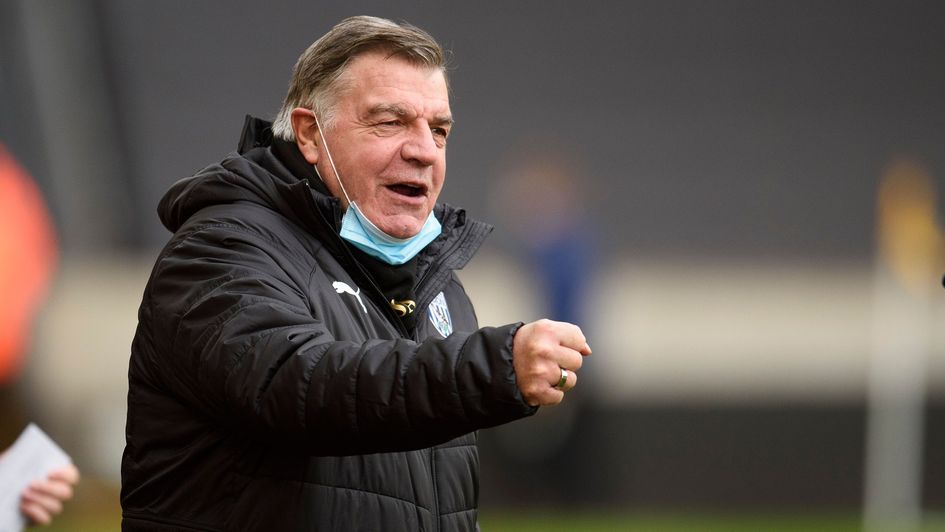 West Brom boss Sam Allardyce called on his players to build on their dramatic derby win at Wolves and spark fear in their relegation rivals.

Matheus Pereira’s penalty double, either side of Semi Ajayi’s header, earned a 3-2 triumph at Molineux as Allardyce claimed his first victory in charge of the Baggies.

Fabio Silva and Willy Boly had given Wolves a half-time lead but they slipped to their sixth defeat in nine games.

It was just a second victory of the Premier League season for Albion, and while they remain second bottom they were temporarily just three points from safety until Brighton's win at Leeds widened the gap to five points.

“You have seen what a point here and there has done for Brighton and Fulham. If you win two on the trot at this time of year it’s massive because it puts the fear of God up the teams above us," said Allardyce.

🤯 What a game this has turned out to be. Big Sam's half-time team talk worked a charm!

“Three points gets us to 11 points so if the lads wake up in the morning and want to look at the table they can see we have double figures for the first time, at long last.

“Game-by-game means we have to pick up points in every game. We have given ourselves a three-point platform.

“Certainly under these circumstances, the disappointing start to the season and me wanting to try to turn things around has given us a big boost internally. The fans can hopefully have a good weekend and we’ve given them something to cheer.”

Pereira opened the scoring from the spot after eight minutes when Boly felled Callum Robinson.

🥵 What an eventful half for Willy Boly! #WWFC #WolWBA pic.twitter.com/oROTv5I3el

Rui Patricio stopped Robinson making it 2-0 from close range before Silva scored his first goal at Molineux since his £35million summer move from Porto, netting from close range after Boly’s flick.

Boly then gave Wolves the advantage two minutes before the break when he swept in after Albion failed to clear Joao Moutinho’s corner.

But the Baggies’ second-half comeback stunned Wolves and they were ahead again nine minutes after the break.

First, Ajayi’s looping header levelled and then Pereira grabbed his second penalty after 56 minutes when Conor Coady fouled Robinson in the box.

Patrick Cutrone had a chance to grab a late point but his volley bounced over to leave Wolves 14th, 10 points above the bottom three.

🙌 Fabio Silva shows good strength and composure to get his first goal for Wolves!

👀 And Willy Boly turning into Prime Zidane with the assist...