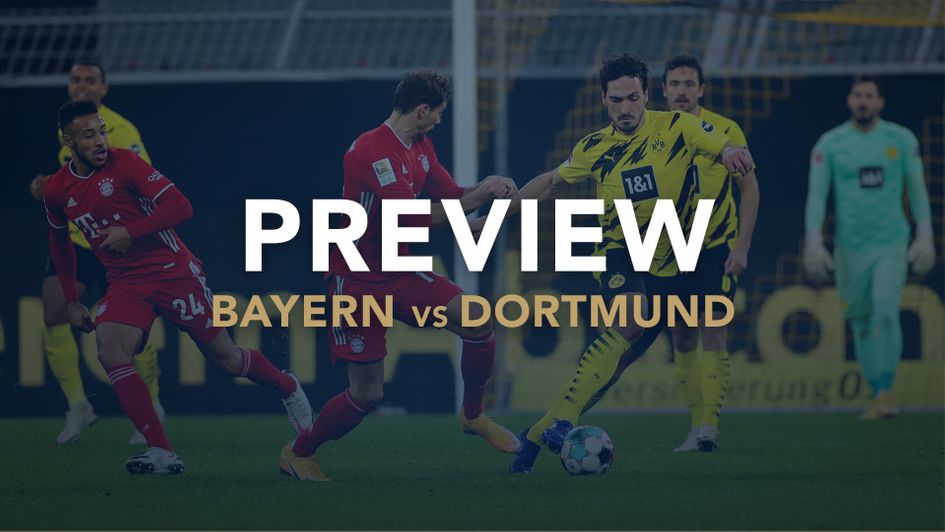 Saturday evening brings Der Klassiker, as Bayern Munich take on Borussia Dortmund. Tom Carnduff has two best bets, including one at a huge 100/1!

While Der Klassiker doesn't carry the same weight as Europe's other top footballing battles, despite the best efforts of the Bundesliga's marketing team, it deserves its place at the head of the list. Bayern Munich and Borussia Dortmund have been the two stand-out sides in German's top-flight in recent history - although the Bavarian side are the current dominant force.

However, this season, Dortmund's title threat has been almost non-existent. They are 13 points adrift of top spot and they have lost the challenger spot to RB Leipzig. While a Leipzig/Bayern title battle may feel like 'a rock and a hard place' for many, it can only be a positive if someone does come along and finally stops Bayern from winning the crown once again.

While Dortmund's form has picked up in recent weeks, they have been facing teams they are expected to beat while Bayern have largely seen a constant stream of points on their tally. The hosts are odds-on, and it's difficult to argue against their price but it could well be a game with goals as has been the case in so many of their previous meetings.

Bayern don't lose to Dortmund at the Allianz Arena. They have won their last three meetings by scorelines of 4-0, 5-0 and 6-0 and have also won the last four contests between the two. Dortmund's DFB Pokal win in 2017 remains their only successful visit in the last seven trips south.

April 2014 was the last time there was a Bundesliga win for Dortmund in an away game against Bayern. Since then, the Bavarians have won all six meetings and it seems to now be a fairly comfortable fixture for them. With short odds in the outright market, it's worth noting that 11 of the last 13 games between these two have seen over 2.5 goals, ten of those have been over 3.5 with seven seeing five or more goals in 90 minutes. 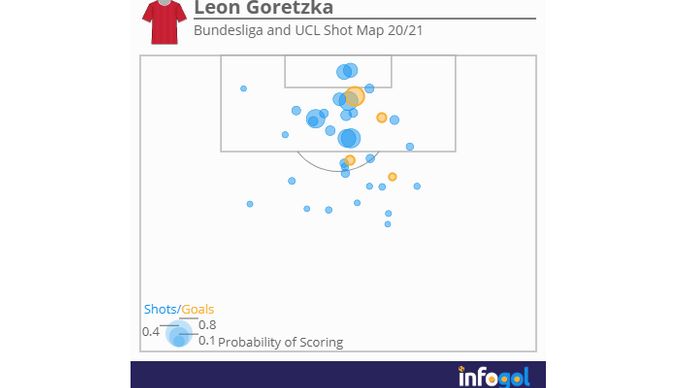 A player flagged up in previous previews featuring Bayern is LEON GORETZKA. He is someone who is seemingly noticed for brawn due to his post-lockdown muscles, but his intelligence on the pitch is at a level with those at the very top of the game. He is creative and an attacking threat - three assists against Koln in their last outing perfectly demonstrates that.

The midfielder has six goals to his name across all competitions this season but it's surprising to see that figure isn't higher given his shots output. Goretzka's last five Bundesliga appearances have all seen at least two shots, with three having four or more. Sky Bet and BetVictor's 18/1 on the Bayern man getting the first goal is a real value play.

It's also a great price for the each-way value that comes with it as well. If he gets a goal anytime it pays out at 6/1, odds that are too generous based on recent showings. Remarkably, of his five goals for club this season, four have been the second goal of the game, with his strike against Lokomotiv Moscow being the first.

Goretzka's goal against Ukraine for Germany was also the second of the game. While the majority of his goals would have landed the each-way places, it does show that when he scores it is early into the game and it's still worth taking the first goalscorer odds on offer. It's a significantly more appealing path than the 2/5 across the board on Robert Lewandowski scoring anytime.

This Bayern Munich side just make it look so easy! 💫

Beautiful from Leon Goretzka and Robert Lewandowski adds the finish.

While we're backing him to score in this contest, the odds being so big means I'm also willing to have a small stakes play on GORETZKA SCORING A BRACE with Sky Bet and BetVictor going a huge 100/1 on the midfielder netting two or more.

He has done this in the past and it's a bet worth backing on the basis of it becoming a high-scoring game. We know that this is typically a high-scoring fixture with the majority going in Bayern's favour. Only Lewandowski (0.41 xG) had a better chance for Bayern than Goretzka (0.38) in the last meeting between the two teams, which finished 3-2 to the champions.

Only four of Goretzka's 17 Bundesliga appearances this season have failed to bring a shot while eight have seen two or more - including that victory over Dortmund. The prices on offer have greatly underestimated the attacking threat that he possesses.

If, for whatever reason, Goretzka isn't involved, then it's better to back goals in the contest rather than Bayern's outright price. 15/8 is available on over 4.5 goals, and while that is a very high line by usual standards, this fixture rarely disappoints.