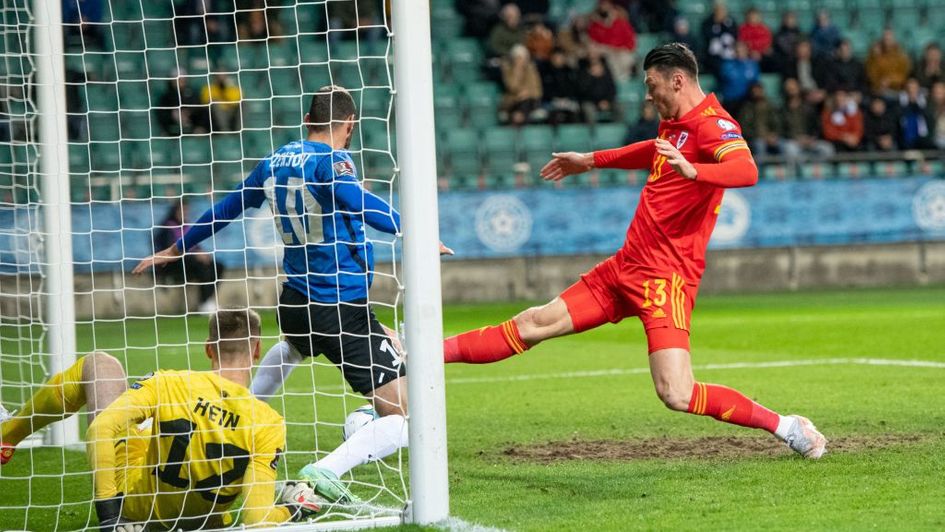 Wales secured a precious World Cup qualifying victory over Estonia as Kieffer Moore gave them a 1-0 win in Tallinn.

Cardiff striker Moore – who was later booked and will be suspended for next month’s home game against Belarus – prodded home from close range after 12 minutes.

In the race for a runners-up spot behind Belgium, and the March play-off places that comes with it, Wales stay third in Group E behind the Czech Republic.

The Czechs were 2-0 winners over Belarus to extend their superior goal difference and Wales may still have to rely on their Nations League success to confirm their play-off participation.

🗣 "The celebrations are cranked up for Wales!"

Wales skipper Aaron Ramsey told Sky Sports: “The first 30 minutes we did pretty well and got into some dangerous areas. The second half wasn’t good enough but it showed the resilience of this team again and we came away with the three points.

“It’s not always easy coming away with a second game in quick succession, but it shows the team we’ve got to get the win.

“It was one of those performances we needed to dig in and grind out a result.

“It was just important to come here and get the three points. We’ve managed to do that and now we can prepare for the games in November.

“It’s all in our hands. We’ll be back at home in front of our home support and hopefully put in two great performances.”

After a weekend which saw the Sporting Life Accumulator land at 8/1, Jake Pearson selected four winners from as many selections on Monday night.

Our man, whose column Beat the Market is out now ahead of the return of domestic football this weekend, tipped Wales to win and under 3.5 goals, and Estonia not to score.

Away from the Wales game he put up over 2.5 goals in Croatia v Slovakia, a bet which copped before half-time, along with selecting 'no' in the both teams to score market for North Macedonia v Germany.

Click here for Tuesday's tips and here for Beat the Market.