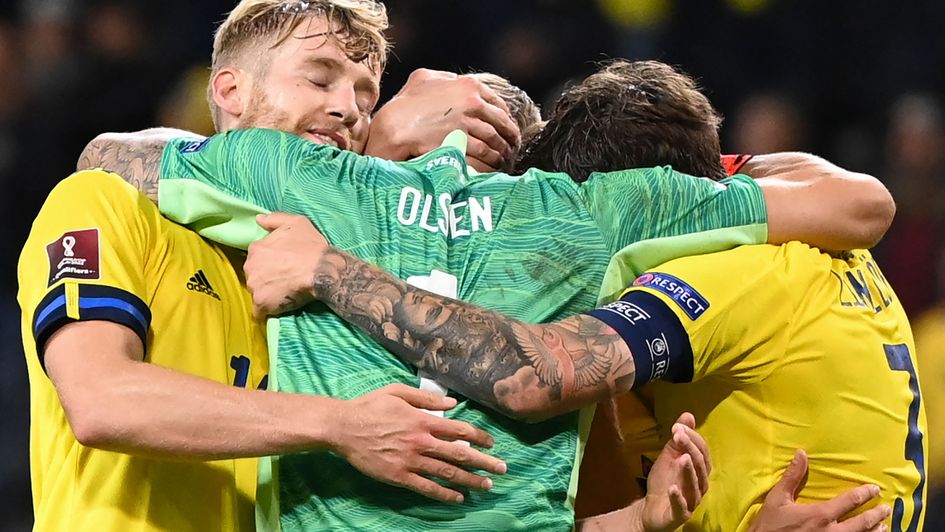 World Cup qualifiers: Spain lose to Sweden while Italy are held by Bulgaria

Spain's defeat in Solna was their first World Cup qualifying loss since 1993 and leaves them second in Group B behind the Swedes, who have played a game fewer but won all three of their matches thus far.

Italy, meanwhile, extended their undefeated sequence to 35 games but had to settle for a point in Florence as Stanas Iliev's equaliser for Bulgaria cancelled out Federico Chiesa's opener for Roberto Mancini's side.

The Azzurri remain top of Group C with 10 points from four games, while Northern Ireland got off the mark in the same group with a 4-1 win in Lithuania.

Lavery finally has his goal on his first Northern Ireland start! 🎯 pic.twitter.com/nqNOzUAqi1

Shayne Lavery and Daniel Ballard scored their first international goals while Conor Washington and Paddy McNair both netted from the spot - although the visitors were grateful for a Bailey Peacock-Farrell penalty save with the score at 2-1.

It gave Ian Baraclough a first competitive win inside 90 minutes a year after his first game in charge and – given it was achieved without the likes of Jonny Evans, Stuart Dallas and Josh Magennis – offers a big confidence boost ahead of Wednesday’s qualifier against Switzerland at Windsor Park.

Elsewhere, Timo Werner and Leroy Sane scored as Germany limped to a 2-0 win in Liechtenstein, while Romelu Lukaku bagged a brace as Belgium recovered from conceding a second-minute goal to win 5-2 in Estonia.