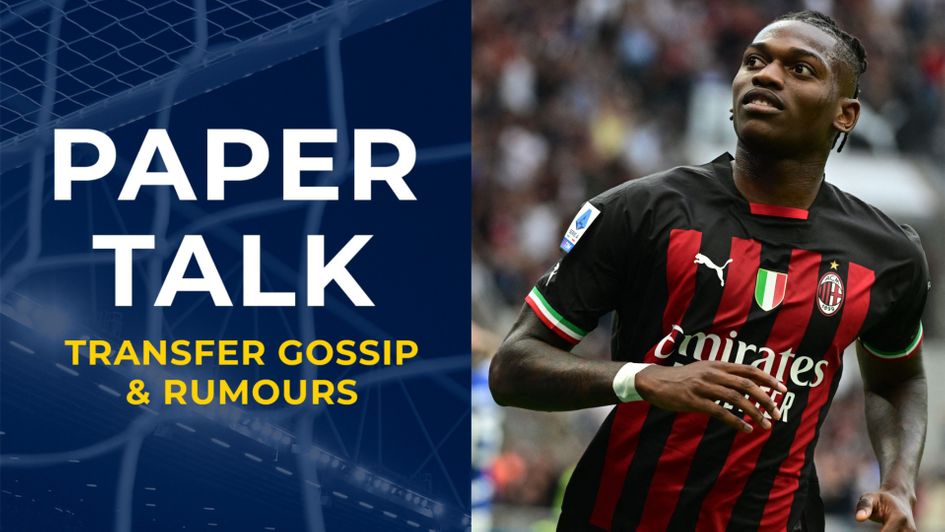 The latest rumours and gossip from Friday's back pages, including news or a new deal for a Chelsea and City target.

Rafael Leao is set to put an end to talk of a January move to Chelsea or Manchester City by signing a new long-term deal with AC Milan (Daily Express).

AC Milan are also working on striker options to go after in January with summer signing Divock Origi struggling badly since his arrival from Liverpool (The Sun).

Liverpool are open to terminating Arthur Melo's loan from Juventus in January, according to reports in Italy, but only if they can secure a long-term replacement (The Sun).

Todd Boehly has already held talks with clubs in Brazil and Portugal as he looks to begin adding clubs to Chelsea's portfolio (The Sun).

Chelsea goalkeeper Kepa Arrizabalaga has admitted he is open to hearing more about Boehly's North-South All-Star Game and backed himself to play in it should the game be given the go-ahead (Daily Mail).

Ex-Blues centre-back John Terry is set to embark on a career in football business after enrolling on a FIFA diploma course for executives which will also include Fabio Cannavaro and Philippe Senderos (Daily Mail).

Arsenal will renew their interest in Shakhtar Donetsk forward Mykhaylo Mudryk in January after being put off by their price tag over the summer (The Sun).

The Gunners reportedly wanted to sign then-Chelsea striker Tammy Abraham before his move to Roma in the summer of 2021 (The Sun).

Didier Deschamps has warned Paul Pogba he is not an automatic selection for the France squad heading to the World Cup in Qatar (Daily Mail).

Danny Rose is closing on a move to Greece, with AEK Athens set to complete a deal to bring in the former Tottenham and Watford defender on a free transfer (The Sun).

Sean Dyche has admitted Burnley were right to sack him last season and hopes to make a return to the Premier League by throwing his hat into the ring for the vacancy at Bournemouth (The Sun).

Ecuador's hopes of retaining their place at the World Cup suffered a blow after Byron Castillo failed to appear at FIFA's Appeal Commission hearing into his nationality on Thursday (Daily Mail).