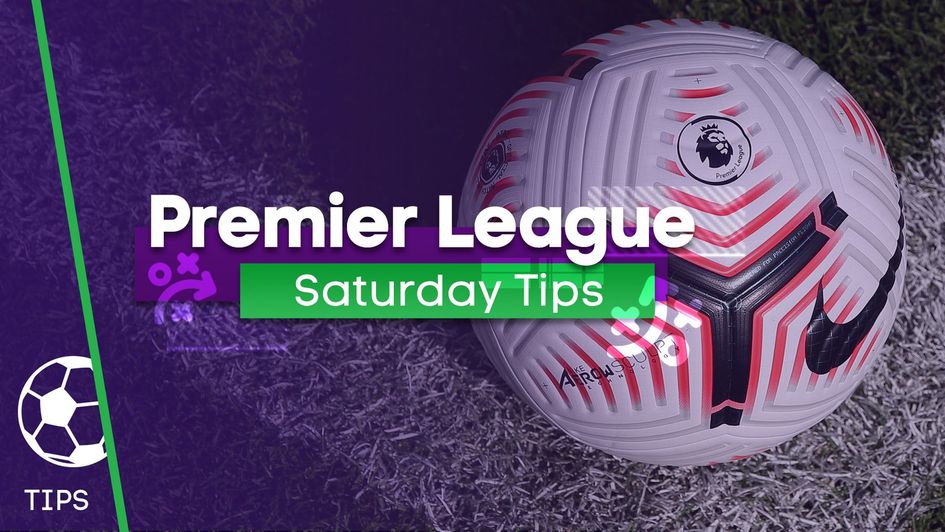 Our best bets for the latest Premier league action

Saturday brings four games in the Premier League, including the Manchester derby, and Tom Carnduff has best bets in each contest.

A good game to finish off Saturday's action and, rather interestingly, priced up exactly the same as the fixture before it. Chelsea travel to Everton as odds-on favourites and they are fancied to capitalise on the Toffees' recent poor form. Just one of their last seven has ended in victory.

Chelsea finished their Champions League campaign with a disappointing 1-1 draw against Krasnodar but they have now gone 14 games without seeing defeat, although you can stretch that to 17 games if you count the defeat on penalties to Tottenham as a draw in 90 minutes.

We have mentioned it before but Chelsea's fixtures haven't been too difficult and they have failed to beat those teams around them. That could be a problem when we talk about them as potential title contenders, but at least a game against Everton gives them a chance to continue the unbeaten run.

Goals are expected here given the attacking showings from both teams and over 2.5 goals is available at a very short 4/7. Both sit inside the top-five for xGF this season and both have already hit 20 goals after just eleven games. Everton's inability to keep clean sheets perhaps makes them more vunerable.

There's no arguing against the threat that the attacking trio of Richarlison, Dominic Calvert-Lewin and James Rodriguez bring. Rodriguez has failed to record a goal or assist across his last five games but, as Paul Macdonald explains here, that doesn't mean that his performances have dropped to an unacceptable level. 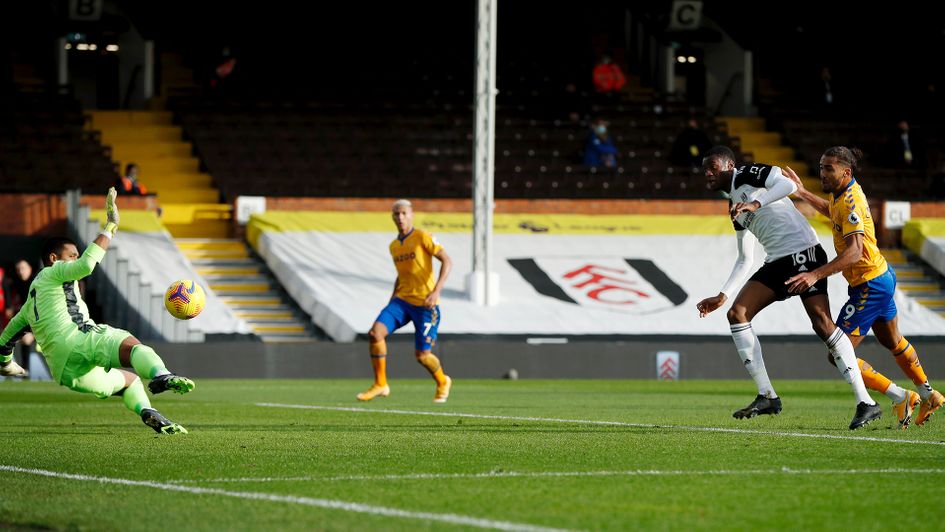 Only Leeds and Southampton have managed to keep clean sheets against Everton this season while Chelsea have scored in nine of their last ten. Goals will come, but the best value comes in taking the 6/4 available on two or more goals being scored in the first-half.

Everton have seen two or more goals scored in the first-half in six of their last eight games across all competitions. 12 of the 20 goals scored by Carlo Ancelotti's men have been before the break, and, even with Chelsea being a bit more of a second-half team, they have still scored eight in the first 45 minutes including two against Leeds last time out.

This bet relies the game not to be a dull affair, which is always a possibility in any fixture, but the performances of both teams so far suggests that there will be goals and both teams should get onto the scoresheet. With the main goals markets all playing to odds-on prices, it's worth siding with a couple of strikes coming before the half-time whistle.

The highlight of the Premier League weekend comes at Old Trafford with the Manchester derby putting United up against City after contrasting weeks so far. City progressed to the Champions League round of 16 as group winners, United will finish the season in the Europa League after finishing behind PSG and RB Leipzig - that is despite winning three of their first four games.

City are odds-on for success here but, even with their problems and inconsistency under Ole Gunnar Solskjaer, United have found ways to get the better of Pep Guardiola's men. The red side won in the last Old Trafford meeting and also won at the Etihad in the Carabao Cup around a month earlier.

That should make this an interesting battle, and as much as I don't like to buy into the 'form goes out the window in derbies' cliche, we have to acknowledge that United have done well in this fixture in recent times. Guardiola knows that, and he has acknowledged that Solskjaer can get his tactics spot on in the past. 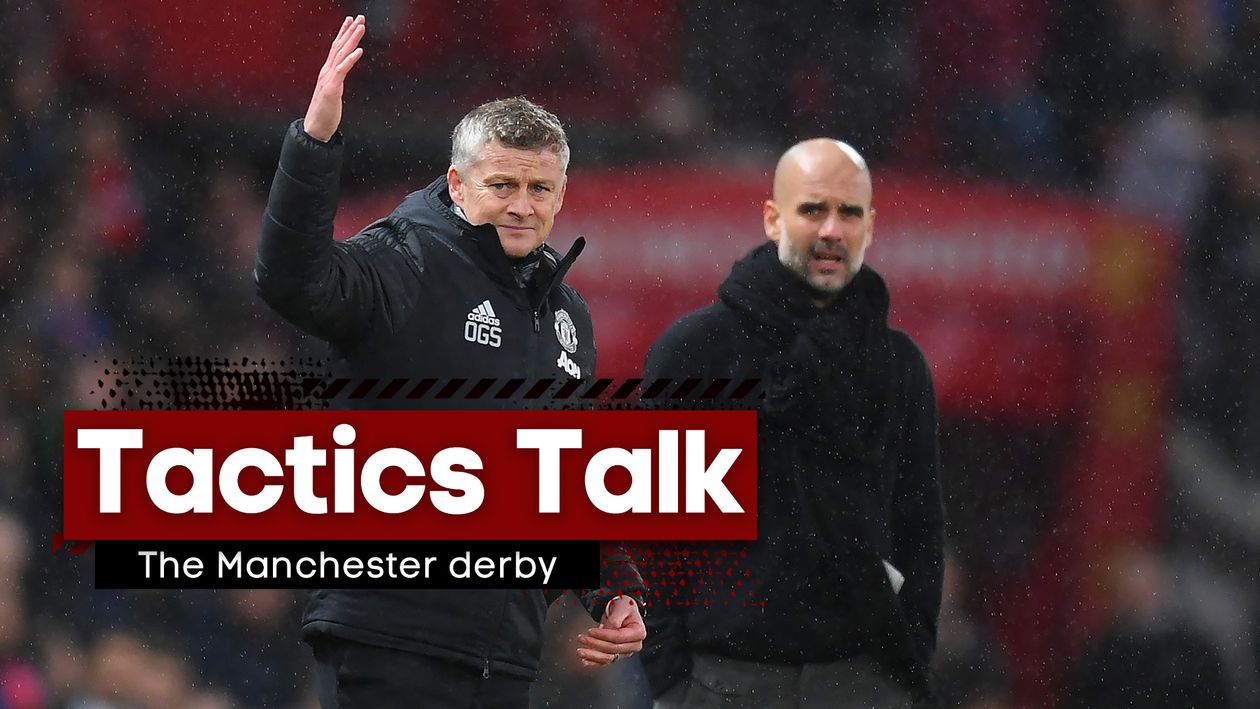 READ: Alex Keble looks at the tactics behind the Manchester derby

This goes back to the point we have made in previous previews that you can't really argue the point in backing Manchester United to win football matches, but yet, despite seemingly jumping from crisis-to-crisis, they do keep picking up points.

They are awful yet they are brilliant, often across the space of 90 minutes. It is almost like a goal or two for the opposition kicks them into gear but it's just not a sustainable approach and this is why we are here. United have good parts about them, Bruno Fernandes is exceptional, yet he could score a hat-trick and we'd still be saying "well yes but the United defending."

That is outlined in the fact that Manchester United have only been winning at half-time in one of their last six games across all competitions, that being an expected win at home to Istanbul Basaksehir. They keep making slow starts and as better teams have shown, they can punish that. 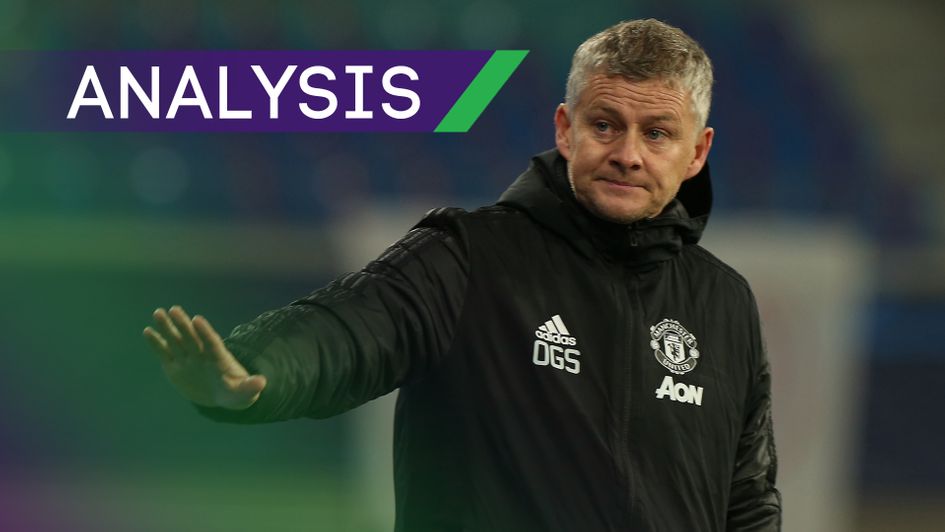 With that in mind, the 7/5 best price available on City to be winning at half-time looks really good value. United keep making poor starts and they are showing no signs of that coming to an end. It may not be a completely open and free-scoring game, but City can certainly start the better of the two sides.

Even with City winning at the break, we shouldn't be overly surprised to see if United find a way to get back into the contest and potentially win it. It totally depends on what United team turns up, it's almost a mystery at this point, but poor first-half performances remain the one rare consistency at the moment.

Best bet: Manchester City to be winning at half-time at 7/5 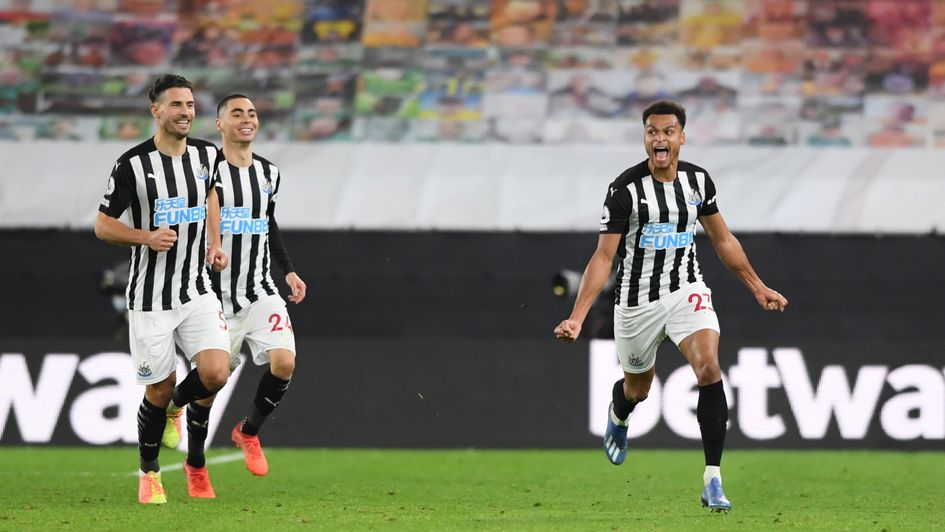 Hardly a game that makes you rush to the TV ready to watch but Newcastle take on West Brom with the visitors having the potential to move out of the relegation zone with victory here. In Newcastle, they face a side who have a comfortable 14 points on their tally after ten games.

West Brom are outsiders here but there will be questions surrounding Newcastle's match sharpness after their game against Aston Villa was postponed. They have also had to shut their training facilities due to a Covid outbreak but did return earlier this week.

The Baggies will be without Matheus Pereira here following his red card last time out and they will be determined to improve their defensive side after conceding five to Crystal Palace last time out. Slaven Bilic's men are 19th in the table, but Infogol's model based on performance has them bottom of the table.

That may make Newcastle's above even money price attractive but they sit 17th in the same chart. In all honesty there is little desire to go after the outcome here in what should be a fairly low-scoring game, these are two of the three sides at the bottom of the Premier League for xG so far.

Before that hammering by Palace, West Brom's previous fixtures had all finished 1-0 either way, which is impressive considering two of those games were against Manchester United and Tottenham. The issue here is that Tottenham had an xG of 1.94, Manchester United 2.57 and Sheffield United, who they beat 1-0, had a huge xG figure of 3.25. 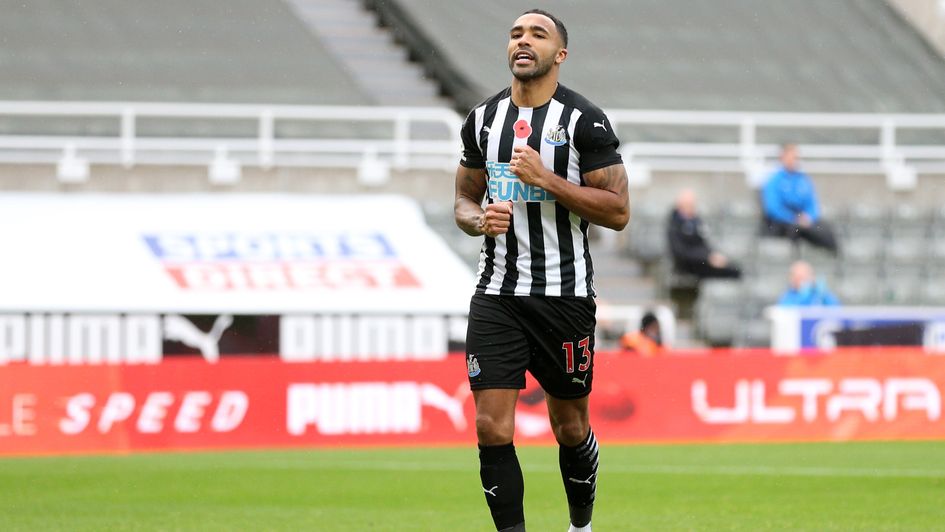 Callum Wilson after scoring a penalty for Newcastle

While Newcastle have had occasion struggles of their own when it comes to goals, they have the bonus of a proven Premier League goalscorer in Callum Wilson. He has scored seven in his first nine league games at the club. He is just one off matching last season's tally.

The 2019/20 campaign was a relatively quiet one by his standards. Wilson scored 14 in 2018/19 and he is on course to beat that in his first season at Newcastle. Seven goals from eight shots on target, and an xG average of 0.74 per match, highlights his early season threat.

In a game that provides little appeal, the 4/1 available on Wilson netting the first goal of the game looks good enough value considering his form and the opposition. As said previously though, this result is probably one to avoid given Newcastle's lack of competitive minutes over the past couple of weeks.

Wolves haven't made the storming start to the season that perhaps some expected. They sit tenth with 17 points after eleven games, just two points above Aston Villa who have played two games less.

Given Liverpool's injury problems, Wolves had a good opportunity to get something at Anfield last week but failed to put in a performance that was anywhere near their usual levels. They were hammered 4-0 by Jurgen Klopp's side, a result that could well change their approach to this game as they look to keep things tight.

Whether they go for three at the back or a back four remains to be seen but they will not be wanting to concede anywhere near as many as they did last time out. Wolves' goal difference now stands at -4, only four teams have also scored fewer goals than Nuno Espirito Santo's men. 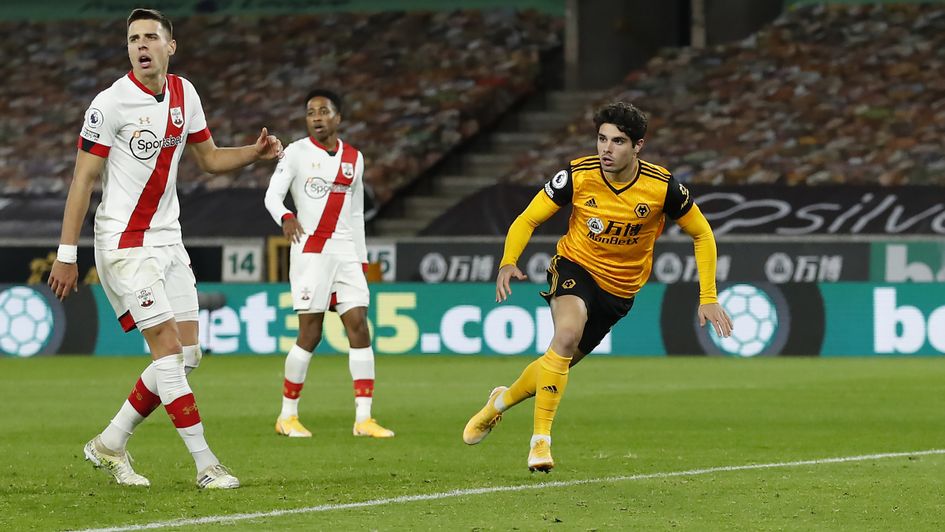 Pedro Neto checks for offside after scoring for Wolves

Prior the trip to Liverpool, they had only conceded eleven across their opening ten games and that gave them one of the best defensive records in the league. All four of their last four home games have seen under 2.5 goals with clean sheets coming in two of those contests.

So while we may well see goals in this one, we could expect them to come in the second-half. Wolves built a reputation of being a second-half team last season and we have seen three of those four games mentioned above being level at the break.

They would also score the first goal in three of those, the 1-1 draw with Southampton being the only game where the visitors struck first. That puts Wolves in a good position against a Villa side who have conceded first in four of their last five games. All four of those games ended in defeat. 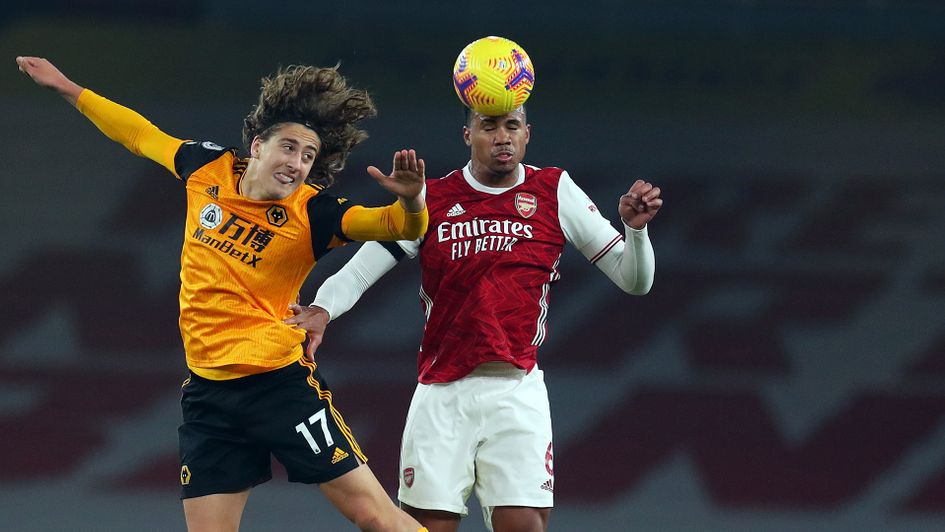 Fabio Silva in action against Arsenal

Wolves' 5/4 price for success is decent enough and could well be worth inclusion in any Saturday accumulators but the better value comes in the 23/5 available on a draw at half-time with Wolves winning the contest. Of Wolves' 51 goals scored in the Premier League during the 2019/20 season, 37 of them came in the second-half.

This is an outcome that has happened in Villa's recent defeats to West Ham and Leeds, and with a couple of players missing through injury, they could see that poor form continue at a West Midlands rival. Despite some hit-and-miss outcomes this season, Wolves can return to winning ways here.