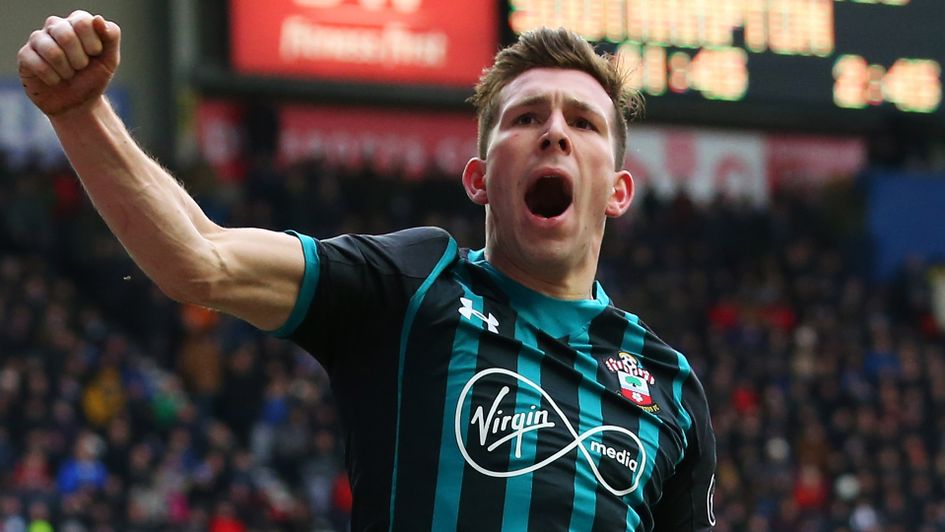 Southampton are through to the FA Cup semi-finals for the first time in 15 years thanks to a 2-0 victory over Wigan in Mark Hughes' first game in charge.

Wigan were looking to reach the last four for the third time in six seasons and the 2013 winners dominated the first half but paid for not taking their chances.

Pierre-Emile Hojbjerg hooked in a 62nd-minute corner for his first Saints goal and Manolo Gabbiadini then had a 73rd-minute penalty brilliantly saved by Christian Walton before Cedric Soares added a second in stoppage time. 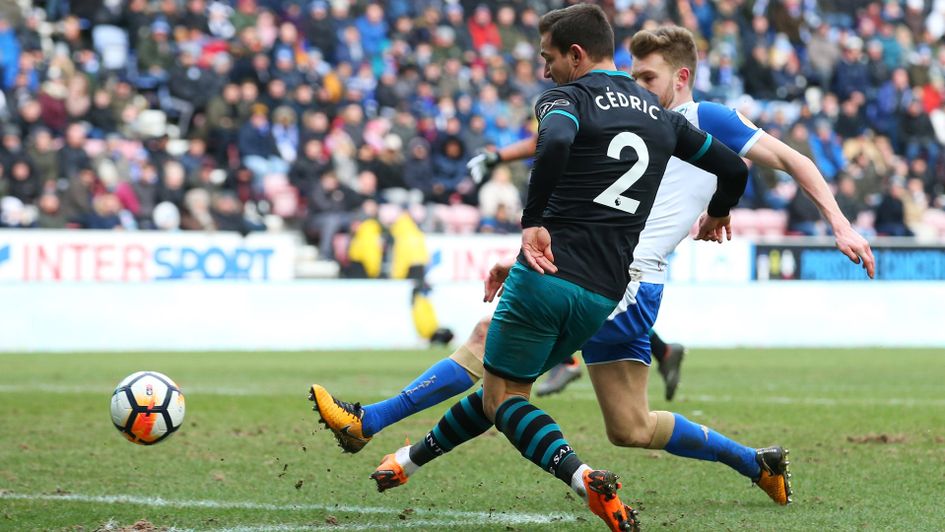 Cedric Soares makes it 2-0 for Southampton against Wigan

Paul Cook's men can now focus on their Sky Bet League One promotion push after another memorable cup run, including the scalp of Manchester City in the last round, while Hughes will hope this result can be the catalyst for a push towards Premier League safety.

Mark Hughes believes he has seen important traits in Southampton to take with them into a Premier League relegation battle.

The former Stoke boss said: "This was an important fixture. Clearly our Premier League status is a huge concern to us and we want to retain that and that is a big part of the remit I have.

"Today was a game we could take the maximum we needed in terms of positivity and we've been able to do that. We had to show a lot of the qualities and traits a good team has to show on a regular basis and maybe that hasn't been sustained prior to me coming to the club.

"In the short time I've been with them I have seen good quality, good application and a group of players who have maybe been a little bit hurt by criticism. I think today maybe you saw steps to address that criticism.

"I have the utmost respect for Paul (Cook) and his team. I thought they were excellent. We knew they would test us. I just felt we made good decisions today, certainly in the second half.

"I wanted us to be a bit more dominant and play in the opposition half. Getting in front was important for us. We could have made it more comprehensive but that would have been hard on them. We are delighted we got a positive result."

Wigan manager Paul Cook said: "It is a difficult one when the prize is so great for a club like ours. I was fearful at half-time because I felt we had played that well in the first half and hadn't got enough out of the game. You're wary of Southampton's quality, they've got some outstanding individuals.

"Second half I thought the game was quite scrappy, although Southampton certainly grew into the game. Did they deserve the victory? I think it was a little bit harsh on us but we certainly wish Southampton well in the semi-finals.

"There are those key moments you have to manage in a game and we didn't. The first goal was a massive disappointment. But I can't ask any more of the players, they've been a credit to the club. I think we've represented League One in a really good way. Now the focus is on promotion."