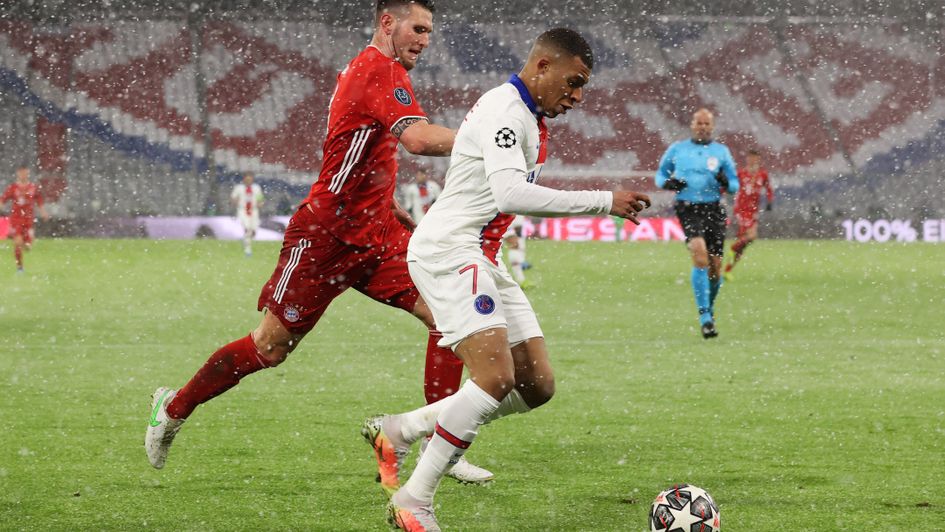 After tipping up two winners in the first leg of this tie, Jake Pearson is back to preview the second leg of PSG v Bayern Munich, and he has picked out another two best bets.

Goals, goals and more goals. It seems an obvious assumption that this game is going to see plenty of goalmouth action, and in turn, plenty of balls hitting the back of the net.

Domestically, no team in Europe’s top five major leagues have scored more goals than Bayern Munich (80) this season, while only Atalanta can match PSG’s return of 71.

On top of that, the first leg of this monumental tie did not disappoint, finishing 3-2 to PSG, a Kylian Mbappe brace helping the Parisians to victory.

In short, without thinking too hard, you would expect this game to be high scoring.

Occam’s razor suggests that of two explanation for all the facts, the simpler one is more likely to be correct, or “the simplest solution is almost always the best”, but that is not always true in sport, and certainly not in betting.

This game is of astronomical importance to PSG, for a multitude of reasons.

Firstly, it is a great opportunity for Mauricio Pochettino to do what so many PSG managers before him have failed to do, win the Champions League.

Secondly, plenty of these PSG players will be desperate to avenge their defeat in last year’s final, by any means necessary.

And finally, and most importantly, PSG already have a goal lead, and the cushion of three away goals. A one-goal victory (unless it is 4-3 or higher) will not be enough to see Bayern progress to the semi-finals, which gives PSG a bit of breathing room in terms of sitting back and defending.

And even in the first leg, PSG only had five shots, four of which were on target, an impressively clinical display from their forward players, but something incredibly difficult to repeat.

Still no Lewandowski for Bayern

On the Bayern side of the coin, they remain without their top-scorer Robert Lewandowski, with Eric Choupo-Moting (or “Chuppa Motor” as Martin Keown bizarrely kept referring to him in the first leg) again in line to start up front.

It is no slight on the former Stoke man to insist he is a downgrade on the Polish striker, particularly with the numbers backing it up – Bayern have scored two goals in their two Bundesliga matches since Lewandowski’s injury, 1 per game, as opposed to the 3 goals per game they averaged before he was sidelined.

The biggest price available on both teams not scoring in the first leg of this tie was 15/8. Obviously, both teams did score, and the fact that they did may suggest there is more chance of them both scoring again, hence the price for such an occurrence shortening for the return fixture.

However, the circumstances are completely different, PSG do not need to score. If they can prevent Bayern Munich from scoring two goals, they are through to the semi-finals of the Champions League. That surely has to be the main objective for Pochettino.

For this reason, a standout price of 5/2 about BOTH TEAMS TO SCORE ‘NO’ with BetVictor looks far too big, and is the first recommended bet in this fixture.

The first leg of this tie saw five yellow cards, something Sporting Life readers will be aware of given we correctly tipped 50+ booking points in the match, but the value in this match looks to be going the other way, in the unders side of the market.

There is of course the timewasting aspect to be factored in from a PSG point of view, but if the first leg is anything to go by, there will hardly be a plethora of meaty challenges in this game.

Sky Bet have priced up UNDER 50 BOOKING POINTS at 13/8, and with a few other firms not quite agreeing, that looks another selection worth siding with in this fixture.