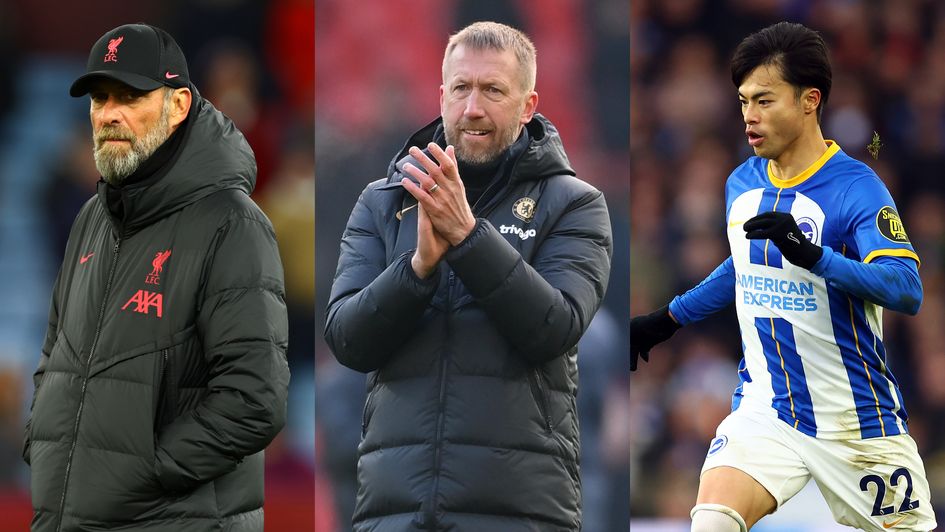 Enough games have been played since the end of the winter World Cup to get a grasp on what changes, or lack thereof, have occurred at Premier League clubs.

In an aim to find betting value on long-term trends and/or small takeaways from the fixtures after Christmas, here's some punting pointers for the near future.

The curtain-raiser for the most recent weekend's action is a good place to start — Liverpool's goalless draw with Chelsea.

Liverpool's camp are well within their rights to take encouragement from successive clean sheets, but I just don't see much change in performance level to think that anything is fixed from a defensive perspective.

Jürgen Klopp's side conceded solid scoring opportunities when finally put under some pressure by Wolves in their FA Cup third-round replay, while Chelsea created a host of chances at Anfield, some that didn't even end with a shot on goal (xG: LIV 1.08 - 1.69 CHE).

Still, the Reds have allowed a total of 17 shots that have been classified as 'big chances' in the five Premier League games since the pause in play for the World Cup. 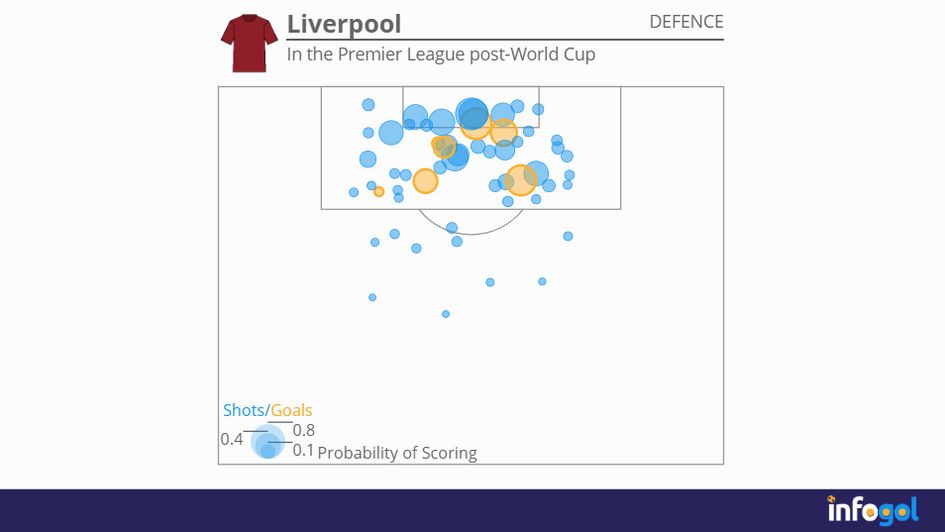 That's a similar rate to their dire defensive displays before the break, conceding 51 'big chances' across the first 14 league fixtures.

Don't be fooled by the recent clean sheets, this team is still very vulnerable in defence with an important stretch of fixtures coming up.

Chelsea to close in

As for Liverpool's most recent opponents, I can't be the only one that has noticed extremely positive signs at Chelsea in recent matches.

The Blues were by far the better team in a 2-1 defeat at Fulham (xG: FUL 0.65 - 2.74 CHE) — which featured the early dismissal of debutant João Félix — claimed victory over Crystal Palace with relative ease and should have beaten Liverpool, where Chelsea just lacked composure in front of goal.

Graham Potter is clearly starting to get his previously successful principles in place, an exciting thought considering Chelsea's swiftly improving state in the personnel department.

Chelsea's upcoming schedule can be taken advantage of, too, making the prices for a top-six finish of serious interest to me.

In their next 10 Premier League matches, six of which are at Stamford Bridge, Potter's side face a group of opponents with an average forecast finishing position of 13.1.

It's the easiest set of fixtures of any team in the league according to Infogol's numbers. 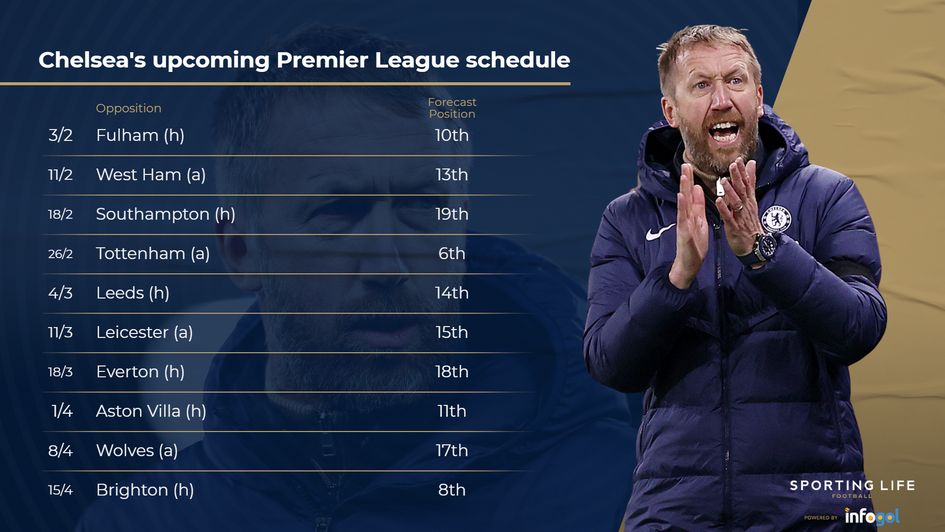 With Chelsea just two points off sixth place, it's hardly a mammoth task for a team with the requisite quality and depth, an outstanding coach and a soft schedule to move up the table.

It's not hyperbole to suggest that Brighton's Kaoru Mitoma is one of the most impactful players in the Premier League at the moment.

Mitoma has scored four goals from 2.44 expected goals (xG) and recorded one assist from 2.27 expected assists (xA) in just seven starts and a total of 829 league minutes, appearing almost unstoppable on Brighton's left side. 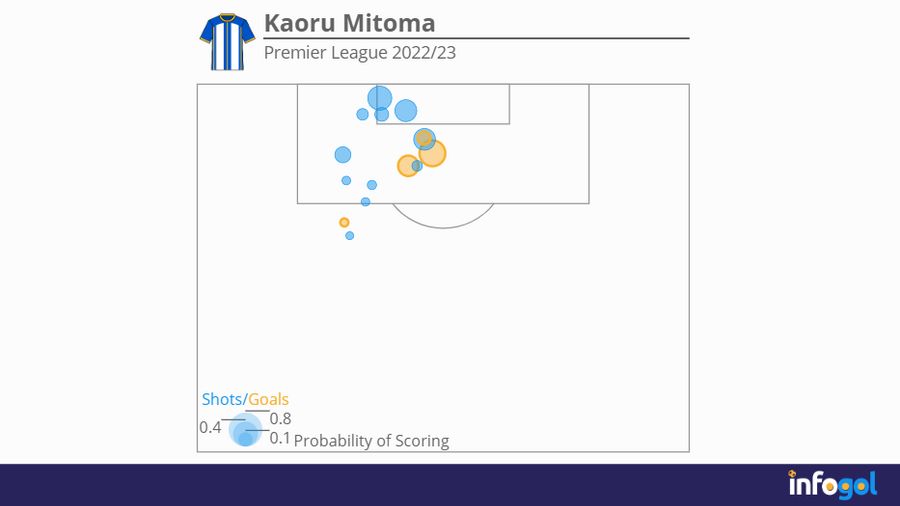 The ease in which the Japan international gets into dangerous areas is evident in his shot map, but value in backing Mitoma scoring might be a thing of the past after his stunner on Saturday.

Instead, keeping an eye on his match-up from a personnel standpoint could be the way to approach things, especially with fouls markets in addition to cards markets available.

Mitoma's well-documented dissertation in dribbling is certainly paying off. He is joint-21st in the league for successful dribbles (19) per FBRef, despite the limited minutes he's logged.

The only right-back to be booked starting against Mitoma has been Trent Alexander-Arnold, but, with the winger firmly on an opposition's radar now, right-backs and right-sided midfielders surely have to stop Mitoma early and often — by any means necessary.