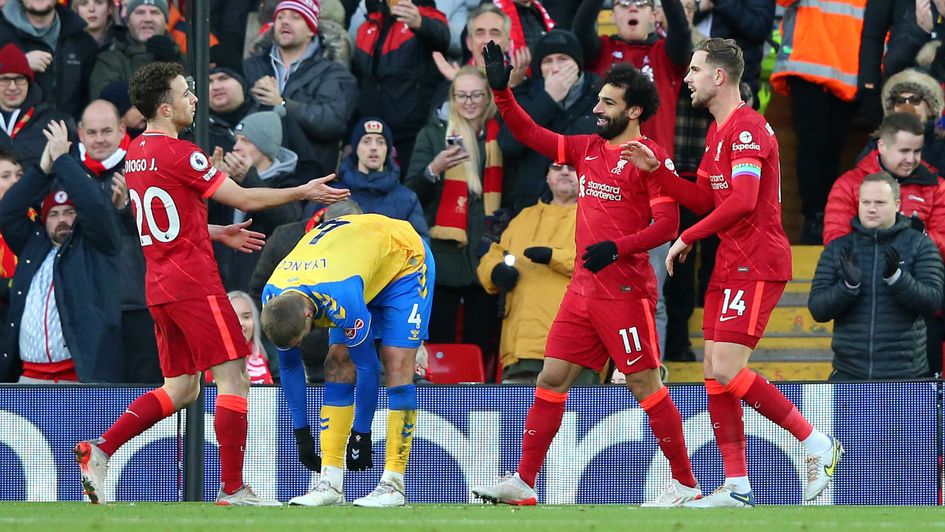 Liverpool scored another four goals in the Premier League as they thrashed Southampton at Anfield, while Aston Villa also secured a second successive win under Steven Gerrard.

Liverpool turned up the pressure on Premier League leaders Chelsea as they coasted to a second successive 4-0 victory at Anfield with Southampton the powerless victims on this occasion.

Saints were dispatched as comfortably as Arsenal were a week ago as Jurgen Klopp’s side moved within a point of the top, in the process becoming the first top-flight team to score two or more goals for 17 matches in a row since Sunderland in 1927. 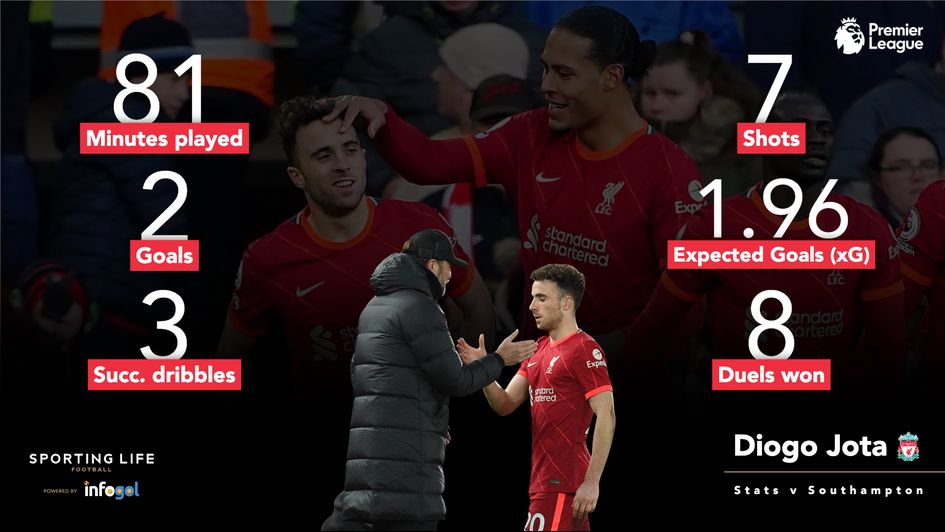 Second-placed Liverpool have now netted 39 times in 13 matches and no player has more Premier League goals individually this season than any of the starting front three of Mohamed Salah (11), Sadio Mane and Diogo Jota (both seven).

Jota added a couple to his tally from a combined distance of seven yards, midfielder Thiago Alcantara made it two in two games shortly before half-time and Virgil Van Dijk killed off any fanciful hopes of a Southampton comeback just after the break.

Steven Gerrard got the better of Patrick Vieira in the battle of the Premier League greats after goals from Matt Targett and John McGinn secured a 2-1 win for Aston Villa at Crystal Palace.

Two wins from two under Steven Gerrard - both with less than 1 Expected Goals created.#CRYAVL #AVFC pic.twitter.com/pPabIZB0NI

Two of the finest midfielders of their generation went head-to-head on the touchline for the first time in a competitive match and it was Gerrard who was able to celebrate a second consecutive victory since he left Rangers for the West Midlands club.

An early goal by Targett put Villa in the ascendency and McGinn wrapped up a deserved three points late on before Marc Guehi netted a consolation for the hosts in stoppage time.

Wolves were able to hold off a late Norwich challenge to secure a point in a goalless draw at Carrow Road.

Dean Smith’s tenure got off to a winning start with a 2-1 home victory against Southampton last weekend and it was followed up by a significant point against a top-half Wolves team.

The visitors went into the game having won five of their previous seven matches but struggled to find their rhythm.

Norwich had just one victory to their name when Smith replaced Daniel Farke just eight days after his own dismissal at Aston Villa and the Canaries have four points from his first two games as they pulled level on points with 18th-placed Burnley – although they have played a game more.