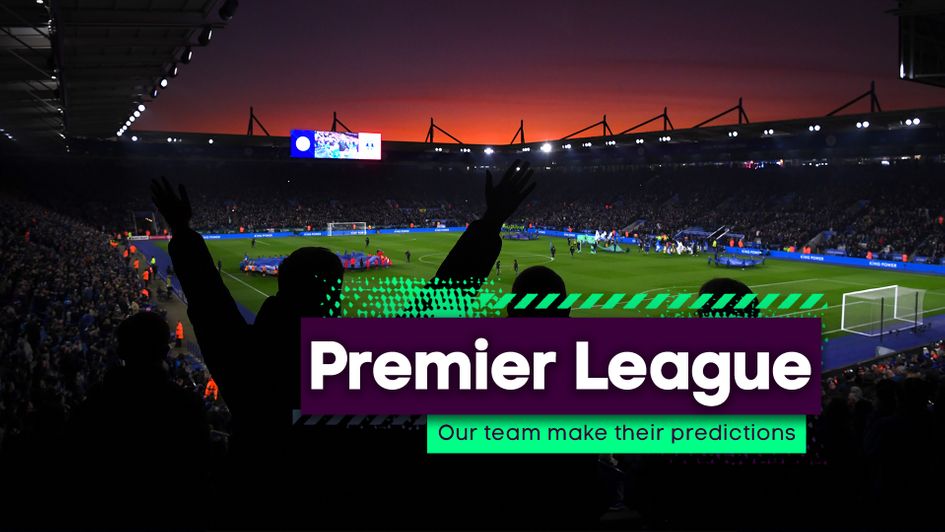 Our football team make their predictions for the 2020/21 Premier League season including picking out their best bets and value bets for the campaign. 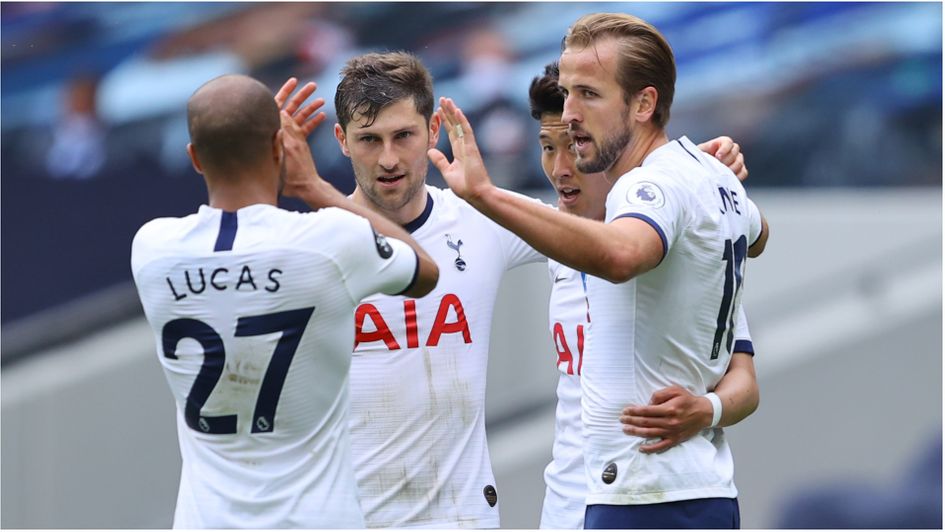 Harry Kane can win back the Golden Boot

Despite four title wins since 2012, two record-breaking campaigns under Pep Guardiola and the wide acknowledgement that the best football ever seen on these shores has been played at the Etihad in recent seasons, no Man City player has EVER won this award.

Without doubt, Kevin De Bruyne was the outstanding player in the Premier League last season, standing out for City in what was otherwise a pretty forgettable year. Jordan Henderson pretty much got the nod for his charity work off the pitch, this term De Bruyne will surely get the acknowledgement from his peers that he truly deserves.

I just don't think Fulham are quite equipped to survive in the Premier League, and the same goes for fellow newly-promoted side West Brom. Neither exactly pulled up trees in a mediocre Sky Bet Championship last season, and without some late recruitment I see them struggling - especially Albion, who have been in poor form since December.

As for Burnley, they are a ticking time bomb. Sean Dyche is unhappy at the lack of squad strengthening after performing minor miracles at the club since 2012, and he can only over-achieve for so long. It just feels like the 'plucky Burnley' story has run its course. 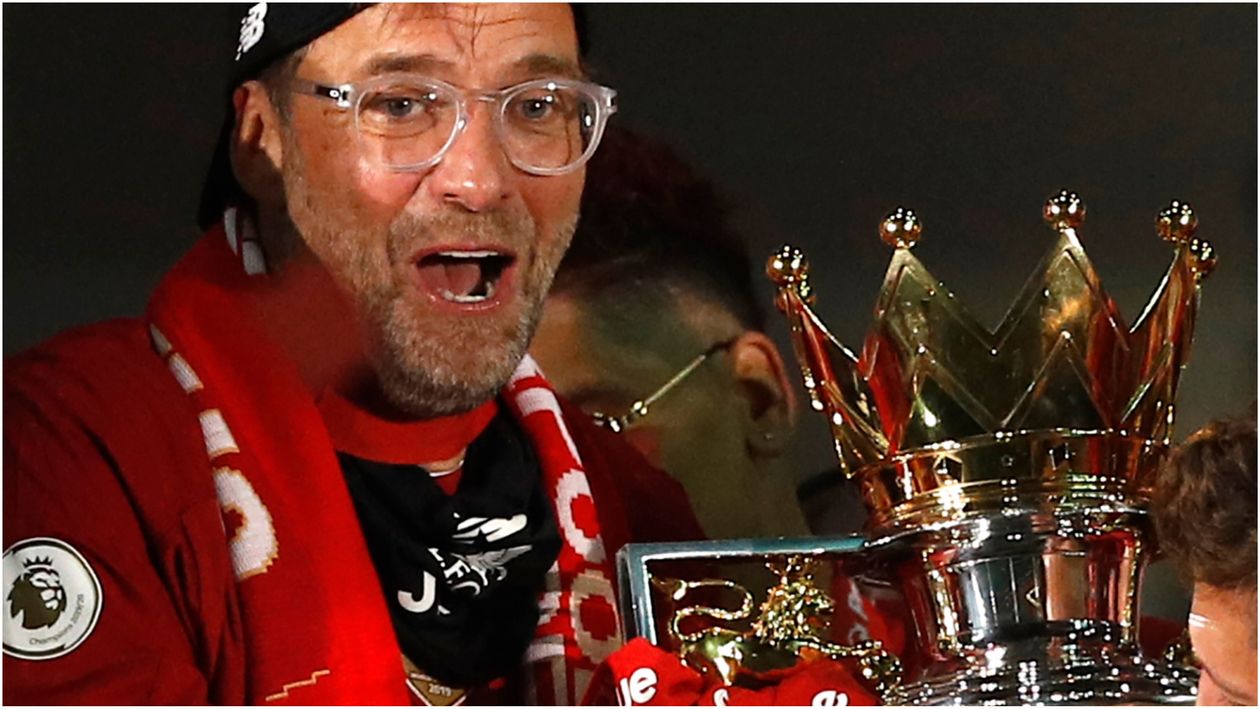 The lowest scorers bar Norwich last season, and I can't really see where more than 31 goals are coming from this season. Roy Hodgson's men were so poor after lockdown and it's a short turnaround to try and breathe life into this outfit. The 15/2 on them being lowest scorers this time around also appeals but I think they're doomed for the drop I'm afraid.

If you look at the squads being assembled then these four are head and shoulders above the rest now with Chelsea spending £200m and Man Utd adding Donny van de Beek to the Fernandes-Pogba axis, and the emergence of Mason Greenwood. The only questions is the order of the top two and the following two.

Chelsea's greater depth now gives them the edge, and in what should be a much closer title race there's no reason why Liverpool can't just edge it again - they did win it at a canter last year after all. City are rightly favourites given their squad but the two should be a bit closer in the betting if you ask me. 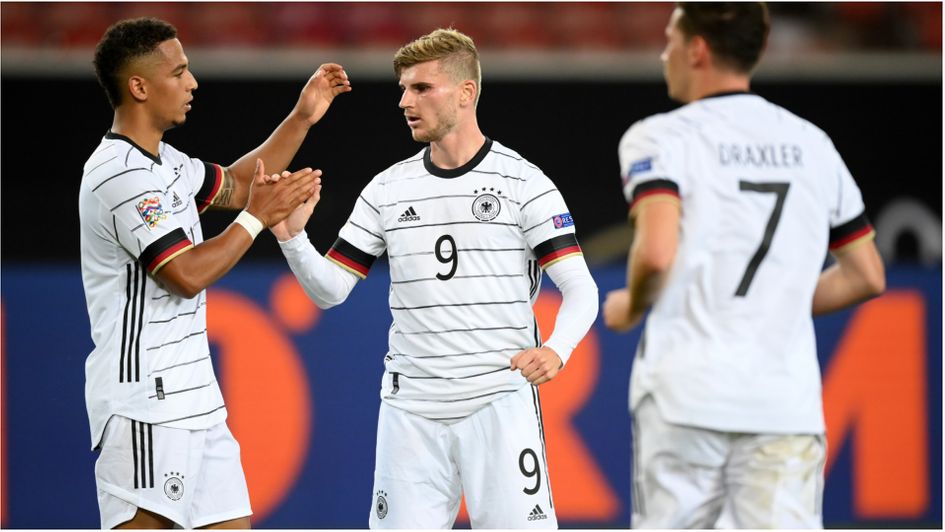 Aubameyang may have been tipped for the Golden Boot above, but he is 11/2 second favourite and the value in an each-way shout on Timo Werner is much more appealing.

We have heard a lot about the German since he was first linked with Liverpool, before sealing his switch to Chelsea. He comes with a lot of expectation, but he really does look like the goalscorer Frank Lampard’s side need.

His strike against Spain in the Nations League on Thursday shows how he can create an opportunity out of nothing and, with supply from Christian Pulisic, Hakim Ziyech and potentially Kai Havertz to name but a few, he certainly will not be short of chances.

Ralph Hasenhuttl’s side have thrived sicne that 9-0 thrashing given to them by Leicester. In the 2020 calendar year they are sixth – with only Liverpool, Man City, Man United, Arsenal and Chelsea having a better record - in addition to that, they had the third-best away record last term, collecting 31 points on the road, only Liverpool and City bettering that.

Hasenhuttl organises his side extremely well, with impressive fitness levels and high pressing, while Danny Ings will be looking to continue the trend of scoring goals ahead of next summer’s Euros. Everton could make some excellent additions while Wolves have made very few, so the Saints have a great chance to push on.

I am expecting the Premier League to be much tighter this time around, with a lower points haul sealing the title. Surely Chelsea, Arsenal, Man United and Spurs alone being improved this time around, that means the top two should drop more points here and there.

With ever-improving Southampton at a huge +39 on the handicap table, that 16/1 is pretty tempting – as is the 10/1 on them finishing as best of the rest (without the big six). 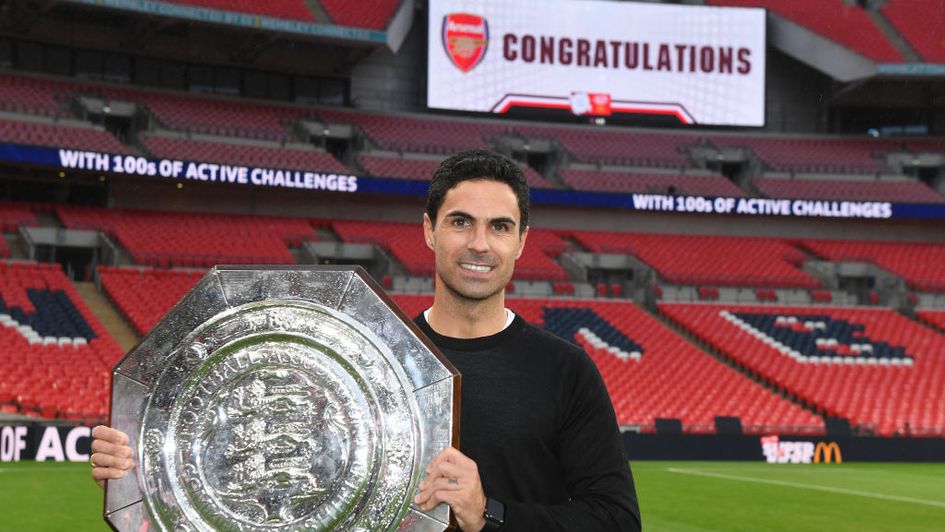 Mikel Arteta with the Community Shield

Best bet: Arsenal to finish in the top-four at 3/1

In appointing Mikel Arteta, Arsenal took a risk. He was a top player but someone who had little to no managerial experience. That said, working under the guidance of Pep Guardiola for multiple seasons will have a huge impact on anyone's career and we have already seen signs of that paying off.

An eighth-place finish can be seen as a success given that Arteta arrived midway through the season with the team sitting in 11th. It's not just the points on the board and the final position though; winning the FA Cup in his first season in charge is an achievement that can not be underestimated.

The Premier League table from Arteta's first game in charge, a 1-1 draw with Bournemouth on Boxing Day, to the end of the season would have the Gunners sitting in sixth - just one point off Chelsea in fourth. His impact was immediate.

This was an Arsenal side who had won just five of their 18 games before Arteta appeared in the dugout. They would go unbeaten from the beginning of January to the lockdown period; eight games without defeat which included contests against Manchester United and Chelsea.

Value bet: Southampton to win the Premier League (without the big-six) at 10/1

As much as Saints fans hate the 9-0 defeat to Leicester being referenced in any conversation about the club, it did prove to be a crucial turning point in their season. They were floating above the drop zone, only goal difference keeping them out of it, and their relegation odds were slashed in the immediate aftermath of the result.

Instead of accepting their fate as relegation contenders, the result provoked a reaction. They would earn 44 points across the 28 games after, a return that put them seventh in the table over this period. In fact, they would earn two more points than Leicester and bettered the tallies posted by the likes of Sheffield United and Arsenal.

Southampton finished the season in 11th, two points adrift of a top-half finish, and had it not been for such a slow start they would have easily broken into the top-ten. 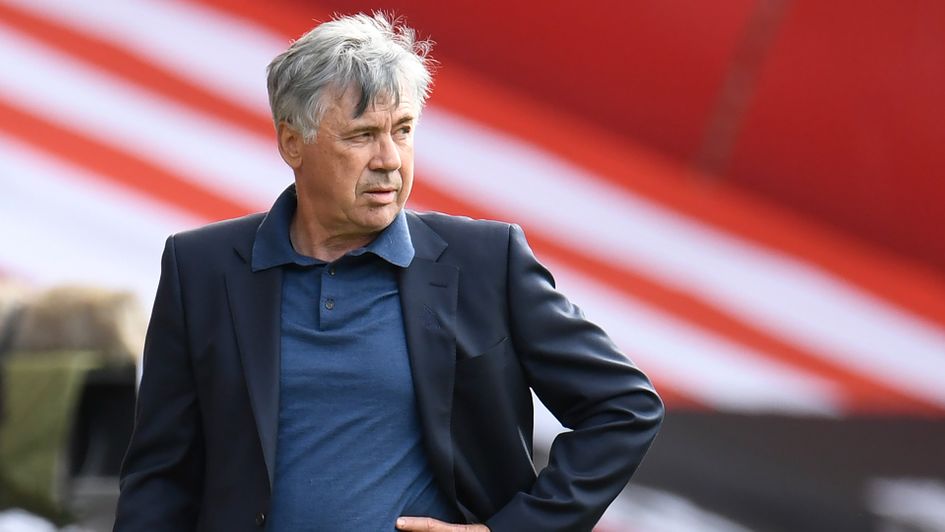 Everton head coach Carlo Ancelotti can get his side going

Best Bet: Everton to win the Premier League without the big six (5/1)

The signings are coming, and they're coming just for Carlo Ancelotti - there's already some decent players there and with a full season in charge for Ancelotti and no European complications they've got every chance.

Now, this is not by any means a nailed-on bet, and I'm not even that sure Leeds will go down, but it isn't very often that you can get 4/1 on a promoted team to go straight back down again. Even with a few signings there's always a chance Leeds could struggle. 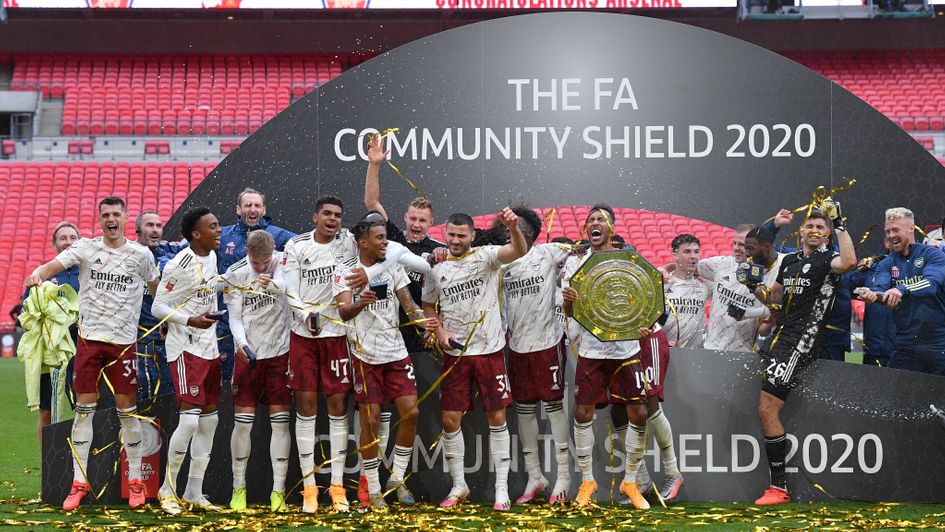 Arsenal can get into the top four

Best Bet: Arsenal Top 4 Finish - The Gunners have shown real signs of progress under Mikel Arteta and look set for their most encouraging season of the post-Arsene Wenger era.

Value Bet: Southampton Top 6 Finish - This might be a bit of a punt, but Southampton became one of the toughest sides to play against in the second half of the Premier League season. If they can avoid the poor start of last season, Saints will be in play for a top six finish, finishing just two points off the top half last season. 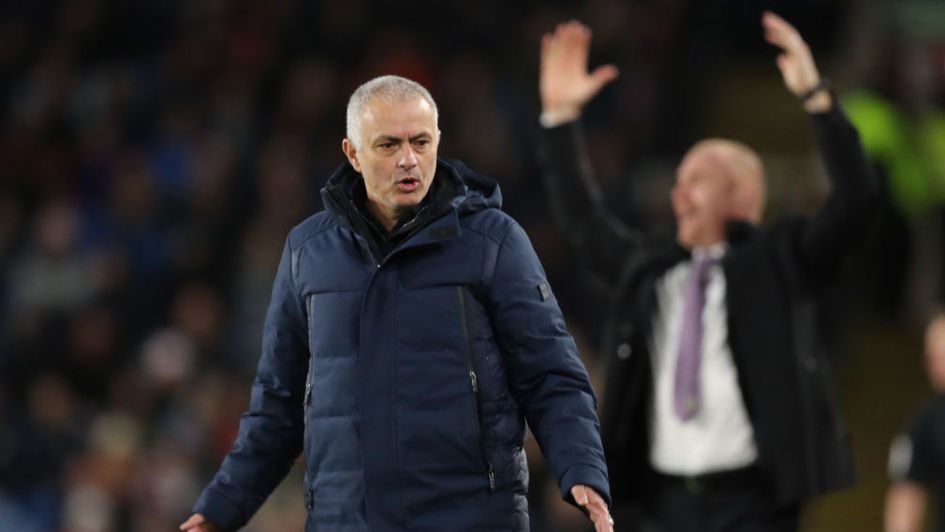 Jose Mourinho can muscle Spurs in on the top four

In classic Jose Mourinho style, Spurs are buying exactly what they need to move up a gear, plus they finished fourth in 2019/20 on games played since Mourinho's arrival.

Roy Hodgson is already hanging by a thread after failing to win any of their final eight league games - and Palace start with Saints, Man Utd, Everton, & Chelsea. He's favourite in this market but that 5/1 still offers value.