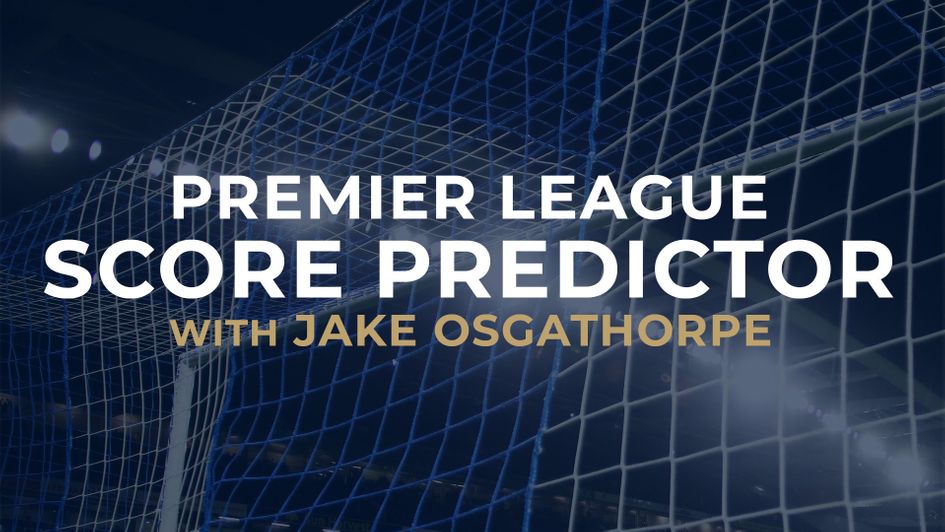 Jake Osgathorpe uses Infogol's expected goals (xG) model to help predict the Premier League correct scores for the latest round of fixtures, as well as rounding up kick-off and TV information.

There is no need to panic. On the face of it, a draw at a newly promoted team is a poor result for a title chasing team, but the performance - while underwhelming - was still good enough to warrant all three points.

Back at Anfield, we can expect a reactionary performance from Jurgen Klopp's men, with the Reds boasting the best home record in the division last season and the best underlying numbers, averaging an eye-watering 2.79 xGF and 0.73 xGA per game. 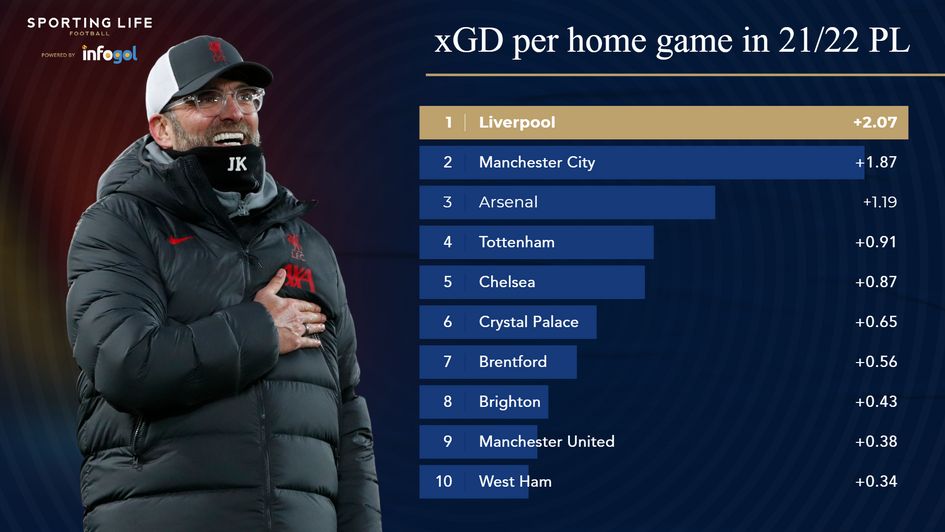 Crystal Palace were beaten by Arsenal in their opener, struggling to cope with the Gunners in the first half before turning the tide and looking threatening. No equalising goal came though, but they again played one of the league's elite very close.

They have the potential to be a difficult opponent for the better sides, as discussed in last weeks column, but they have struggled to deal with Liverpool of late.

This fixture last season ended 3-0 to the hosts, with the xG totals emphatic in the hosts favour (xG: LIV 3.30 - 0.87 CRY). Though Palace were more competitive at Selhurst in the reverse meeting, the fact that this game comes at fortress Anfield means a home win looks extremely likely.

Arsenal got off to the perfect start last Friday night, beating Crystal Palace 2-0 in a tight game which saw them resist the Eagles pressure.

That makes a nice change, with the Gunners tending to crumble under such pressure last season - particularly away from home - and now returning to the Emirates we can expect a much more convincing performance.

Last season they ranked as the third best home team in the division on all major metrics (xGF, xGA, xGD and xP), behind only Liverpool and Manchester City, so it really is a case of home comforts for Mikel Arteta's side. 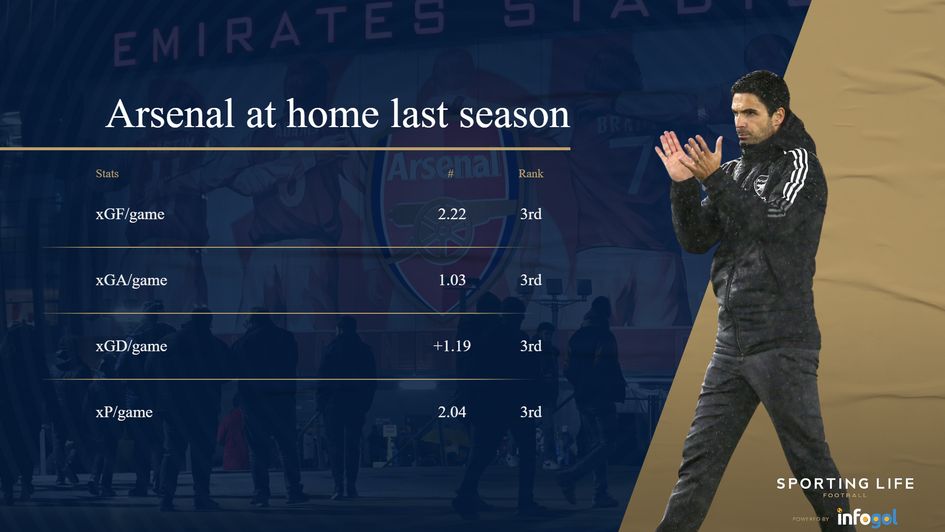 Leicester blew a 2-0 lead at home to Brentford, as their struggles continue. As mentioned before, the Foxes ranked as the third worst team last season based on xP and were fortunate to finish eighth.

Their draw with the Bees saw them lose the xG battle 0.58 - 0.97, and that means Brendan Rodgers' side have lost the xG battle in 11 of their last 15 Premier League games - that is a major concern.

Away from home last season the Foxes averaged a shocking -0.87 xGD per game, meaning they were comfortably out-created by their opponents on a regular basis, and given Arsenal's home dominance, I don't see much hope for Leicester here.

Brighton beating Manchester United shouldn't be seen as a shock. The Seagulls are streets clear of United both on and off the pitch at this current moment in time, but still, to go to Old Trafford and play the way they did was impressive.

Graham Potter's side were simply excellent in the first half when moving two goals clear, and while an onslaught was expected from their hosts, they withstood it well to earn a deserved win.

We all know by now that Brighton are brilliant on the spreadsheets, we now need to see a continued level of gaining results to match their performances, an issue they had particularly at home last season when ranking fifth worst for points collected but eighth best for xP.

Newcastle picked up where they left off last season when beating Nottingham Forest convincingly, dominating the xG battle at St. James' Park (xG: NEW 1.98 - 0.32 FOR).

The only negative really was the fact that they were limited to low-probability scoring chances, averaging 0.08 xG per shot, which gives them something to work on.

Away from home under Howe they also need some improvements, with their process last season on the road reading 1.07 xGF and 1.94 xGA per game, collecting just 1.00 xP per game in that time. A home win looks likely if both teams' levels remain the same.

Manchester City were utterly dominant at West Ham last Sunday, with their performance sending a real warning sign to the rest of the league.

Not only is Erling Haaland off the mark and looking frightening, but Pep's side picked up from where they left off defensively last season, limiting West Ham to chances equating to 0.58 xG.

Defence has been their biggest strength under Guardiola, with the Citizens ranking as the best defensive team in every league season according to xGA, and last term they allowed a measly 0.68 xGA per game at home.

A Bournemouth side who really struggled to create in their opener against Aston Villa (xG: BOU 0.57 - 0.69 AVL) will likely fail to trouble the City machine.

While the Cherries won that game, they were fortunate to do so, and although they managed to limit Villa well, they will have no such luck this weekend.

Southampton were on the wrong end of a battering last weekend, losing 4-1 to Tottenham after a defensive display that suggests they haven't rectified a weakness from last season.

In their last 18 league games of 21/22, Ralph Hasenhuttl's side allowed an average of 2.03 xGA per game. That was a concern, and while Spurs are a top side, the ease with which the Saints were breached only adds fuel to the fire. 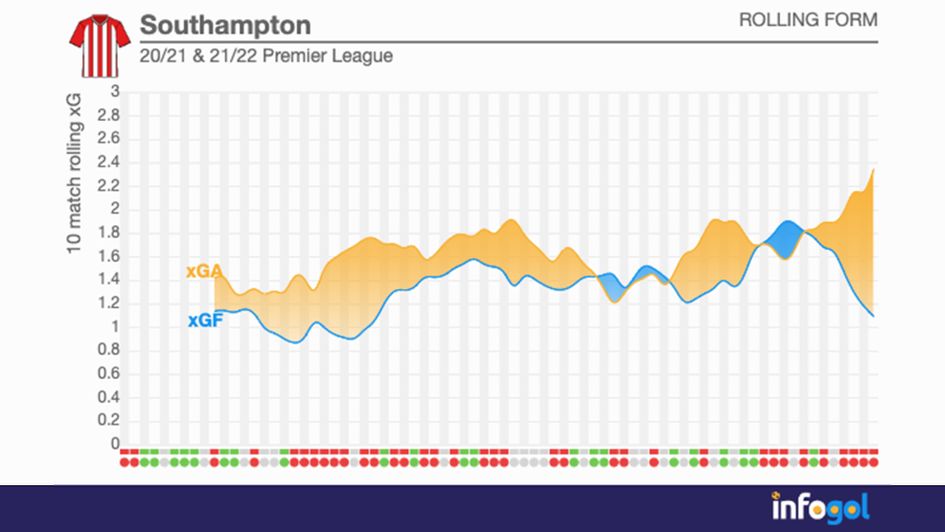 Jesse Marsch has his team playing in a smarter manner, with their underlying numbers vastly improved on those we saw under Marcelo Bielsa, and if they are sustained, the Whites will be just fine this season.

They look well placed to get a result at St. Mary's.

Wolves' campaign got off to a losing start last weekend, going down 2-1 at Leeds in a closely contested match.

Bruno Lage's side finished last season in torrid form, posting shocking underlying numbers, but there is reason to be optimistic that they can turn that around, mainly due to a formation shift.

The Old Gold deployed a 4-2-3-1 in their opener, moving away from a back five system they had occupied for five or so years, and that should make them a better watch, with more goals likely to flow in their games this season.

Fulham got the surprise result of the weekend by holding Liverpool to a 2-2 draw, though they were fortunate to do so based on chances created (xG: FUL 1.26 - 2.39 LIV).

Mitrovic’s double helps the Cottagers to a point against Jurgen Klopp’s men. The Reds created enough to deserve the win though. #FULLIV pic.twitter.com/yPgG2COvNe

They did look a threat in attack at times, with Aleksandr Mitrovic proving to be an abolute handful, but defensively they were exposed, with the Reds generating four big chances.

Marco Silva's side can be expected to adopt a front-foot attitude this season, as is the nature of the Portuguese coach, and so the Cottagers are also likely to be involved in more high scoring games than low-scoring ones.

Brentford came from behind to earn a deserved point at Leicester last weekend, a game that showcased more than enough to suggest that the Bees had been underestimated at the start of this season.

Thomas Frank's side welcome Manchester United in their opening home game of the season, and will be fancying their chances of getting another positive result.

After all, the Bees ranked as the seventh best home team in the Premier League last season based on xGD, averaging an impressive 1.64 xGF and 1.08 xGA per game.

If they hit those levels again in this game then Manchester United will really struggle to get anything, as the Red Devils haven't hit that level of process for some time.

Erik ten Hag's first game as United manager didn't go at all to plan, with his side comfortably second best against Brighton.

The size of the job he has on his hands is gargantuan, and until more new faces enter the building and confidence starts to be rebuilt, the poor results will continue - including here.

Nottingham Forest were well beaten by Newcastle on their return to the top flight, with Steve Cooper's side comfortably second best, failing to lay a glove on their opponents (xG: NEW 1.98 - 0.32 FOR).

My main concern for Forest was around the number of new signings and the potential lengthy bedding-in process. We've seen in the past that teams who come up and sign another starting XI worth of players get off to slow starts as they struggle to gel.

It could yet be another few weeks before we start to see what the real Forest look like, and West Ham will be fancying their chances of spoiling the party at the City Ground on Sunday.

The Hammers were extremely disappointing when hosting Manchester City. David Moyes side were simply blown away, struggling to get a foothold in the game at anytime.

This is much calmer waters than that opener though, and given the quality they have at their disposal, and the general consistency with which they play, I think we can expect the Hammers to bounce back here.

Last season, Moyes' team ranked as the seventh best attacking team when playing away from home, averaging 1.36 xGF per game, and hitting those levels will likely see them breach Forest at least once in a road victory.

Well this is a big and intriguing football match very early on in the season.

Chelsea got off to a steady start at Everton last weekend when winning 1-0 in deserved fashion, though they were uninspiring in attack, mustering just 1.28 non-pen xGF.

Tottenham had no such issues, racking up 2.02 non-pen xGF in their hammering over Southampton, with that being the 11th time in 15 home games under Antonio Conte that Spurs have hit the 2.0+ xG mark.

This game is a chance for one of these two to really show their credentials as title contenders, but it is fair to say that Chelsea have had Tottenham's numbers over the last few years.

In fact, Spurs haven't beaten Chelsea home or away since the EFL Cup semi-final of the 18/19 season - that's 12 head-to-heads.

However, you have to think that now is as good a time as any for Tottenham to end that barren run with the momentum and good-feeling around the club. 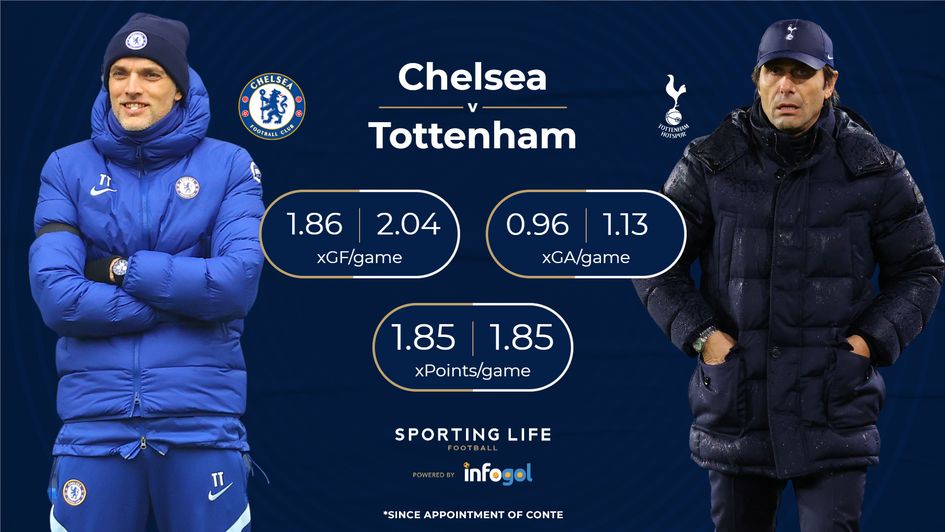 Of course, those types of things are unquantifiable. What is quantifiable though, is their xG process, which has drawn alongside the levels of Chelsea since the appointment of Conte.

Add in the summer business of both teams, and they look incredibly evenly matched. Both have world class managers in the dugout. Both have quality squads at their disposal. Both have near identical underlying metrics. DRAW.