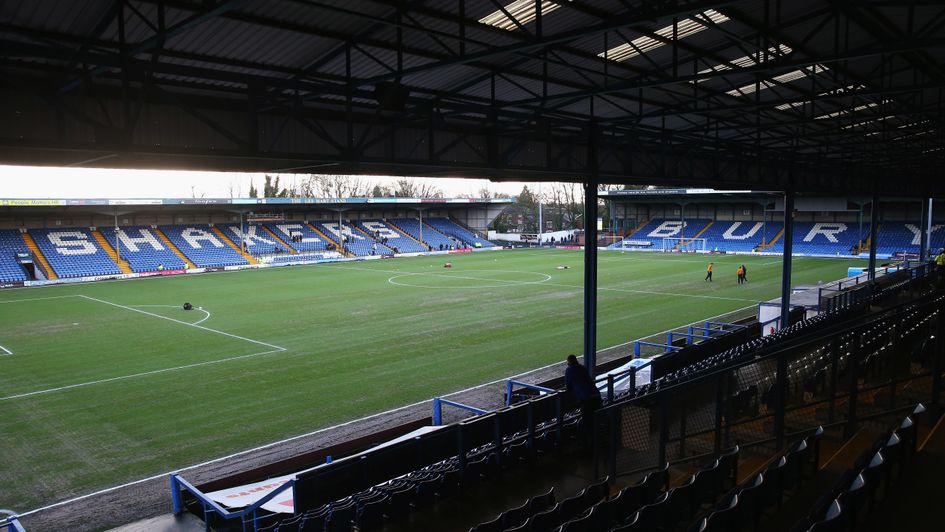 Bury owner Steve Dale has revealed he is ready to sell the financially struggling club, who continue to face an uncertain future.

The Sky Bet League One have had their opening three matches of the season postponed by the EFL, and the club have now received a bid and senior staff want Dale to sell up.

The offer comes after the EFL warned if Dale does not provide evidence the club can meet commitments to creditors by 9am on Tuesday, then Saturday's game against Gillingham will be postponed.

"Due to the agenda with the EFL, my health and recent events at the club I can confirm I am happy to pass the club on to the next custodian. For an agreed consideration and them being the right fit for Bury," Dale told BBC Radio Manchester.

The club, who have been deducted 12 points for entering into a company voluntary arrangement (CVA), had been issued with a notice of withdrawal of membership by the EFL and their first three games of the campaign have already been postponed.

A Bury statement released earlier on Monday read: "We can confirm that today we have received an offer for the sale of Bury Football Club, one that we all at the club believe is a very good offer.

"This offer has been conveyed to Steve Dale and we are still waiting to hear from him.

"This offer is the only lifeline for the future of the club and we implore Steve Dale to accept it, as it has the full backing of all of the senior staff at Bury FC."

The Shakers have until August 23 to meet all outstanding requirements of the League's insolvency policy or their membership of the EFL will be withdrawn.

EFL executive chair Debbie Jevans said: "We remain disappointed that we are still not in a position to reach a successful conclusion with Mr Dale but will continue to work diligently in an effort to receive the information we require.

"The real threat of Bury's EFL membership being withdrawn still exists, a situation nobody - including this board - wants to see, and I sincerely hope we can find a way through these challenging circumstances for the benefit of all those who have an association with the club."

Before confirming his willingness to sell, Dale told Sky Sports News: "I was contacted by lawyer Chris Farnell late this afternoon saying he had someone interested - no name, no offer and that was it.

"As I have always said, I am happy to sell to the right buyer, so imagine my surprise at a statement being put out from my club without my knowledge.

"I am happy to talk to legitimate buyers, not opportunists."