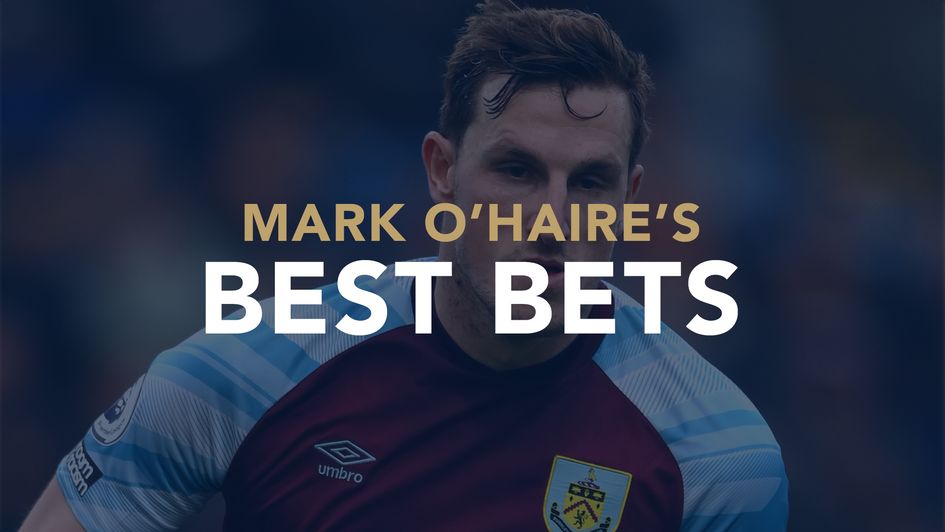 Mark O'Haire is a man on fire, with his last 21 tips returning a 19.9pt profit. This weekend he visits St. James' Park, Germany and Italy - with his Nap in the latter.

Serie A has been fantastic fun to follow this season with the division averaging an eye-catching 3.09 goals per-game - 61% of contests have produced three goals or more and 60% of match-ups have already paid-out for Both Teams To Score backers – and now two of the chief goal protagonists go head-to-head on Sunday morning.

Sassuolo’s showdown with Verona promises plenty at the Mapei Stadium and it’s difficult not to be seduced by 4/5 quotes on OVER 2.5 GOALS & BOTH TEAMS TO SCORE.

It’s a wager that’s provided profit in 13 of Sassuolo’s most recent 15 league fixtures – 14 of those encounters saw Over 2.5 Goals bank, and 14 matches also clicked in the BTTS market with Alessio Dionisi’s entertaining outfit arriving hot on the heels of a 5-1 thrashing of Empoli last weekend.

Neroverdi star Domenico Berardi is suspended but there’s enough ability elsewhere in the Sassuolo squad to ensure the hosts are capable of catching fire against a Verona side that’s toiled of late. Igor Tudor’s team have returned W2-D2-L4 in their last eight with their only triumphs in that coming against struggling Spezia and Venezia.

Hellas were also turned over at home by rock-bottom Salernitana last time out and the Gialloblu have a tendency to give away easy goals. Nevertheless, Verona have a penchant to play front-foot football and the two attack-minded sides should combine for an exciting shootout when locking horns.

Remarkably, the two sides have each collected only two clean sheets in 21 Serie A tussles this term but have both managed to get on the scoresheet in 18 of those contests.

The duo have also recorded 10/21 (48%) winners in the Over 3.5 Goals market with combined goals per-game averages coming in at 3.36 – more than enough evidence to support a solid wager on Over 2.5 Goals and Both Teams To Score.

Even so, the German giants remain six points clear at the summit and will be eager to bounce back to winning ways when they travel to Koln on Saturday.

Bayern are hoping to have the likes of Manuel Neuer, Dayo Upamecano, Omar Richards, Leroy Sane and Alphonso Davies back in the squad after the quintet returned to training this week, but it’s still unlikely Nagelsmann will be able to field anywhere close to a first-choice defence or midfield pivot. Square pegs in round holes could again be the order of the day.

However, the guests will be as strong as ever in the final-third with a potential attack featuring Robert Lewandowski, Thomas Muller, Jamal Musiala and Serge Gnabry, suggesting another high-scoring Bundesliga clash could be on the cards.

Koln have enjoyed a positive campaign under charismatic boss Steffan Baumgart. The Billy Goats are only two points shy of the top-four positions and have scored in all bar three of their league fixtures thus far.

Veteran striker Anthony Modeste has been in fabulous form and the hosts will fancy their prospects of at least getting on the scoresheet here.

Yet keeping the goals out hasn’t been one of Koln’s stronger points. Somehow Baumgart’s boys have lost just four league fixtures despite boasting a solitary shutout in the Bundesliga this term and that record is unlikely to change here considering Bayern have notched in 85 of their 86 league outings since the start of 2019/20.

So all the ingredients for another OVER 2.5 GOALS & BOTH TEAMS TO SCORE wager are there and an appetising 3/4 (1.75) available looks enticing.

The reverse encounter in Munich ended 4-2 in Bayern’s favour, the visitors have conceded in seven of eight away Bundesliga dates, and Koln have delivered BTTS in 14 of 18 overall contests.

With the battle to survive in the Premier League increasingly looking like three from four at the bottom end of the table, Saturday’s clash between basement scrappers Newcastle and Watford at St James’ Park has to be bracketed in the ‘six-pointer’ category.

It’s a critical contest considering the plight of both but I’m still anticipating goals.

The duo have collectively kept a grand tally of one Premier League clean sheet across their combined 37 outings.

Newcastle have seen Both Teams To Score cop in seven of their 10 tussles on Tyneside, whilst Watford’s matches under Claudio Ranieri have been great fun to follow with 11 league games producing 3.72 goals per-game on average.

With two dire defences, coaches with a preference for attack-minded football, plus the availability of new Toon signing Chris Wood, as well as the Hornets’ hitman Emmanuel Dennis, there’s a recipe in place for this match to go against the grain of standard six-pointers.

So, I’m willing to have a small interest in the 9/1 from SkyBet on CHRIS WOOD TO SCORE ASSISTED BY KIERAN TRIPPIER.

During Newcastle’s FA Cup defeat against Cambridge, Eddie Howe’s charges bombarded the box with crosses and balls from out wide, and a similar approach could be in the offing with Tripper’s exceptional delivery on tap.

Wood may have scored only three goals for Burnley this season but his influence in the air is undoubtable - no striker has won more aerial duels than the physical Kiwi forward this season, with the £25m man also ranking third-highest for headed shots.

With only two teams conceding more headed goals than Watford, it’s an area for Newcastle to exploit.

So, if Wood is to score a debut goal at St James’ on Saturday, it wouldn’t be a huge surprise if Trippier supplied the ammunition.