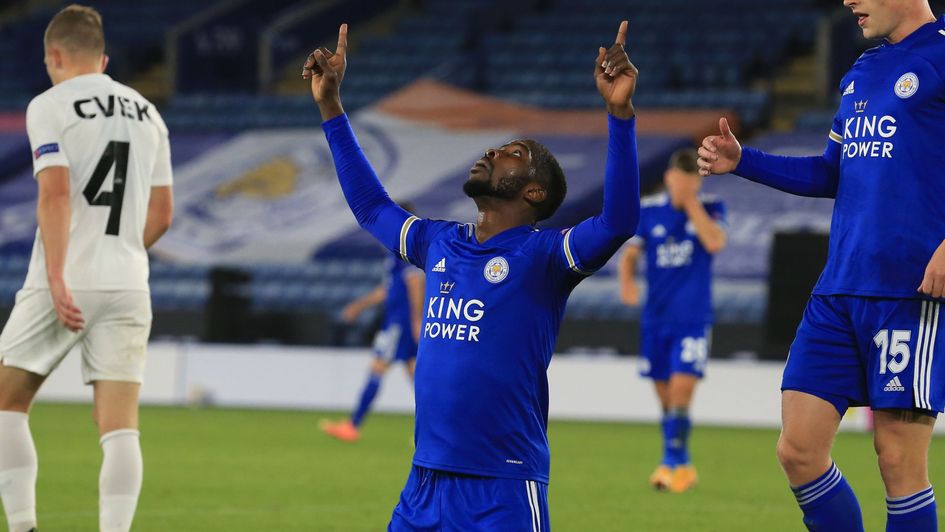 Liam Kelly previews West Brom's trip to Leicester. Can the away side continue their surge for survival?

After they booked a place in the FA Cup final at the weekend, it's back to Premier League duty for Leicester, desperately needing to recover from consecutive defeats to quell fears of another late-season collapse from the top four.

Losing to Manchester City and West Ham shouldn't elicit panic, but the bitter ending of their 2019/20 campaign looms large, making this match-up against a resurgent West Brom more difficult than first glance.

CLICK TO READ: Will Leicester make the top four or are they collapsing again?

Despite the narrow 1-0 scoreline, the Foxes looked in full control against Southampton on Sunday, undoubtedly benefitting from the return of Caglar Soyuncu and the Covid-19 protocol breaching trio.

Brendan Rodgers' side will of course play under the assumption that a place in the top four is needed to qualify for the Champions League, essentially making a breakaway Super League announcement moot for this preview.

Leicester's performances at the King Power Stadium have been anything but steady this season, winning seven, drawing one and losing seven at home.

However, the partnership of Jamie Vardy and Kelechi Iheanacho has been a reliable constant recently. Vardy has struggled to hit the back of the net, but has consistently fed his strike partner in scoring positions - a trait that bore fruit last time out.

Despite two straight wins, let's not pretend that West Brom aren't a bad defensive side. They conceded plenty of chances in the victories over ten-man Chelsea and a Southampton team focused on FA Cup glory.

Although it took some time, Sam Allardyce has improved what was an historically poor attacking unit earlier in the season, leading to positive movement in their expected goals (xG) trendlines, and with it, a glimmer of hope in the survival fight. 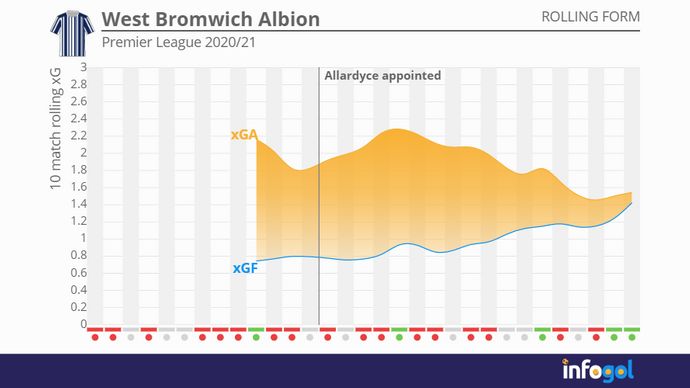 It would be too much to expect West Brom to get something from this match. I can see Allardyce's men grabbing a goal, though, making LEICESTER TO WIN AND BOTH TEAMS TO SCORE a solid bet.

The Baggies are clearly inferior to a Leicester side on a mission to right the wrongs of the 2019/20, but recent improvement must be noted.