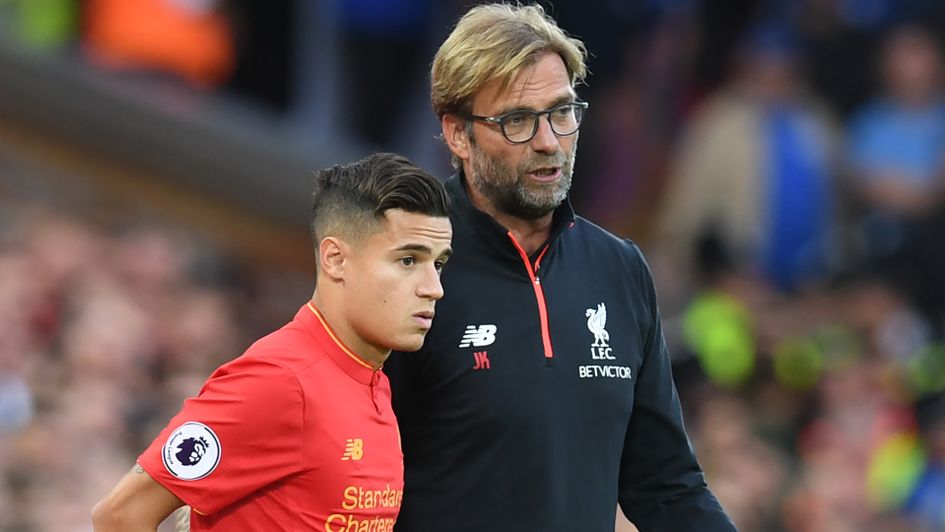 Liverpool manager Jurgen Klopp has dismissed Barcelona claims that a deal for wantaway playmaker Philippe Coutinho is close to completion.

The club have rejected two bids from Barcelona, the last 100million euros (£90.9m), and a week ago issued a defiant statement insisting no offers would be considered and the player would remain at the club beyond the summer window.

"We are discussing their deals but do not know when it will be done." Asked if he expected them to sign, he added: "Yes, we expect it."

The Coutinho saga has been ongoing throughout the summer and the Brazilian playmaker is now 1/2 at Sky Bet to join the Catalan club, while he is 6/4 to remain at Anfield

However, Klopp is adamant there have been no more developments and the two clubs are not even in discussions.

"I saw the game (Real-Barcelona) but I forgot to watch the interviews afterwards. Nothing to say from our side," said the Reds boss.

"I don't know why other people are saying what they are saying; I don't even know them – especially this guy, I've never even met him."

"No news from me because no-one told me anything different since we spoke last time about this."

There have been suggestions Coutinho could agitate for a move by effectively going on strike but while he is still injured that is impossible.

Klopp was asked about the prospect of this and the Brazil international's general attitude.

"To be honest I have nothing to say about his attitude because since he has had a back problem he has obviously not been in training," he said.

"I asked the medical department how he is doing and there are no complaints so that is how it is. There is nothing bad to say about this.

"We are all not silly. We know it is a very difficult situation but there is nothing new to say.

"It is not always easy for me to say the 100 per cent truth – even though I don't like to like – but it is exactly how I say it because that is how it is in the moment, nothing else."