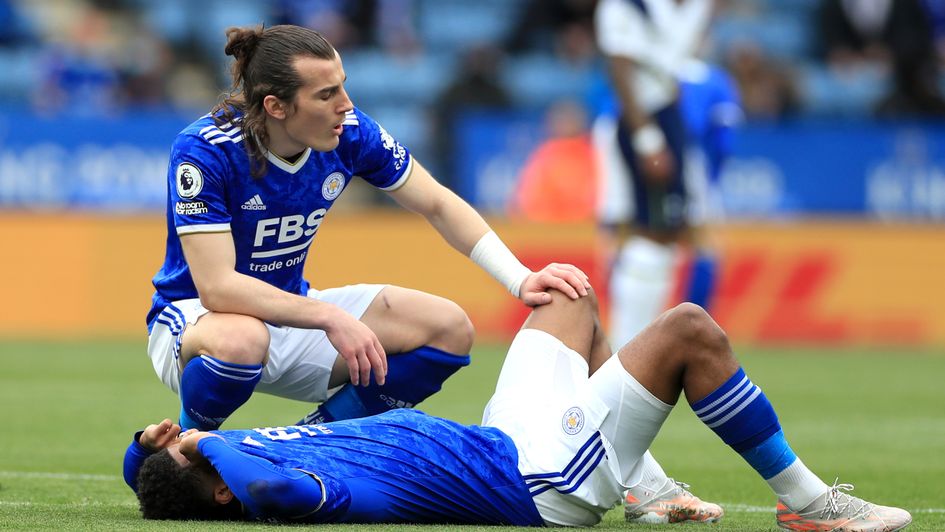 Defending set-pieces might not be seen as an art, but it's a practiced skill that has become a vital part of the modern game.

It does, however, have a self-fulfilling prophecy feel to it when put into practice in a football match.

Almost all fans will agree that when your team has a set-piece to defend, you are hit by a wave of pessimism when it comes to your team keeping out such an opportunity. The apparent impossibility, at least in my fandom, of scoring from those circumstances is equally felt.

At this point, Leicester players must feel the same about defending dead-balls.

'Leeds were REALLY bad! I can't see them getting anything' | Premier League Best Bets

Whether 'momentum' is a real thing is a source of debate in the analytics community, but the constant mistakes in that area must have a 'snowball' effect.

Essentially, a weakness is a weakness, and opposition will exploit what they can at the top level. West Ham did so on Sunday through Craig Dawson's late equaliser.

If we look at all forms of 'set-piece', Leicester's 19 goals conceded is the most in the league.

Minus the five penalties and one direct free-kick, which will be excluded here, the Foxes still hold the worst defensive record, allowing 11 goals from corners and a further two from other dead-ball situations that regularly need defending. 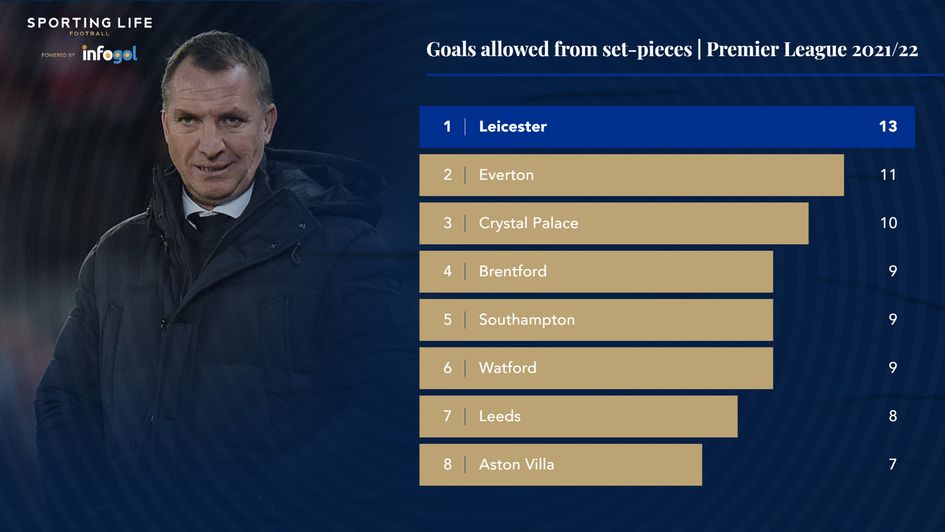 Rarely has a team looked so vulnerable from set-pieces — both visually and numerically.

In advanced data terms, Leicester have conceded the highest expected goals total of any team in the league from corners this season (7.68 xG), and allowed 2.70 xG from other forms of set-piece (again excluding penalties).

That equates to an average of 0.47 xGA per game in the 22 matches played by Rodgers' side. For context, Manchester City have shipped an average just 0.64 non-penalty xGA per game from all situations during this campaign. 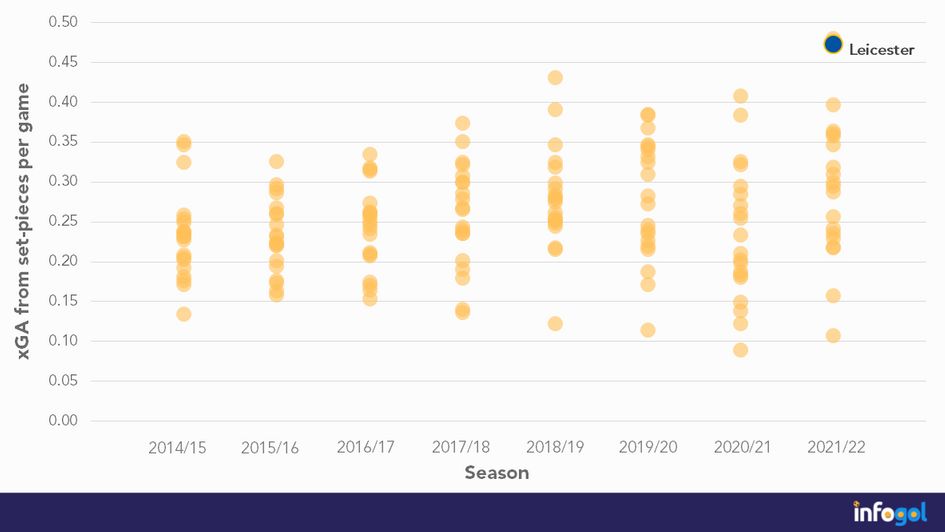 That number is far greater than any other team has recorded in the previous seven Premier League seasons, since Infogol started collecting data.

Curiously, only when digging into Leicester's defensive shortcomings at set-plays did it become clear that Everton are in fact just as bad.

Under Rafa Benitez, Duncan Ferguson and now Frank Lampard, they have allowed slightly more xGA from such situations this term, averaging 0.48 xGA per game, a glaring issue that Lampard must fix quickly. 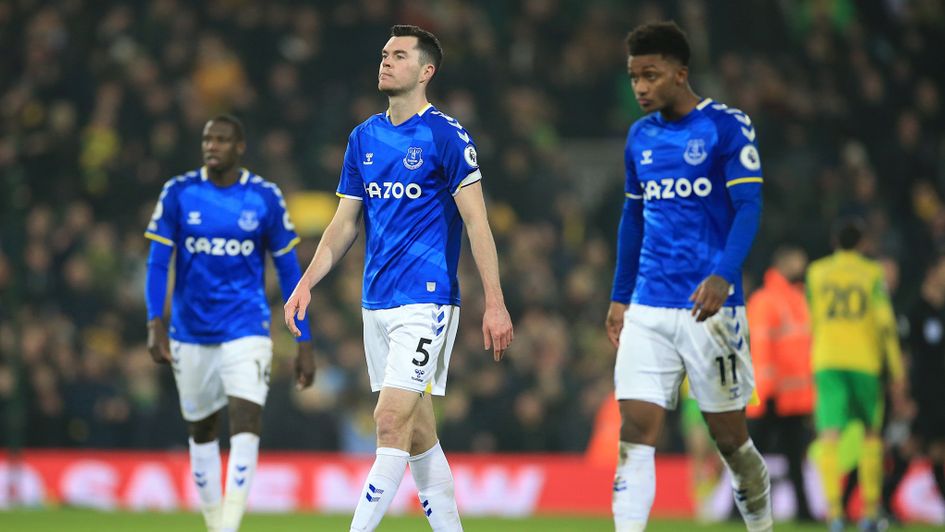 Rodgers, however, has had ample time to fix a longstanding problem.

The ever-widening discrepancy between the highest and the lowest data points in the graphic season-by-season could highlight the level of importance, at least in some cases, attributed to set-piece work by clubs in the Premier League.

After all, the appointment of set-piece coaches is becoming more accepted by the day — much to the chagrin of some pundits.

Perhaps this is the only facet of the game where 'passion' and 'desire' have the meaningful impact pundits hope for in all aspects of the sport, though. Rodgers himself has said as much.

“Defending corners is about organisation, but it’s primarily about wanting to put your head on it, that’s the reality of defending,” said the Leicester boss following Dawson's stoppage-time equaliser for West Ham.

“You can go zonal, you can block, you can go man-to-man. In defending a corner, you have to have that will to head it. If not, you’ll suffer, and that’s unfortunately what has happened to us too often this season.”

Ultimately, though, these long-term liabilities lay at the feet of Brendan Rodgers just as much as the heads of his players.

Posting the highest xGA per game total from set-pieces of any team since 2014 is worthy of heavy criticism, especially when the Foxes are bitten almost every single week.