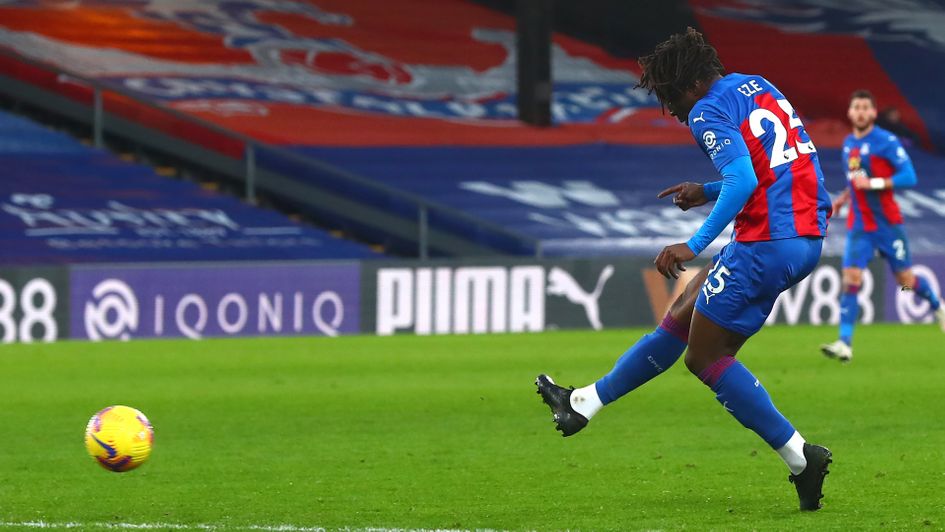 A wonder goal from Ebere Eze after Jeffrey Schlupp’s opener helped Crystal Palace return to winning ways and inflict more misery on Sheffield United with a 2-0 victory at Selhurst Park.

Roy Hodgson’s side had not tasted success since thrashing West Brom at the start of December but two first-half goals coupled with a professional display helped them to triumph in their first match of the year.

Blades boss Chris Wilder watched his team struggle to create chances in the capital and their 15th Premier League defeat of the term adds to their relegation worries.

Luka Milivojevic was a notable inclusion in the Palace XI despite pictures emerging on social media of the captain appearing to break coronavirus rules by mixing with Fulham ace Aleksandar Mitrovic on New Year’s Eve.

Sheffield United only had two points after 16 league games and were without several players due to a mixture of injuries, suspension and Covid-19 related issues.

Four minutes into proceedings at Selhurst Park and their problems increased.

A quick break down the left from Wilfried Zaha saw the Eagles attacker eventually able to find Christian Benteke and the striker played a perfectly-weighted through ball into the area for the opener. 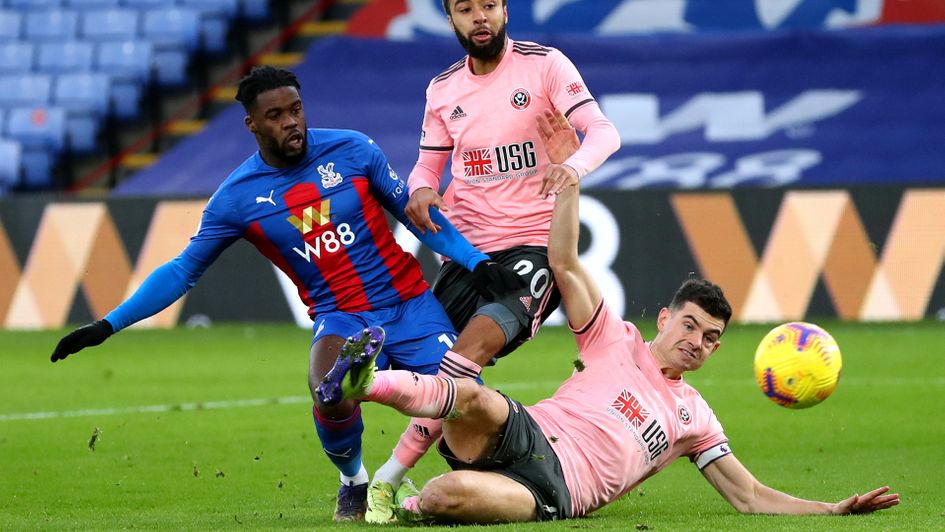 The onrushing Schlupp saw his effort take a deflection before it found the net via the post to take his account for the campaign to two.

It extended the Blades’ run without a clean sheet to 20 games, which was also the last time they clinched a top-flight victory – at home to Chelsea on July 11.

Chances were few and far between despite both teams showing good intensity on the ball in the first half but the visitors did manage to enter Palace’s penalty area in the 29th minute.

David McGoldrick was quickly crowded out, though, and the hosts looked the more likely with Benteke poking wide two minutes later after impressive play between Zaha and Schlupp.

The latter saw his afternoon end prematurely in the 40th minute when injury forced off the goalscorer and Eze was summoned in his place.

A lapse in concentration from the substitute almost proved costly four minutes later when Jayden Bogle ran away to collect Ethan Ampadu’s pass but Vicente Guaita came to Palace’s rescue with a save at his near post.

Ex-Derby youngster Bogle, who was making his full Premier League debut, was in action at the other end of the pitch moments later and shown a yellow card by referee Stuart Atwell for a cynical lunge on Zaha.

⛔️ STOP WHAT YOU ARE DOING!

Five minutes of stoppage time was added on at the end of the first half, following treatment for Lys Mousset early on, and the Eagles made good use of it by doubling their advantage with a goal of the season contender.

Substitute Eze collected James McArthur’s pass deep inside his own half and skipped past Oliver Norwood before he did the same to Ampadu and then produced a measured curled finish into the bottom corner beyond Aaron Ramsdale from 20 yards.

It was a wonderful solo effort and yet Hodgson was forced into another change minutes into the second period with the packed winter schedule seemingly catching up with Palace.

Benteke, who only returned to the starting XI last month, was replaced by Jordan Ayew in the 48th minute after he went down with a muscle injury.

Zaha was the next to receive treatment but he was fine to continue and Wilder made his first substitution with 61 minutes played when Rhian Brewster replaced Mousset.

The Blades manager only had six players on the bench and one was 16-year-old Antwoine Hackford, who made his debut late on but was denied a consolation by Joel Ward’s block.