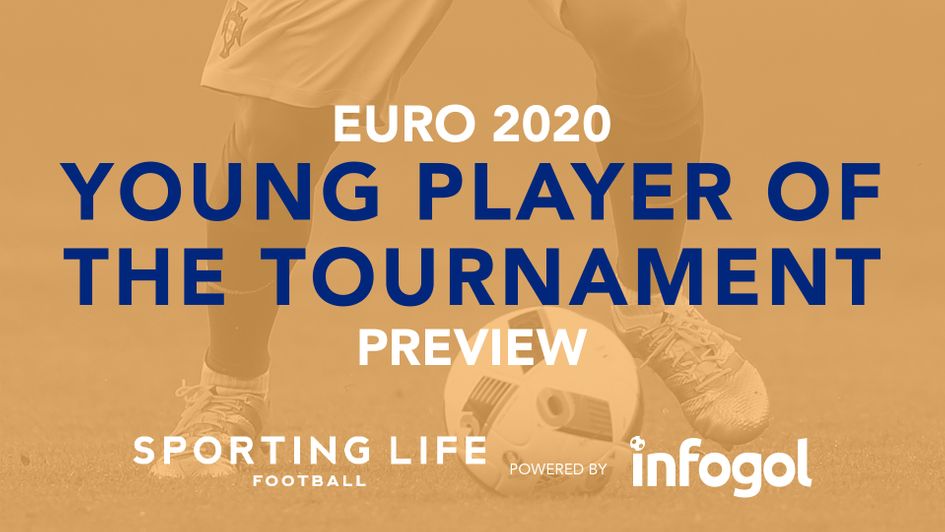 Tom Carnduff picks out his contenders and best bets for the UEFA Best Young Player of the Tournament award at Euro 2020.

A fairly new award for European Championships, the Best Young Player of the Tournament award focuses on the best player under the age of 23. While common at the World Cup, this is only the second European tournament where this award will be given out.

That's once in the last 13 World Cup tournaments. Renato Sanches, the winner at Euro 2016, lifted the trophy with Portugal but we don't have to worry a great deal about trying to pick a player for a team who may go the distance.

Sanches featured in all-but-one of Portugal's games en route to success in 2016. From the round of 16 onwards, he became a starter in the side so it's not vital that someone plays every single minute of the tournament to win this award. However, it does help if they are a regular.

Who will win the Young Player award at Euro 2020?

England are fancied to go far in this tournament and one of the reasons behind that is the number of talented young players they have at their disposal. It would have to go very wrong for the Three Lions not to have at least one contender for this award.

The favourite in this market, and rightly so, is PHIL FODEN. The Manchester City man should be in Gareth Southgate's starting line-up and it's clear to see how talented he is. Foden is the type of player you should build a team around.

It's difficult to see how Foden isn't a key part of the England team in this tournament. He should start most/all games and will contribute with goals or most likely assists for Harry Kane. When it comes to individual accolades, Foden's eye-catching impact will put him in a good position. 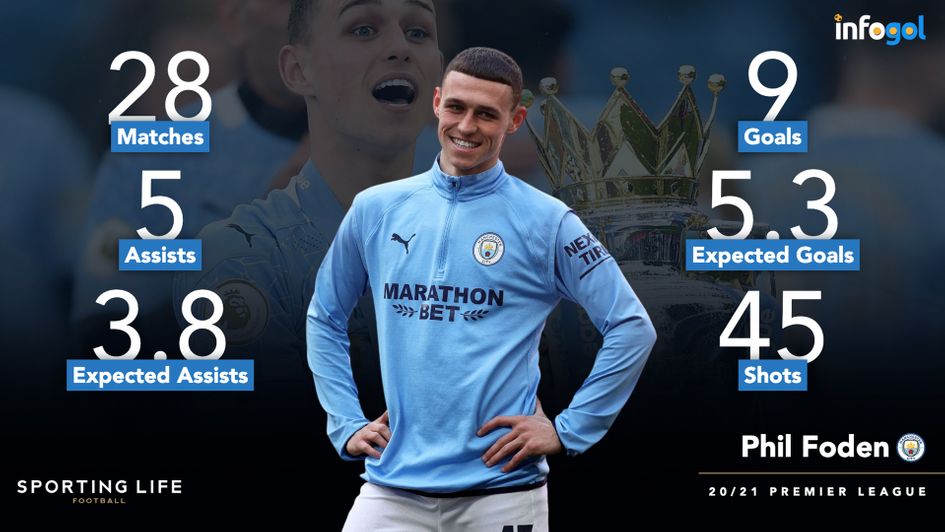 He leads the way for the genuinely talented crop of England players and there isn't a young player better than him in Europe currently. Foden's City season finished with 16 goals and 10 assists in 50 appearances across all competitions and that number should only grow in 2021/22.

The midfielder comes into the tournament on the back of making the Champions League Team of the Season and won individual accolades with England under-17s in 2017. He was named man of the match in City's 2020 Carabao Cup final success over Aston Villa too.

Now a regular with the England senior side, he is set for a big tournament and has every chance of justifying his favourites tag in this market. At a best price of 9/2, it's difficult to argue against backing Foden being at the top of this list - particularly if the Three Lions go far. 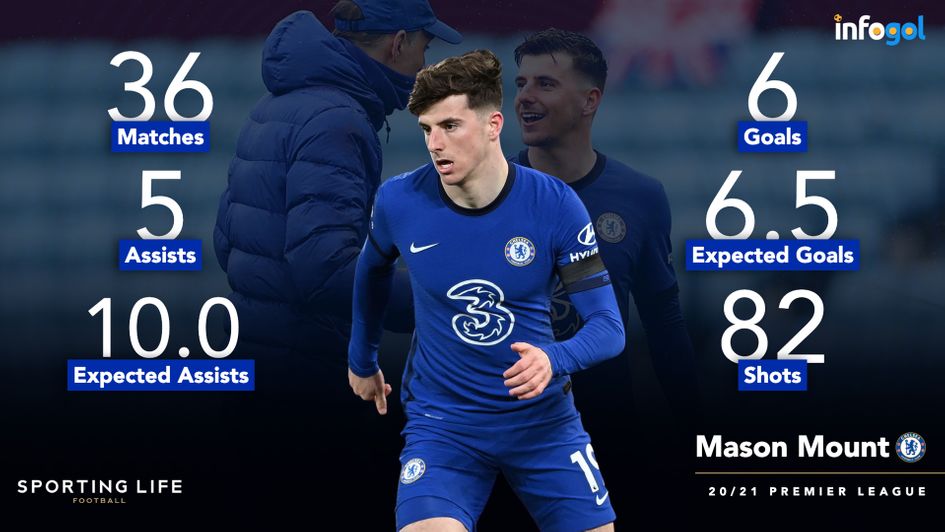 Battling Foden for top spot could be his England teammate MASON MOUNT. A favourite of Gareth Southgate and a player who simply has to start every game if they are to enjoy any success at this tournament - it's a surprise to see odds as big as 7/1 on him winning this award considering the season he's had.

The 22-year-old has proven himself as someone capable of playing for a successful club like Chelsea and not just that, he is a player they will look to include as central to their plans going forward. His 2020/21 campaign concluded with nine goals and nine assists in all competitions.

What could help Mount's chances to win this award is his versatility to play in various midfield roles. He can line up behind the striker or drop into centre midfield if required - as has been the case during his time in the first team at Chelsea.

It's likely we'll see him in an advanced role with Foden utilised out wide but it's an option available to Southgate. We may see Mount grab a couple of goals across the course of the season but the assists column is what the majority will be looking at.

What is Expected Goals (xG)?

He finished the Premier League campaign with five assists, adding another for a shot that was saved before being scored by someone else, but his expected assists (xA) figure was double his actual assists tally from open play, free-kicks and corners.

With a striker like Harry Kane leading the line, alongside the likes of Jadon Sancho and Foden out wide, England won't be as wasteful as Chelsea were which should mean assists for Mount. He comes into the tournament on the back of assisting the only goal of the Champions League final.

The 7/1 odds available looks too big based on the season he has enjoyed and the role he will play for this England side. Like Foden, a decent run for the Three Lions at the tournament will see Mount firmly in contention for this award.