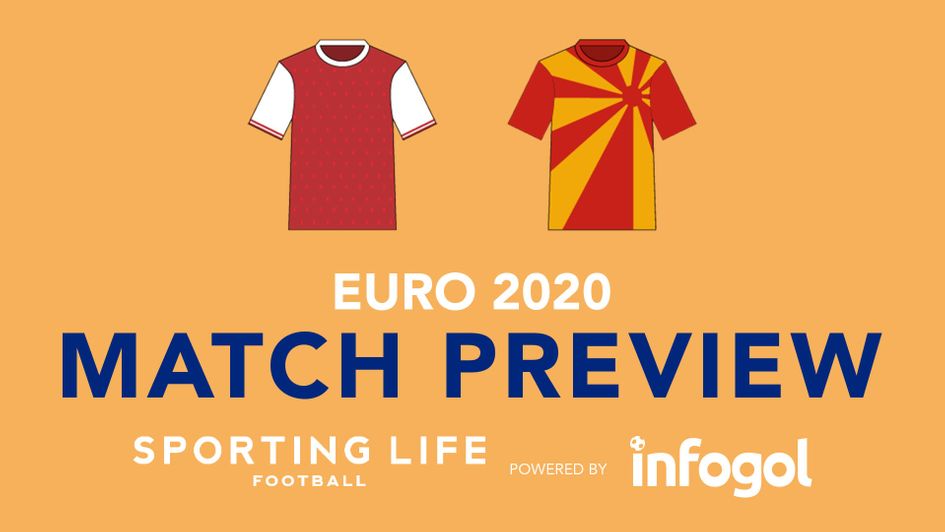 Liam Kelly looks at the Group C match-up between Austria and North Macedonia, providing a best bet for what should be an entertaining affair.

Tournament outsiders North Macedonia make their first appearance at a major tournament, facing an Austria team that beat them comfortably in Euro 2020 qualifying.

Igor Angelovski’s side are not to be underestimated, though, just ask Germany, who were beaten 2-1 by North Macedonia in a World Cup qualifier as recently as March — in Germany.

In fact, a number of their recent performances suggest North Macedonia deserve more respect, especially when it comes to challenging opposition defences.

Captain Goran Pandev will undoubtedly grab the headlines as a 37-year-old leading the line, which may be humorous to some, but he performs for his country in the big occasions, and is supported by some very accomplished players.

Enis Bardhi is an excellent little player who provides a real threat from set-pieces, while Napoli's Eljif Elmas is an exciting prospect that has delivered for his nation in recent matches.

While they do pose a threat going forward, North Macedonia's lax defence will be their biggest hurdle to making waves in their first ever major international tournament match.

That was on show in the meetings with Austria in the qualification stage, and a substantial reason behind North Macedonia having to qualify by means of Nations League and play-off success. North Macedonia allowed 8.87 expected goals against (xGA) in their two matches with Austria, losing the two games by a 6-2 aggregate scoreline.

It's difficult envisage North Macedonia being such a pushover in the biggest game in their history, but it doesn't mean we won't be treated to a goal-laden game. I'm more than happy to side with OVER 2.5 GOALS at a surprisingly high price of 11/8 here.

Despite failing to score in both of their warm-up friendlies, Austria should be given far more credit as an attacking team, averaging 2.57 xGF per game in a qualifying group that had a good amount of depth in the absence of top-end quality.

Franco Foda's squad is filled with high level talent, especially in forward positions. As a result, they should be far more equipped to do themselves justice after disappointing as lively outsiders at Euro 2016.

It would be foolish for both sides to shy away from their attacking strengths at this point, making an entertaining affair far more likely than the bookmakers are suggesting.