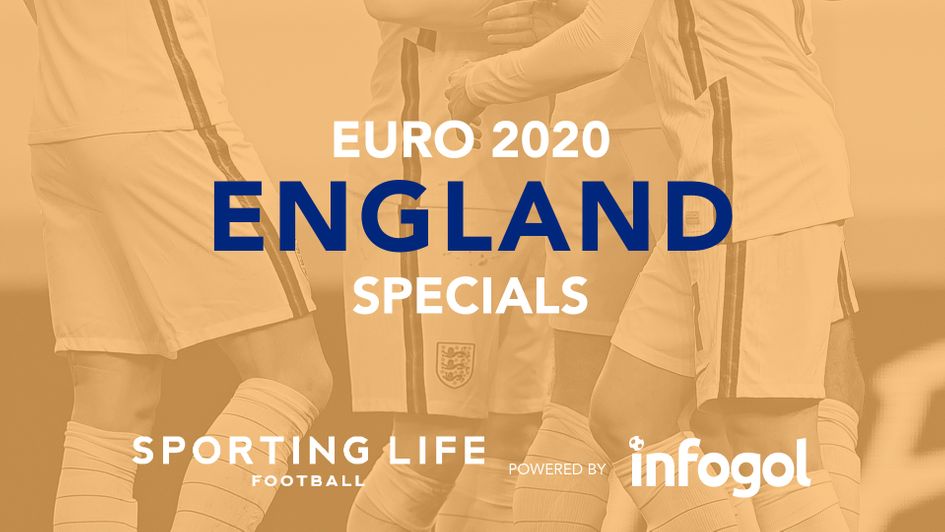 Liam Kelly looks at the England specials offered before Euro 2020, with Mason Mount of particular interest in a couple of markets.

3pts England to score Over 9.5 Goals in the tournament at Evens (MansionBet, 10Bet) 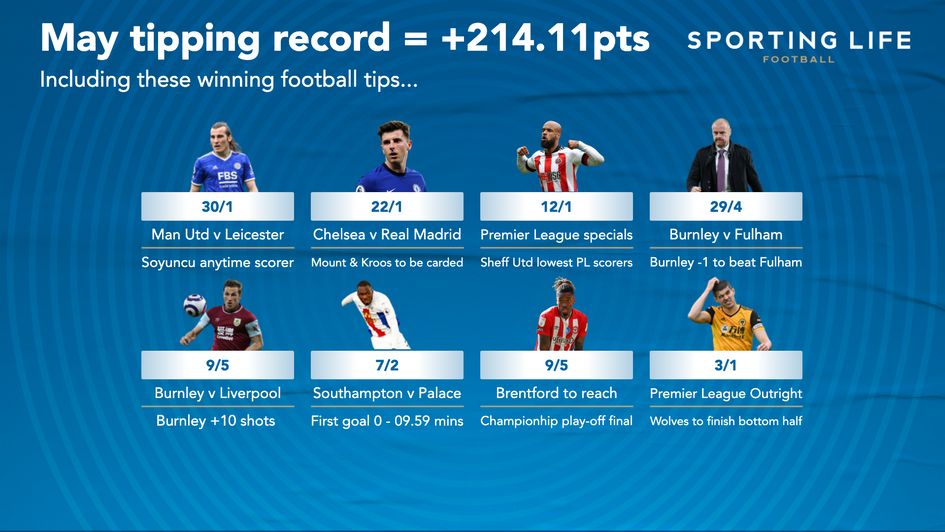 The Sporting Life football tipsters were in fine form in May, so follow their tips in June

It's major tournament time, a betting bonanza that offers us the opportunity to scour the many markets created for such a popular event.

With England set to start as one the favourites for Euro 2020, there's a real possibility football might actually come home this summer, so let's focus on the Three Lions camp in particular and pick out some value bets in the specials markets provided for the home nation.

Goals should flow for Three Lions

Let's begin with a simple bet in a simple market, ENGLAND TO SCORE OVER 9.5 GOALS IN THE TOURNAMENT. Admittedly, Group D is no cakewalk, but it shouldn't instill fear into an England side that will play their first three matches — and perhaps more — in the comfort and familiarity of Wembley Stadium.

England have scored an average of 3.63 goals per game in competitive matches at Wembley since the beginning of the Euro 2020 qualifiers, a rate that would make this a winning bet from the group stage fixtures alone.

Of course, tournament football will be a different matter, but there is no doubt that England's strength is in attack. It is also evident that their weakness is at the back, so goals could be a regular occurrence in matches involving Southgate's side, a recipe that will boost the chances of over 9.5 England goals.

Without tempting fate, a deep tournament run is expected of this extremely talented England squad, making this selection a confident pick behind the idea that more games will inevitably lead to more goals, especially if the Three Lions continue to play at the home of football.

Aside from Harry Kane, places in England's starting eleven are open for competition in advanced areas. However, MASON MOUNT looks likely to play a major part in Southgate's plans after a stellar campaign at club level.

His probable inclusion makes Mount of interest in a number of markets, most notably as a creator of goals. At 6/1, the Chelsea midfielder looks good value TO RECORD THE MOST ASSISTS FOR ENGLAND given his underlying numbers in the Premier League season.

Of the Premier League players picked for the England squad, Mount has registered the highest total of expected assists (9.99 xA) during the domestic campaign — a metric that measures chance creation more accurately than actual assists. 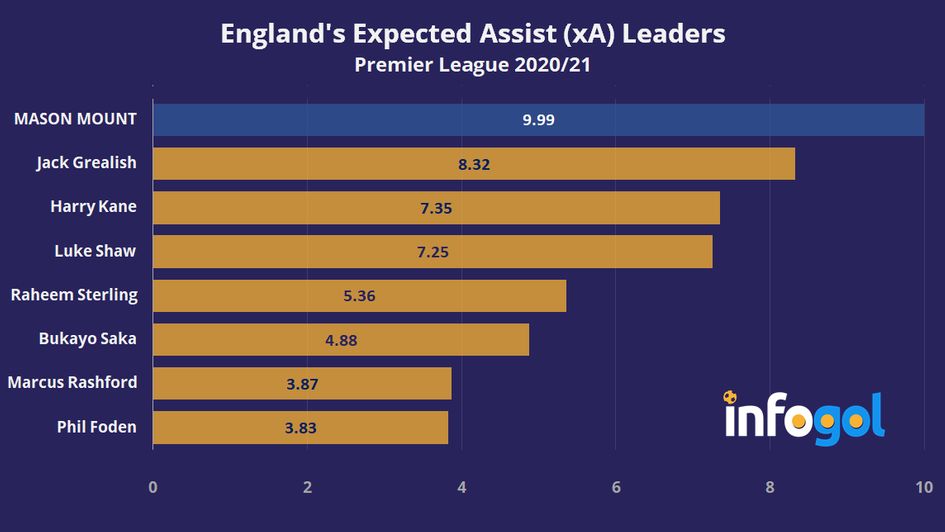 The 22-year-old is a possible candidate for set-piece duty, too, which could prove vital in separating himself from the bevy of talent available to England in wide positions. Thankfully, I doubt we'll see Kane try his hand as corner taker again!

That's not the only market that MOUNT looks value in. He is 14/1 with Sky Bet TO RECEIVE THE MOST TOURNAMENT BOOKING POINTS for England, which is a solid proposition when we look at Mount's stats this past season.

Mount could count himself fortunate to have only finished the league campaign with two yellows given he commits an average of 1.4 fouls per game from an average of 3.3 attempted tackles per game. 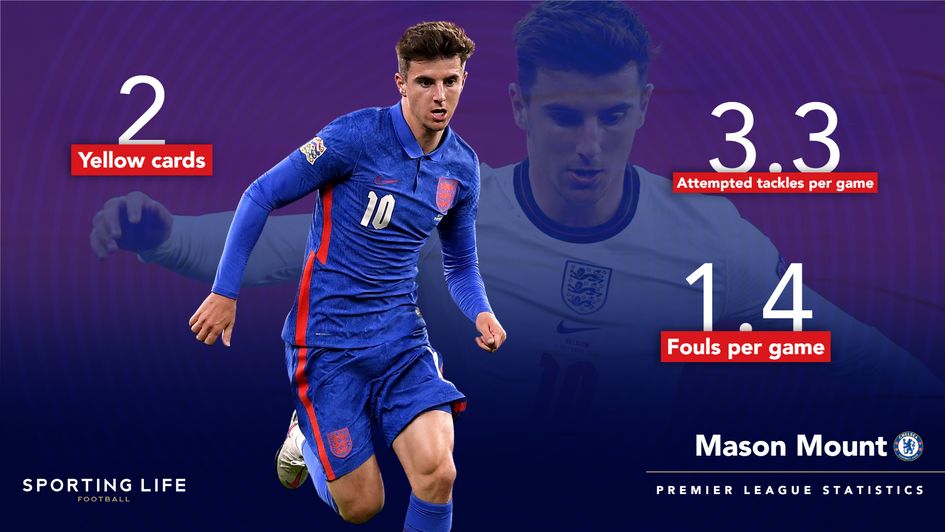 He is likely to be the trigger behind any indication of an England press, and the prospect of this side dominating the majority of their matches lends itself to more fouls in attacking areas.

The only players to average more fouls per game than Mount in the league are Kalvin Phillips and Jack Grealish, so, once again, it is Mount's likelihood of starting that makes him a standout bet in this category, though.

That foul rate jumps up to 1.6 in Chelsea's 2020/21 Champions League winning campaign, and Mount did collect four yellows in that competition.

Maybe tournament football elicits a further edge to his game. For the sake of this selection, let's hope so.