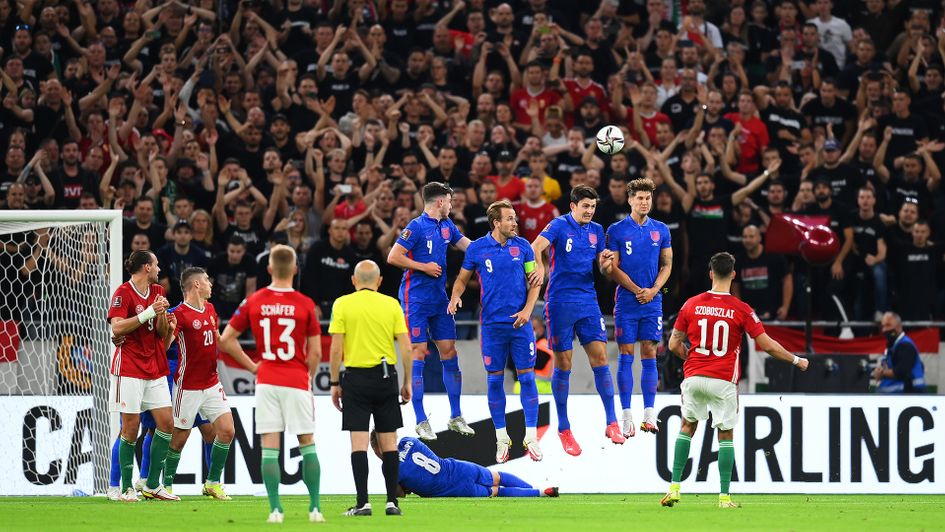 England are short odds for victory over Hungary but Tom Carnduff has found a best bet in the stats market.

England are closing in on their spot at the 2022 World Cup after a comfortable 5-0 win over Andorra on Saturday. Gareth Southgate's men return to Wembley to face a Hungary side they also beat with ease during the September international break.

The Three Lions are clear at the top of Group I with 19 points from a possible 21 and a four-point lead over second place Albania. While qualification remains a mathematical possibility for Hungary, the likelihood is that they won't break into the top-two with just three games remaining.

Hungary's away record isn't actually that bad but they have been playing opponents they are expected to beat or get something against. The only surprising one being the 2-2 draw with Germany at Euro 2020 - although Die Mannschaft's struggles at that stage played its part.

England are heavy odds-on for victory here and it's hard to disagree. The record at Wembley is superb and they don't tend to slip up now when the odds are in their favour. It should be another three points on the tally.

As was the case in Andorra - although this game isn't quite as bad - finding value in a game backed to be so one-sided can be difficult. We had two winners in England's last outing with Under 10 corners (10/11) and Jack Grealish anytime (7/4) both coming in.

However, the bookmakers have reacted to their overpricing of low corners in England games with odds of just 1/2 available on the count remaining in single figures here - it's an avenue not worth exploring again at that price.

That doesn't mean there is nothing to go at though and my attention was immediately grabbed by the 5/2 with Betfair for DOMINIK SZOBOSZLAI TO HAVE TWO OR MORE TOTAL SHOTS in this game. That's just for shots, they don't have to be on target.

It's a surprise to see a price as generous as this when we factor in that he's averaging 1.75 shots per game in World Cup qualifying so far - that coming from three starts and one appearance from the bench.

Szoboszlai had two shots when England won comfortably in Hungary last month and he's hit the huge totals of four in Bundesliga outings against Köln and Stuttgart for RB Leipzig. In three Nations League games across the September and November international breaks last season, the attacking midfielder posted 13 shots.

Hungary's qualification campaign so far has seen them average 11.6 shots per game. While they may have only been restricted to four against England, the fact that Szoboszlai had half of those shows his importance to this attack.

The fact that this bet is just shots is further boosted by his ability from set-pieces. He is a free-kick option for Hungary who will likely try and go for goal when given a chance in range - they know how limited these opportunities to get a shot away will be.

England's 10.1 fouls per game average is the lowest in the group - as expected when they are often dominating proceedings - but it may give Hungary a couple of decent shooting positions as they had last month.

The Three Lions should win this game comfortably as they close in on yet another World Cup appearance. However, with the hosts such a short price for victory, the value is in backing SZOBOSZLAI to have a couple of efforts towards goal.