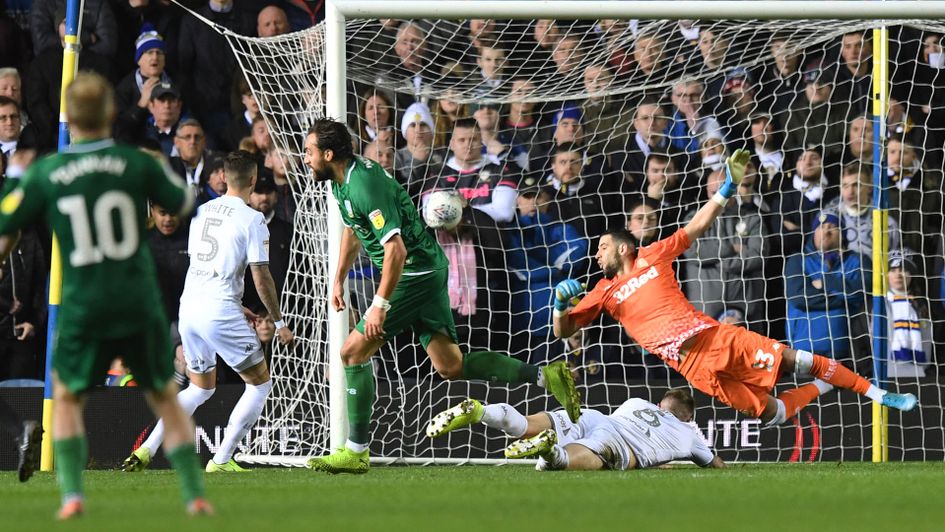 West Brom returned to the top of the Sky Bet Championship despite their draw at Charlton, as Leeds are beaten by Sheffield Wednesday at Elland Road.

Brentford kept the pressure on the Sky Bet Championship's top two with a comprehensive 3-1 win over west London rivals QPR.

Goals from the Bees' 'BMW' combination of Said Benrahma, Bryan Mbeumo and Ollie Watkins ensured the engine never looked like stalling on their promotion push.

Nahki Wells' consolation just after the hour mark was too little too late for a Rangers side that was blown away in a blistering first 45 minutes.

Lewis O'Brien's strike for the visitors soon after Chaplin's goal failed to spark a comeback.

The result means that Barnsley have now suffered just one defeat in their last eight games while Huddersfield have yet to win in 2020, going down to three straights since the turn of the year.

Following a quiet start, Barnsley struck in the 14th minute when Jacob Brown's low cross from the right-hand side of the area was tapped in by the unmarked Mowatt from close range.

Barnsley increased their lead in the 65th minute with Brown again the provider from the right-hand side of the area, squaring to Chaplin who fired into the net.

O'Brien pulled a goal back for Huddersfield a minute later with a thumping drive from the edge of the area.

The former Manchester United forward struck in the 17th minute - his second goal in as many games - to cancel out Adam Armstrong's close-range finish in the third minute for his eighth of the season.

It was all set for a grandstand finish that never came in a desperately disappointing second half. The closest either side came to grabbing a winner was when Declan Rudd left Armstrong's cross, only to see it hit the woodwork.

The draw does neither side any good in the pursuit for a top-six finish; both are now five without a league win.

An own goal by keeper Sam Johnstone denied West Brom victory but Slaven Bilic's side still returned to the top of the Sky Bet Championship following a 2-2 draw with Charlton at the Valley.

The Baggies twice took the lead, first through Kenneth Zohore, who struck the winner when the sides met in the FA Cup six days previously, and then through Hal Robson-Kanu at the start of the second half after Josh Davison had levelled.

But they failed to claim a first win in five league games when Charlton equalised again when the ball deflected into the net off Johnstone after the keeper had pushed Tom Lockyer's 76th-minute header against a post.

The draw meant Charlton avoided defeat in their first home league game since the recent takeover of the club - but Lee Bowyer's side have won just one of their last 15 Championship games.

Ivan Cavaleiro's first-half goal gave Fulham a 1-0 victory at Hull and a first ever success at the KCOM Stadium.

The home side could have been forgiven for welcoming this fixture, with the Cottagers not having tasted victory in East Yorkshire since 1996.

Yet Scott Parker's men battled to the three points and impressively strengthened their place within the Sky Bet Championship play-offs.

Parker will, however, be indebted to Cavaleiro, whose moment of quality settled a scruffy game that was blighted by stiff gales.

The Portuguese, who this week signed a permanent four-and-a-half-year contract from Wolves, showed his class with a controlled strike from just outside the penalty area.

Hull had their moments in the second half, but they rarely looked close to claiming a victory which could have taken them above Fulham in the Championship.

Parker's satisfaction at the performance will, though, be tempered by the loss to injury of talisman Aleksandar Mitrovic, who was stretchered off the pitch after 80 minutes.

Leeds were knocked off the top of the Sky Bet Championship table following a 2-0 defeat at home to Sheffield Wednesday.

Jack Harrison missed two good chances and Patrick Bamford had a goal ruled out for offside as Leeds enjoyed the better of the first half.

But they found the second half tougher going as Wednesday successfully stifled their creativity.

And the South Yorkshire side were given their rewards when Murphy beat Kiko Casilla from a narrow angle.

Nuhiu wrapped the points up four minutes into stoppage time after Adam Reach teed him up.

It left Leeds six points ahead of third-placed Brentford in the race for automatic promotion.

Birmingham ended a run of six league games without a win with a 2-1 victory at bottom side Luton.

Pep Clotet's side had taken just one point from a possible 18 going into the game, but always looked the better side at Kenilworth Road, as struggling Town suffered a third straight league defeat.

The Blues led with their first attack, Jeremie Bela's cross from the left hand side headed in by the towering Lukas Jutkiewicz at the far post on four minutes, despite the best efforts of keeper Simon Sluga.

The introduction of substitute George Moncur then looked to have changed the complexion of the game, as he along with LuaLua, gave City something to think about, the visitors starting to concede a number of free kicks.

From one of them, the hosts were level. Blues skipper Harlee Dean fouled Matty Pearson in the area for a penalty that was coolly converted by James Collins on 62 minutes.

However, Town were level for just seven minutes as half-time sub Dan Potts gave the ball away inside his own half and Gary Gardner raced away to exchange passes with Jacques Maghoma to slot past Sluga.

Luton could have snatched a point in stoppage time, as Collins backheeled to makeshift striker Sonny Bradley, but Lee Camp saved with his legs to ensure Blues were triumphant.

Duane Holmes' stoppage-time equaliser earned Derby a 2-2 draw and prevented Middlesbrough from making it five Sky Bet Championship wins in a row at the Riverside Stadium.

The Rams twice came from behind to secure a point and extend Wayne Rooney's unbeaten start with the club to three games.

Boro midfielder Lewis Wing opened the scoring in the 16th minute but Derby fought back after the restart, and there was more than a hint of good fortune about their equaliser when Jason Knight's deep cross dropped straight in after 54 minutes.

Promotion-chasing Nottingham Forest were denied a fourth successive league victory when they were held to a 1-1 Championship draw in a dramatic finish at mid-table Reading.

Forest went in front deep into stoppage time when skipper Ben Watson lashed home from the edge of the area.

But there was still time for Reading to equalise, when defender Tobias Figueiredo turned the ball into his own net from a left-wing cross.

Neither side impressed in a scrappy first half, Yakou Meite going closest to breaking the deadlock when his effort from a tight angle was saved by Forest goalkeeper Brice Samba.

In a more lively second period, Forest top scorer Lewis Grabban had a goalbound chip cleared off the line and Reading's Tyler Blackett struck a post.

Watson thought he had won it for Forest with a precise finish, but the even later own goal from Figueiredo from a Jordan Obita cross drew Reading level.

The 10-man Lions missed the chance to jump into the top six after settling for a point.

Gary Rowett's impressive start to life in London continued with just two defeats in his 14 league games in charge.

The Lions boss, though, will be disappointed his in-form charges were not able to put the struggling Potters away.

Michael O'Neill's Stoke are just a point above the dreaded drop zone after this latest draw.

Millwall's Shaun Williams was sent off with five minutes to go for clattering into Scottish defender Liam Lindsay.

Substitute Jamie Paterson scored one and made another for Famara Diedhiou in the space of two minutes as Bristol City got back to winning ways with a 2-0 Sky Bet Championship victory at Wigan.

The Robins had played second fiddle for the majority but raised their game in the last half-hour to arrest a run of five defeats in their last six matches.

Bristol City had offered until midway into the second period and took control of the game with two goals inside the space of three minutes to shock the DW Stadium.

With 13 minutes to go, Paterson went through one-on-one before sliding the ball underneath the advancing Marshall.

Then, two minutes later, Paterson played in Diedhiou, who lashed home into the far corner with the goalkeeper helpless. 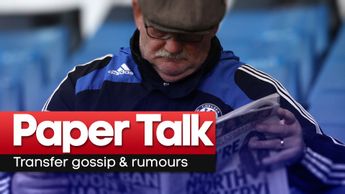 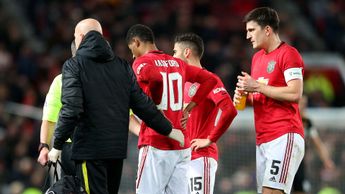 Rashford 'touch and go' for Euros

Despite Marcus Rashford being confident of returning before the end of the season, experts believe he's "touch and go" to make Euro 2020.

Rashford 'touch and go' for Euros

Despite Marcus Rashford being confident of returning before the end of the season, experts believe he's "touch and go" to make Euro 2020. 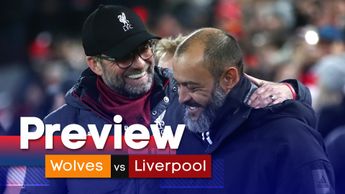 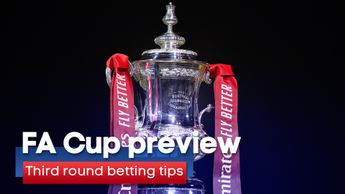