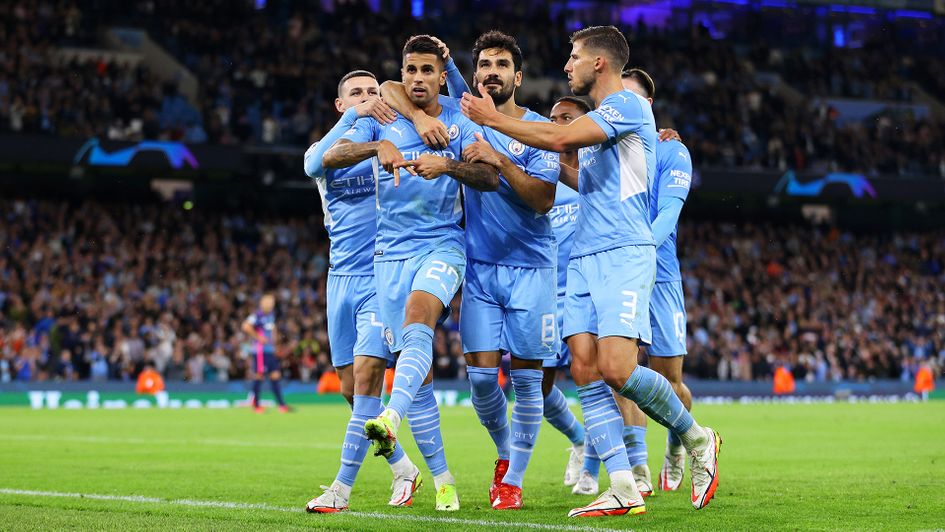 A review of Wednesday's action in the Champions League, where Manchester City and Liverpool were both involved in games filled with goals.

Manchester City launched their latest Champions League challenge with a remarkable 6-3 victory over 10-man Leipzig at the Etihad Stadium.

Five different City players got on the scoresheet for last season’s runners-up, who also benefited from an own goal in a thrilling end-to-end encounter to open Group A.

Christopher Nkunku scored a brilliant hat-trick in a losing cause for the visitors, who had former City left-back Angelino sent off in the second half.

City put six past RB Leipzig, but Joao Cancelo's was the pick of the bunch!

Such a pure strike 🚀#UCL pic.twitter.com/gRbpbnPUi0

Nathan Ake opened the scoring for City with Nordi Mukiele turning into his own net and Riyad Mahrez adding a penalty in the first half.

Leipzig, the 2020 semi-finalists, had threatened to be a tough test for Pep Guardiola’s side. In an attacking sense that proved the case but, defensively, City regularly cut the German team open. 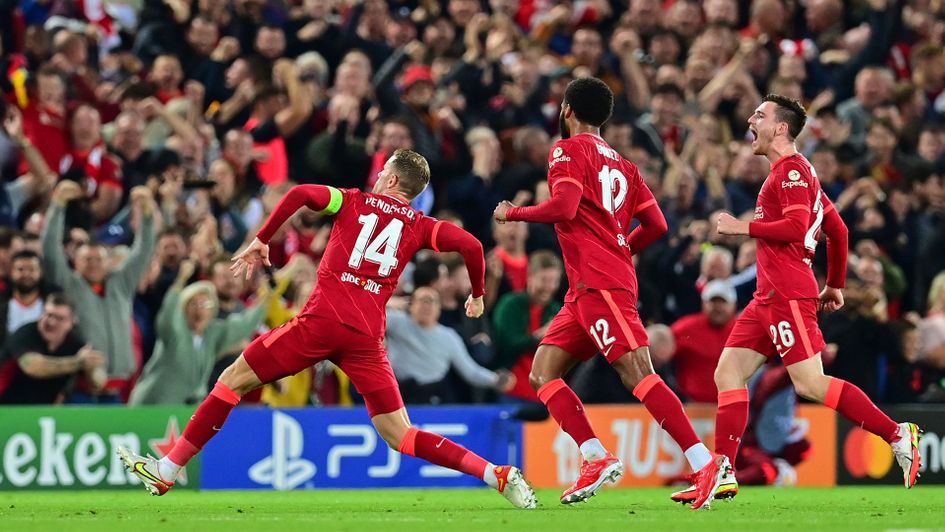 Liverpool built a Champions League reputation on their 2005 second-half recovery against AC Milan and they were required to come from behind again to get their European campaign off to a winning start.

The achievement was considerably easier than the seemingly gargantuan task of recovering from 3-0 down against the then mighty Serie A giants but they made much harder work of their 3-2 victory at Anfield than they should have done.

Such was their early dominance Jurgen Klopp’s side should have been out of sight well before Ante Rebic and Brahim Diaz scored within two minutes of each other just before the break to surprisingly turn the match on its head.

Trent Alexander-Arnold’s ninth-minute shot had deflected in off Fikayo Tomori before Mohamed Salah missed the chance to establish an early platform with his first failure from the penalty spot in 18 attempts.

Jordan Henderson launches a half volley into the corner of the net! No one is stopping a strike like that! 💥

Liverpool have their lead back 💪 pic.twitter.com/YsxcxHe72o

Despite trailing at half-time, Klopp would not have had to produce the rallying speech Rafael Benitez did in Istanbul as there had been very little wrong up to the point where they lost all defensive shape moments before the interval.

And even though Milan finished a distant second to city rivals Inter last season, they are not blessed with the star power of a Kaka, Paolo Maldini or Hernan Crespo and without the injured Zlatan Ibrahimovic, they lack real quality.

Liverpool turned up the heat with Salah’s 72nd goal in his 100th appearance at Anfield, shortly after the restart provided the necessary momentum and Jordan Henderson secured the win with a low half-volley.

Milan may have won seven European Cups but this was their first outing in this competition since 2014 and their inexperience showed as they constantly gave away possession having found themselves under pressure from the moment they won the toss and invited their hosts to attack the Kop.

Paris St Germain started with Lionel Messi, Neymar and Kylian Mbappe in attack but had to settle for a point in a 1-1 draw at Club Brugge.

Mbappe provided the assist for Ander Herrera to score his maiden Champions League goal for the away side, who saw Hans Vanaken level.

Meanwhile, England midfielder Jude Bellingham was the star of the show as Borussia Dortmund began their Group C campaign with a 2-1 win at Besiktas.

The 18-year-old’s smart control and finish gave Dortmund the lead before he set up Erling Haaland to double the visitors’ advantage in first-half stoppage time, while Javi Montero headed in a last-gasp consolation for Besiktas.

🎩 Sébastien Haller with FOUR goals (and counting) on his #UCL debut!

Haller had the visitors two up inside the opening 10 minutes before Paulinho pulled one back.

Steven Berghuis re-established the two-goal cushion as Haller then completed his hat-trick and added a fourth just after the hour.

Real Madrid secured a late 1-0 win over Group D heavyweights Inter Milan as Rodrygo struck with a minute to go at the San Siro, while Sheriff Tiraspol were victorious on their Champions League group stage debut – Adama Traor