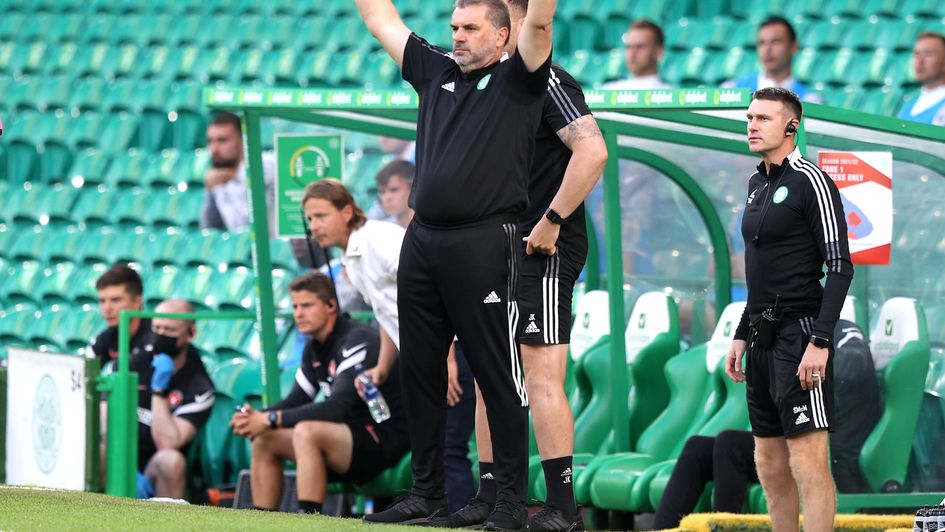 Ange Postecoglou’s tenure as Celtic boss began with an incident-packed 1-1 draw with Midtjylland as both sides ended the Champions League qualifier with 10 men.

Ange Postecoglou’s tenure as Celtic boss began with an incident-packed 1-1 draw with Midtjylland as both sides ended the Champions League qualifier with 10 men.

New Hoops signing Liel Abada, the 19-year-old Israeli winger, marked his competitive debut by scoring in the 37th minute of the first leg at Parkhead.

However, Celtic defender Nir Bitton dampened the enthusiasm among the 9,000 home fans when he was sent off late in the first half for needlessly picking up the second of two yellow cards for remonstrating with the visitors' Anders Dreyer after he had dived in the box.

Dreyer was sent off 10 minutes into the second half for another dive and, as the game swung from end to end, Evander levelled for the visitors in the 66th minute with a whipped-in free-kick to set up nicely next week’s second leg in Denmark, with the away goals rule not applying this season.

Celtic’s biggest home crowd since coronavirus restrictions came into place in March 2020 lent a raucous atmosphere to their side’s first meaningful game of the campaign.

The match burst into life in the 36th minute when Hoops attacker Ryan Christie struck the post from close range from Abada’s cross and then headed over from the same player’s delivery.

A minute later, Abada showed how it should be done when he swiftly flashed a rebound into the net after Midtjylland keeper Jonas Lossl parried a powerful drive from Christie.

More drama soon followed as Bitton, booked earlier for a foul on Brumado, was sent off by referee Sandro Scharer for lifting his hand to Dreyer after the Midtjylland player appeared to go down too easily in the box. 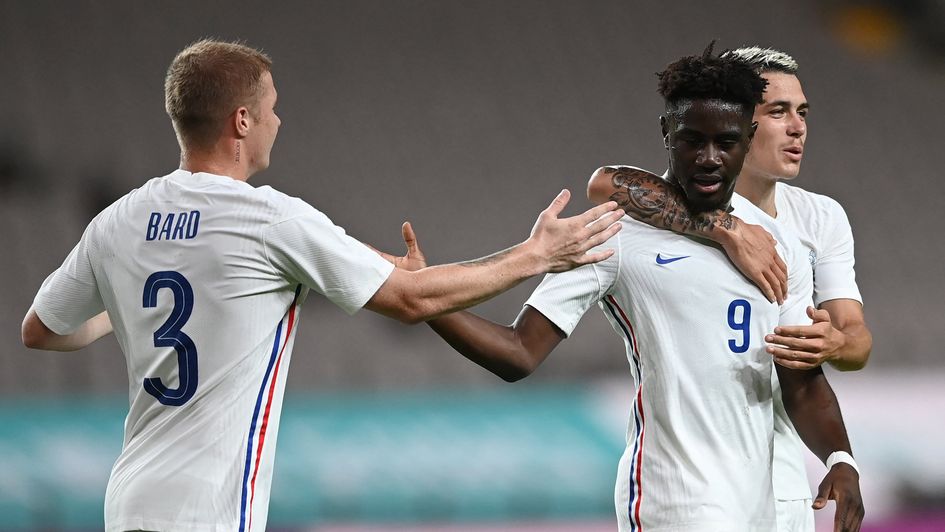 The Celtic fans cheered when the Danish winger received another yellow when he went down at the edge of the box under the close attention of new Hoops captain Callum McGregor.

Then, as the belief returned to Parkhead, the Scotland midfielder skimmed the bar from the edge of the box with a terrific drive before Edouard was put through only to hit Lossl with an unconvincing strike – and Celtic soon paid for that miss.

After being brought down by Celtic defender Stephen Welsh 10 yards in from the byline on the left, Brazilian midfielder Evander, who had come close minutes earlier with a drive, hammered his free-kick in off the far post with questions surrounding Parkhead keeper Vasilis Barkas as the tie remains up for grabs.