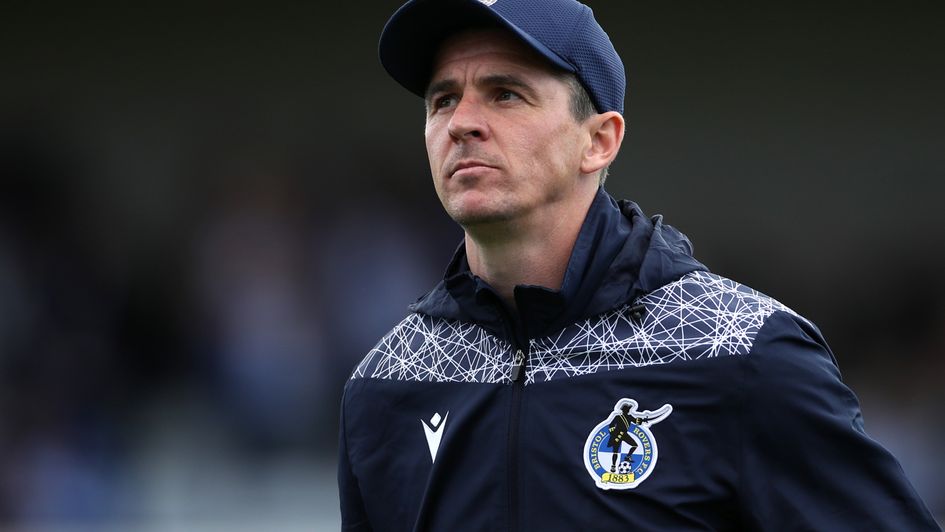 Joey Barton is the favourite to take over at Burnley.

The odds have tumbled on Barton to succeed Sean Dyche at Turf Moor with the 39-year-old now the clear 11/10 favourite to take the Burnley reins, having been as long as 11/1 for the job on Thursday.

The Clarets were the final club Barton turned out for during his 15-year playing career, which began with Manchester City and also took in Newcastle, QPR, Marseille and Rangers.

Barton moved into management with Fleetwood Town in 2018 and spent three years there before taking charge of Rovers and leading them to a dramatic final-day promotion from League Two in his first full campaign as Pirates boss.

Burnley sit outside the Premier League relegation zone on goal difference after picking up three wins and a draw in their five games under caretaker boss Mike Jackson, who is 14/1 to get the job full-time.

The market indicates the Clarets are seeking a "big-name" manager to replace Dyche, with Barton, Vincent Kompany - currently enjoying his first managerial stint with Belgian side Anderlecht - and Derby boss Wayne Rooney leading the way.

Should Barton take over at Turf Moor, he would be the second promotion-winning League Two manager to make such a leap this week after relegated Watford confirmed they would be appointing Forest Green's Rob Edwards as their new boss.