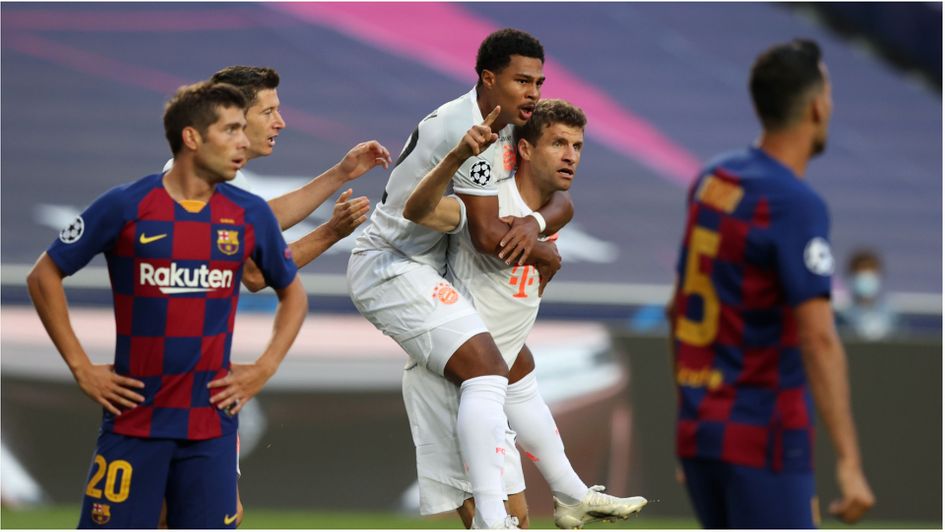 While it was a scintilating display of attacking and finishing from Hansi Flick's side, Barcelona led to their own downfall with some woeful defending in a lacklustre display that saw them out-fought, out-thought and out-worked in every department.

The German champions will be waiting for the winner of Saturday’s Man City v Lyon game, and they laid down a huge marker with a demolition job that embarrassed Lionel Messi’s side.

Bayern, who were our pre-season Champions League outright tip at 14/1, are now the 6/4 favourites to win the competition after their brutal dispatching of the Spaniards.

Barca last conceded eight goals back in 1946, but they managed to equal that effort as they capitulated in the second half after going in 4-1 behind after a frenetic first half.

Thomas Muller scored the first of his two goals after just four minutes, before a bizarre David Alaba own goal levelled the scores – that was to be as close as Barca came though to making a game of it.

Serge Gnabry walked through the middle to score, Ivan Perisic added a third before Muller made it four at the break. Luis Suarez pulled a goal back after the interval but Joshua Kimmich quickly restored their three-goal lead. 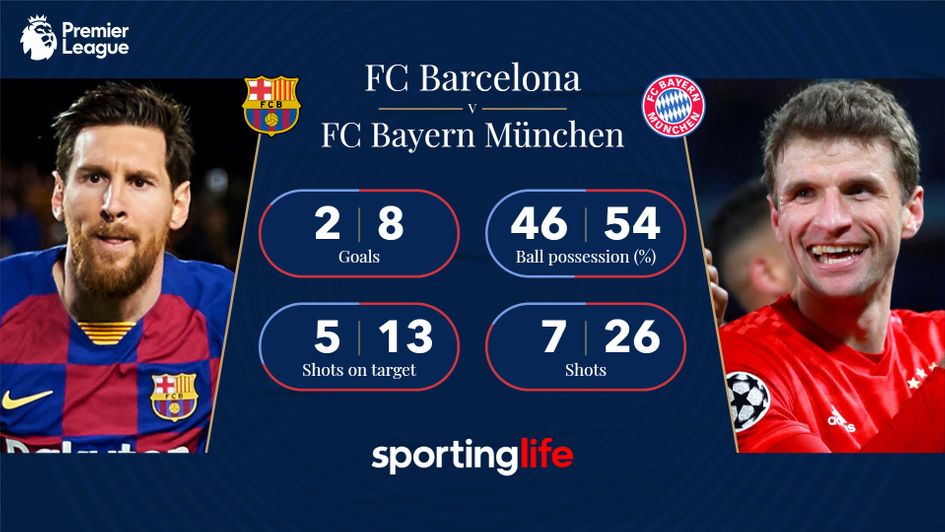 Philippe Coutinho, on loan from Barcelona of course, then came off the bench to produce a stinging late cameo to add salt into the wounds - firstly by setting up Robert Lewandowski for his customary goal, taking his tally to 54 for the season.

Coutinho then added two late goals of his own as Barca basically downed tools and resigned themselves to another disappoiting Champions League exit, and pile huge pressure on coach Quique Setien who surely won't survive at the helm after that result.

😲 If this was Lionel Messi powering down the left we'd all be going nuts...

👀 Instead it's Bayern's left back! Take a bow Alphonso Davies#BarcaBayern #UCL pic.twitter.com/iWCKkdAcIy

💥 Bayern just carving Barca up at will... This could be anything! #BarcaBayern #UCL pic.twitter.com/qNkuTX9ldK

🤦 Give David Alaba 100 goes and he couldn't do this again! #BarcaBayern #UCL pic.twitter.com/57vTtANtMY