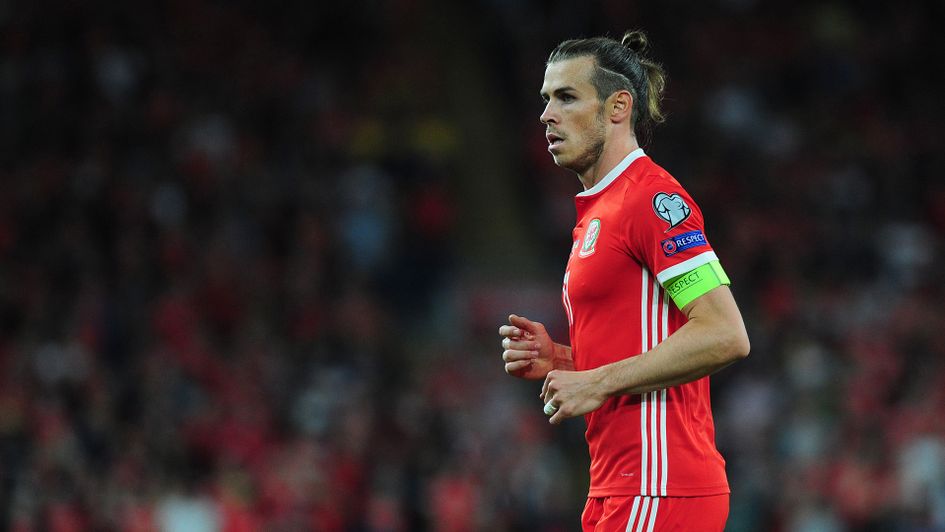 Gareth Bale looks to be heading back to Tottenham

With Gareth Bale’s agent working on a deal to take the Real Madrid winger back to Tottenham, reportedly on loan, we look at why it's the perfect move for him.

Spurs are now the 1/6 favourites with Sky Bet to sign the Wales international in the current transfer window.

At the start of the summer, Bale's agent insisted his client was "going nowhere". As a tactic it made sense that Jonathan Barnett would take that stance to maintain a strong bargaining position, but he's now in talks over an exit.

The position had softened somewhat since then, with Bale stating publicly earlier this month for the first time that he wanted to leave the Bernabeu - now he could be getting his wish.

“I think the club needs to answer the question about my future because I tried to leave (for China) last year. They blocked everything at the last second," Bale told Sky Sports.

“It was a project I was excited for last year but it didn’t materialise.

“There’s been other instances where we’ve tried to go but the club won’t allow it or done something. So it’s for the club.”

Bale's situation in Madrid has reached such an irreparable point that as many people have long suspected, he would jump at the chance of a move, should the right one present itself - as was proved last summer when only an 11th hour change of heart from Real prevented him joining Chinese club Jiangsu Suning.

Former club Spurs have looked like Bale's most likely destination this summer, with Manchester United never far behind in the betting. A loan move to north London is now looking increasingly likely.

So why are things so difficult for Bale in Madrid? 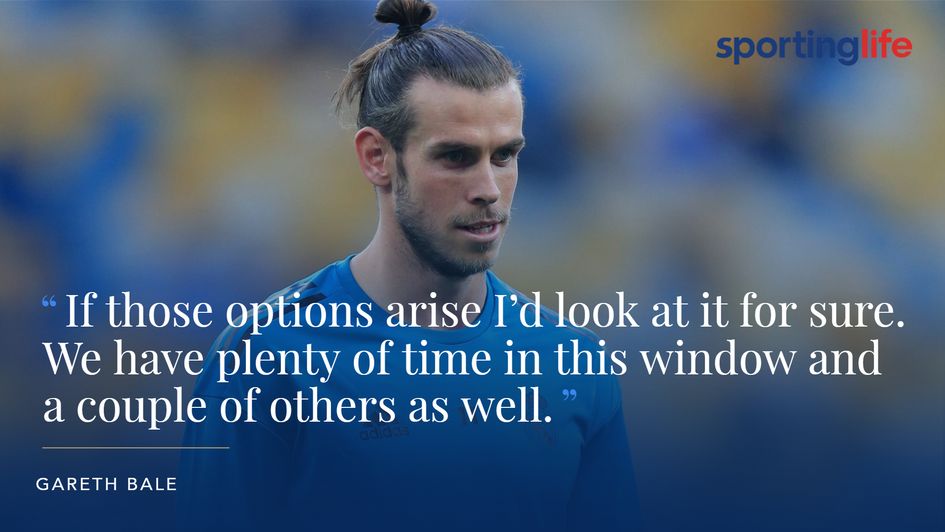 Gareth Bale on links to Tottenham and Man Utd

It's seven years since Bale made a world record €100m move from Tottenham to Real.

Based purely on success, he should be a club legend now - not an maligned, mocked outcast. Things have become so toxic for him in the Spanish capital in fact, that it's easy to forget that there was a time when he did have hero status.

Bale arrived at the club in the summer of 2013 and despite an injury-plagued first season, sealed a place in folklore. A late winner against Barcelona in the Copa del Rey final was followed by an extra-time winner against Atletico Madrid in the final of the Champions League, a goal which ended Real's 12-year wait for 'La Decima' - their 10th European Cup.

By January his own fans were booing him for shooting when they felt he should have passed to Cristiano Ronaldo.

Since his first season he has helped Madrid win La Liga twice, become champions of Europe three further times and lift the Club World Cup on four occasions. And let's not forget that their 2018 Champions League final win over Liverpool came thanks to two goals from super sub Bale, one a stunning overhead kick.

How could a player not want to leave when they still receive zero gratitude, and worse still are constantly painted as the villain?

Add in a mattering of the various criticisms that have been sent Bale's way: he doesn't speak Spanish, plays too much golf and goes to bed at more of a traditionally British time.

Even with all of that, if you were playing matches and enjoying it then it might just be livable. But the overriding problem for him in Madrid is his relationship with head coach Zinedine Zidane.

The Frenchman simply does not fancy him. He used the 31-year-old in just 20 of Real's 51 matches this season and none of their final six league matches, leaving him out of the squad for their final game of the season. It's pointless speculating over why Zidane doesn't see the Welshman as part of his plans, what matters is he clearly doesn't.

That disconnect culminated in two post-shutdown incidents which pretty much summed things up: Bale laughed and then feigned going to sleep when Zidane used up his final substitution against Alaves on July 12, then he asked not to travel for their Champions League trip to Manchester City on August 7 because he knew he had no chance of playing.

🎢 Gareth Bale may have angered Real Madrid once again...

The main obstacle for any club looking to sign Bale, as he himself has pointed out, is that he is under contract until 2022. He also being paid €17m a year - an eye-watering weekly wage of £540,000.

Real must be regretting their late decision to demand a transfer fee from Jiangsu.

Even before Bale's public criticism of the club, it was believed that the Spanish champions were coming round to the idea of a loan deal, with subsidised wages, so desperate are they to get rid so they can instigate a long overdue rebuild.

Which is where Spurs come in.

But all three links have good reasoning behind them, and this is the first time they have married up.

When Mourinho was Manchester United manager, they were constantly rumoured to be trying to sign the Welshman. But back then, Bale had several more years remaining on his contract and was still heavily involved in the Real team - although his relationship with Zidane was already poor - so on top if his wages, it would've been a £100m deal.

Those days have gone, and is there a person in football who loves a good deal more than Daniel Levy?

Bale on loan would top the lot. 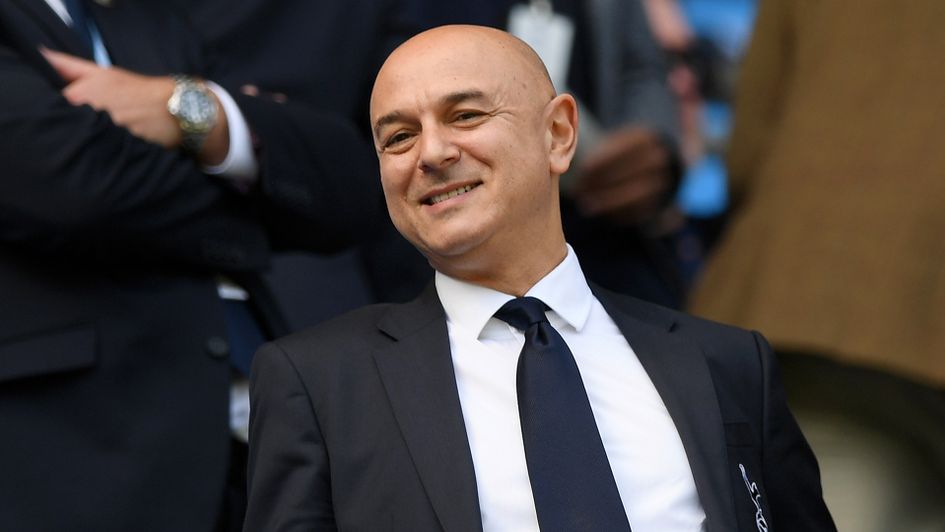 Mourinho is thought to have sounded his boss out over the potential for bringing Bale back to the club, and both will doubtless be aware of a compromise recently made that had the Portuguese's fingerprints all over it.

Man United's disastrous signing of Alexis Sanchez ultimately led to them loaning him to Inter Milan and paying a frightening two thirds of his £400,000 per week wages. So it does happen.

Levy's well-earned reputation for to driving a hard bargain gives Tottenham an edge.

And no wonder Mourinho wants Bale. As shown by their dismal opening-day defeat by Everton, Spurs are a long way from challenging Manchester City and Liverpool in the Premier League title race, and with all due respect to Matt Doherty, Pierre-Emile Hojbjerg and Joe Hart, they won't be what bridges the gap.

But Bale could be.

Bale infamously held up a flag saying 'Wales. Golf. Madrid. In that order' when celebrating his country's qualification for Euro 2020, and with the Euros taking place next summer he would surely not want to prepare with a season of being frozen out.

He often talks about his love of playing for the national team as an escapism from the realities of life in Madrid. The contrast of Wales fans' adulation with Real fans' vitriol, how nice would it be to play for a club for whom he already has hero status?

Bale's phenomenal achievements for Los Blancos are shockingly overlooked by their own fans, largely because of an unfair comparison with Ronaldo, but it is also easy to forget just how good he was before joining Madrid.

Just referencing the 2012/13 campaign, playing in a Spurs team that finished fifth in the Premier League, he scored 26 and assisted 15 goals in all competitions, with many of his own efforts things of self-made beauty.

Returning to a place that feels like home is Tottenham's edge.

When £140m Philippe Coutinho scored twice against parent club Barcelona, capping off their humiliating 8-2 defeat by Bayern Munich in the Champions League quarter-finals, he probably thought the same.

But it didn't stop it happening.

With Coutinho now back in the fold at the Nou Camp, it's Bale's turn to make a career-saving move that's actually beneath him.

According to his agent that is.