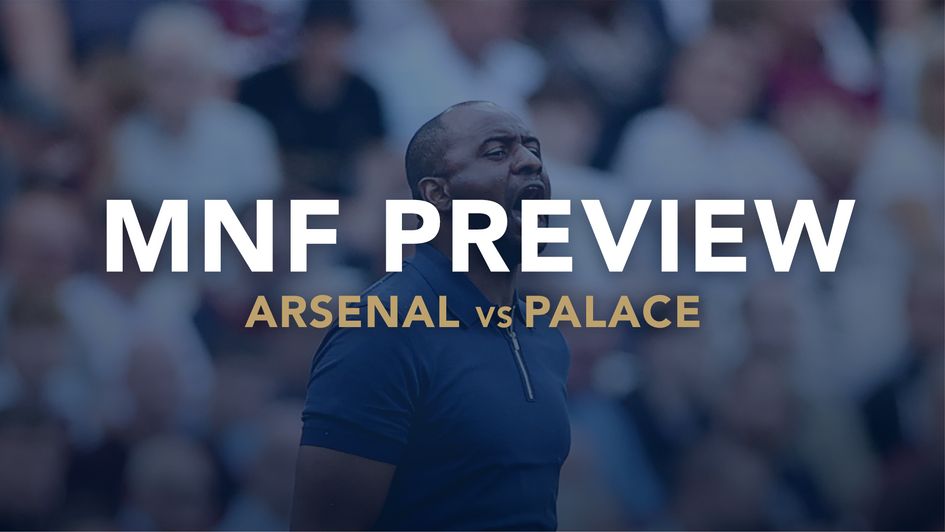 Arsenal's start to the campaign has been mixed with five wins from their last six and a 0-0 draw with high-flying Brighton last time out. For Palace, wins have been difficult but they are also picking up points - they have only lost one of their last five.

Infogol's table based on performance has both in false positions. Arsenal are 11th while Palace are 14th but the expected table has the visitors above Monday's opponents. The Gunners have under-performed on xGF and over-performed on xGA.

It's enough to question the short 3/5 price on an Arsenal win here. They could easily win as recent form has shown but Palace are managing to avoid defeat - it could be another contest where the points are shared.

The good news for the punter and the neutral is that Mike Dean has been appointed the referee for this one. It opens up big value in the cards market given his track record.

Dean has shown at least four cards in four of his five outing so far. Last season, he averaged 3.96 cards per game so there is every chance we could see a few more dished out here. With 40+ booking points at 8/11, the best route is to target individual players to be carded.

The first of which is the duo of TAKEHIRO TOMIYASU AND JAMES MCARTHUR to be booked at a best price of 19/1 using the bet builder with Betfair. Both should catch the official's attention at some point.

McArthur is one of the leading Palace players when it comes to average fouls per game. Only Conor Gallagher (2.3) can better his 1.7 and the fact he has been involved in all seven games so far shows his importance to the midfield.

He's already been booked a couple of times and a talented Arsenal attacking midfield could draw him into committing more fouls. With Gallagher a much shorter price for a card, McArthur represents value as part of the double.

Arsenal right-back Tomiyasu may only be averaging one foul per game but his battle with Wilfried Zaha will see him drawn into late challenges. The Palace forward is fouled, on average, 3.4 times per game - that makes him the most fouled player in the Premier League by a significant 0.5 per game margin.

In the individual cards market, the value looks to be in backing ALBERT SAMBI LOKONGA to be carded. He already has two on his tally in his short Arsenal career.

The midfielder has only averaged 0.8 fouls per game but the times and areas where he's committing these fouls is catching the referee's attention. We could expect more to come - his 2020/21 campaign at Anderlecht saw 1.2 fouls per game.

A point of interest in this area of the pitch is how three Palace centre midfielders all see one or above average fouls per game - Luka Milivojevic, McArthur and Gallagher. Lokonga will be up against this trio.

Ultimately, the uncertainty surrounding the result due to performances creates little interest in the outright result - although there is temptation to side with Palace on a double chance. Instead, with Dean in charge, we're backing LOKONGA, MCARTHUR and TOMIYASU in the cards market.